When John Meyler released details of his Cork side to face Kilkenny in the opening game of the National League last week, one addition caught everyone by surprise.

Although Anthony Nash is entering into his seventh year as Cork's #1, he was not supposed to be included on this opening night. While much has been "written and spoken about it" since, Nash has revealed why he, and he alone, had put himself forward for such a mammoth task of playing two games in the space of five hours.

With Cork v Kilkenny set for a 7pm throw-in on Saturday evening in Cork, Nash's club Kanturk had had their All-Ireland intermediate semi-final rescheduled for 2pm ... in Newbridge, Co. Kildare.

While it was feasible that the All-Star winning goalkeeper could get from Newbridge to Páirc Uí Chaoimh in time, how could he expect to play two games within five hours? Had Meyler forced Nash to turn out for Cork irrespective of his club commitments?

I put myself forward to be selected. That was as simple as that. I heard stories of people giving out about John forcing me to do this. John didn't, it was actually the opposite. Like Páirc Uí Chaoimh under lights, the first Cork hurling match, I was mad to play.

I'd spoken to management and laid out my plans and just said it to them. It was John and the management who said, to be fair to me and to Kanturk, to go and concentrate on them.

It was just the whole occasion, but ... I put myself forward to be selected initially and I suppose a bit of common sense from the management and they had a chat with me about it. 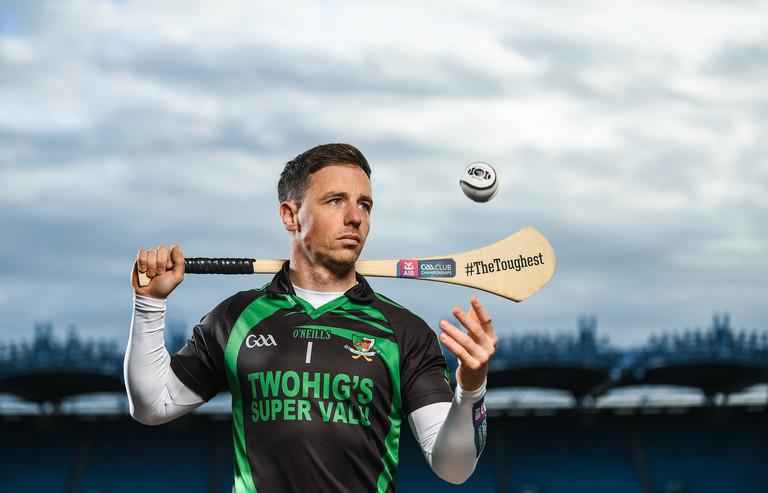 In the end, Nash wouldn't play for Cork on Saturday, although he was in attendance as Meyler's side overcame Kilkenny in a tightly-contested affair.

"I was actually down in Cork at 5pm so we'd loads of time to spare and it was just nice to be involved with the panel on a great occasion."

Slightly offended by the suggestion that he could be "forced" to do something so extreme, and that Meyler could be perceived in such a vindictive light,  Nash reaffirmed that, Meyler, "nor any other manager ever forced me to do anything" that he didn't wish to do.

As for how Meyler himself had dealt with these accusations, the Kanturk man is sure it was "water off a duck's back" to him.

To Nash's good-fortune, he will also be in absentia for Cork's next league fixture against Wexford on Sunday also - Kanturk have an All-Ireland final to play against Kilkenny's Ballyragget in Croke Park.

It is an eventuality that he would like to replicate with the Rebels in seven months time:

There's a great camaraderie within the [Cork] panel. ... There's a good buzz there and whatever else comes with it, that's where we'll find out in the league, competitive games, you're going in with the best that's there.

That's the only way you're going to find out.

GAA
6 months ago
By Michael McCarthy
Who Is The All-Star Centre-Back Of The Last 50 Years?
GAA
3 years ago
By Arthur James O'Dea
"Give Him The All-Star Now" - Anthony Nash Makes Incredible Diving Save
GAA
4 years ago
By Maurice Brosnan
Richie Power Claims Anthony Nash Ball-Tampered During All-Ireland Quarter Final
Previous Next

GAA
6 months ago
By Michael McCarthy
Who Is The All-Star Centre-Back Of The Last 50 Years?
GAA
3 years ago
By Arthur James O'Dea
"Give Him The All-Star Now" - Anthony Nash Makes Incredible Diving Save
GAA
4 years ago
By Maurice Brosnan
Richie Power Claims Anthony Nash Ball-Tampered During All-Ireland Quarter Final
Popular on Balls
Football
18 hours ago
By Colman Stanley
BBC Apologise After 'Manchester United Are Rubbish' Ticker Error
Football
1 day ago
By Gary Connaughton
Gary Neville Worried About Future Of Burnley After Relegation To Championship
GAA
2 days ago
By PJ Browne
Controversy In All-Ireland U20 Hurling Final Over Dubious Crucial Point
GAA
1 day ago
By PJ Browne
How A Kerry Guard Ended Up Playing For The Tipperary Footballers