Listen: The BBC NI Commentary For Antrim's Late Win Over Sligo Was Sensational

It was a cracker at the weekend in the Allianz League between Antrim and Sligo. The Saffrons continued their push in Division 4, booking their place in the semi-finals of the league by pipping the Connaught rivals by a single point.

Even better was the manner in which Antrim secured the win: a breathtaking, stroke-of-the-clock strike from Antrim stalwart Paddy Cunningham nudged the Ulster county over the line.

😧 Scores level at 3-12 each deep into injury time between Antrim and Sligo.

And as the old idiom goes, for every dramatic sporting moment, there is a always local radio commentator on hand to give a completely over-the-top yet perfectly encapsulating rundown of the event.

In the case of Antrim beating Sligo in the dying moments of their Allianz League clash, the onus fell on the lads at BBC Sport NI.

?️ Hope Mark has calmed down by now ? ⤵️ pic.twitter.com/0fiwoklDLB

There's some absolute gems in this monologue.

Paddy Cunningham has popped the ball over the bar!

Cunningham, at 35 years of age, he gets a blood transfusion every 8 weeks because of an illness, and Paddy Cunningham, has he done it? Has he won it for Antrim? Yes he has!

Forgive me folk... I'm kind of a wee bit hysterical here. It just about had everything, that game.

SEE ALSO: 'He Was Ahead Of His Time. He'd Go To Bed For A Couple Of Hours During The Day' 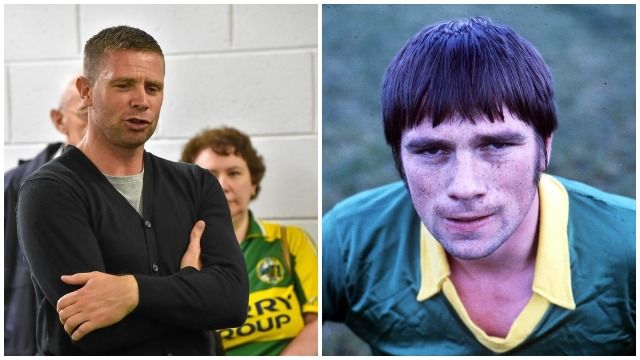