In the winter of 2016, apart from not having won the All-Ireland that year, life really could not have been much better for Austin Gleeson. At just 21, he had been named both Hurler and Young Hurler of the Year.

Since that campaign, one which saw him star in an All-Ireland semi-final draw and replay with Kilkenny, Gleeson has not scaled that peak again. Looking back now, he realises that he became distracted - comfortable at base camp - and failed to put in the effort required.

"It was tough, I’m not going to lie but a lot of it was my own fault, especially that winter," he says, speaking on Monday at the unveiling of UPMC as the GAA/GPA's official healthcare partner.

"Management and training and all that, they could have done what they wanted, it was my own self-belief thinking ‘Ah yeah, I’ll be grand come April, I’ll get back there anyway’ but I just never did because I didn’t put in the work that I did in winter 2015.

"I never realised [my head was turned], being honest, until this year. I never really copped on and matured to realise that your career could be over in the blink of an eye, no matter what. You could go out on the field - touch wood I’ve never had a bad injury - but you could get a bad injury.

"It’s something that really clicked with me this year. I said I was going to give my all to everything, that I’m going to do that from now on - there’s going to be no second measures.

"I’m 25 next June so I could have only four or five years left and I want to get back to playing at the top with Waterford again."

This year - for the second consecutive season - Waterford finished bottom of the Munster Championship group. Their season was done and dusted by early June.

It wasn't the way they wanted it to go but for Gleeson, there was an upside: He got to spend two months in New York. During that time - one which was his first real extended period away from Waterford - he found the headspace he needed. 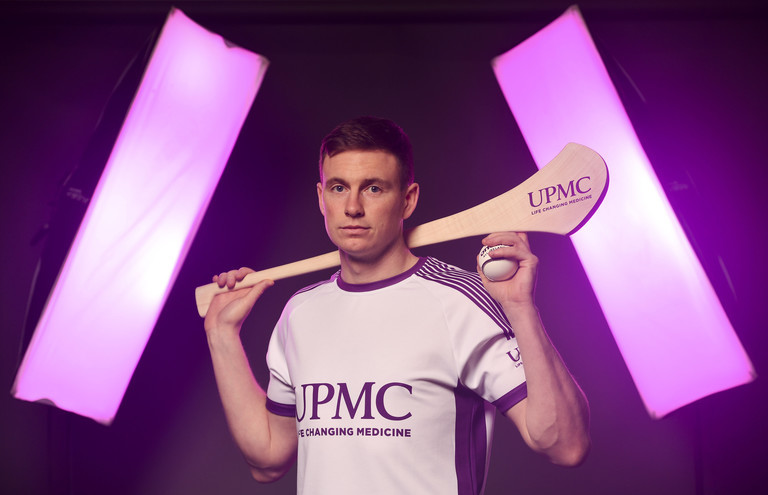 Waterford hurler Austin Gleeson at the announcement of UPMC as Official Healthcare Partner to the GAA/GPA at Croke Park in Dublin. UPMC, which offers trusted, high-quality health services at UPMC Whitfield Hospital in Waterford and other facilities in Ireland, will work with the GAA/GPA to promote the health of Gaelic Players and the communities in which they play. Photo by Sam Barnes/Sportsfile

"I went to college with a few of the lads over there," says Gleeson.

One of them got in contact with me. It was something I've always wanted to do but never thought I would do.

Once I got the call I said 'yeah'. It was straight away. I needed to get out of here and escape for myself. Over the last few years, it was something I needed to do. I didn't have a clue what was going on here.

I just totally escaped Ireland for eight weeks. It was possibly one of the best things that could have happened to me. I came back a totally different person, getting away from all that negative vibes around.

It's a totally different world [in New York]. No-one says anything to you. You can literally finish work, go for a drink or two with the lads, go home, go to bed and get up the next morning.

That's it, there's nothing said. If you do that in Ireland [people say], 'that lad was in and he was falling round the place'.

In late September, Tipperary native Liam Cahill was appointed Deise manager, taking over from Waterford man Paraic Fanning whose time was up after just a single season.

The Waterford panel returned to training two weeks ago. That is a fortnight which Gleeson says has been "hell for leather". Cahill is a man he describes as "no-nonsense" but also "very approachable".

The 24-year-old believes there are benefits to having a manager who is not based in the county.

"I don't know if he feels like this or not, but I like the way that he's going back up to Tipperary now and won't listen to the stuff that's going on down in Waterford," says Gleeson.

"I think that was a massive problem over the last few years.

That is a weight of criticism which Gleeson has also felt.

"Sometimes your family are the worst in the world as well!

"Social media is tough sometimes. But, again, you just have to learn to stay off it. And that's something I've really only learned in the last few years, to just only be on it when you need to be.

"I'm not going to lie - 100 per cent it did [make me question my commitment to inter-county hurling].

"There were times when I was saying, 'Why am I bothering? Why am I not sitting at home and having the easy life?'

"It's something I've always said: If I gave it up, I'd miss it way too much."

The change which Gleeson has noticed in himself since returning from the US is all positive. The handbrake in his mind is off and come the new season we may again see the player who lit up that 2016 championship.

"Just more upbeat going around and a lot happier," he says.

"I just realised I wasn't a happy person the last two years. I was doing things for other people instead of doing them for myself.

"Your confidence is massive. If you're confident, you actually feel fitter. If you're low you're just thinking 'I'm not gonna do anything again'.

"That was going through my head for 18 months and I didn't realise it until I sat back and just tried to figure out what was going on and kind of came to a few conclusions. Thankfully I did.

"Just having chats with friends and family and just seeing what they thought [really helped]. They could say 15 minutes of stuff and literally you could just take one 30-second snippet and say 'yeah that's actually true.' Then you start to think about it and work on it.

"The break did me the world of good. I'm hungry and eager again to go back and fight for my place.

"Everyone seems to be the same. To be honest, lads have come back in better shape this year than I’ve ever seen them.

"Everyone is just sick of losing. We didn’t win a [championship] game since the [2017] All-Ireland semi-final against Cork and we just want to get that one win, one win would give us a real boost in the championship."

GAA
1 week ago
By PJ Browne
23 Years Ago, The NFL Invaded Croke Park On A Sunday Evening
Previous Next

GAA
1 hour ago
By Maurice Brosnan
"It Didn't Get Me Through Lockdown, It Carried Me Through Lockdown"
Football
1 week ago
By Gary Connaughton
Dara O'Shea: The Journey From GAA Prodigy To Premier League Footballer
GAA
1 week ago
By PJ Browne
23 Years Ago, The NFL Invaded Croke Park On A Sunday Evening
Popular on Balls
GAA
17 hours ago
By PJ Browne
'It's Not All About Winning Underage. It's About Building Players And People'
3