Ballyboden St Enda's confirmed their place in the quarter-finals of the Dublin SFC on Wednesday evening with victory over St. Vincent's.

Reigning champions Ballyboden put 5-11 on the scoreboard to Vincent's 1-17.

Colm Basquel got two of the Boden goals with the others coming from Simon Lambert, Donogh McCabe and Tom Hayes.

"It's great to come out of Vincent's any day with a win, especially a championship win," Ballyboden manager Anthony Rainbow told Dubs TV.

Scoring five goals in the game is an added bonus.

I don't think the score reflects what way the game went. If Vincent's had taken their scores in the first 15 minutes, it could have been a different story. I think they had 13 wides in the first 10 minutes.

Rainbow was happy with his side having 70 per cent scoring efficiency. Though he feels there are still plenty of areas where his team can improve. Boden had defeated Clontarf in their opening game.

Clontarf and Vincent's will now battle it out for the remaining quarter-final final place which is up for grabs in Group 3. Both sides have beaten Whitehall Colmcille. 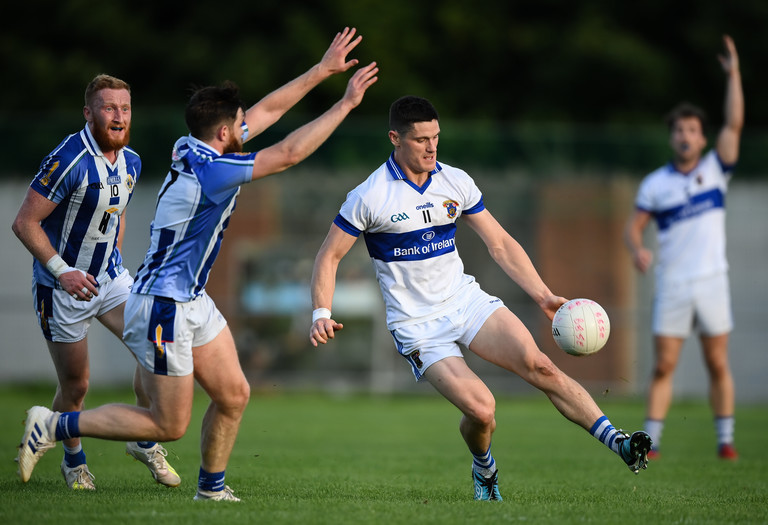 5 August 2020; Diarmuid Connolly of St Vincent's in action against Darragh Nelson of Ballyboden St Endas during the Dublin SFC Round 2 match at Pairc Naomh Uinsionn in Marino, Dublin. Photo by Stephen McCarthy/Sportsfile

"If you look at the start of the year, we finished up losing the [All-Ireland] semi-final to Kilcoo in around January 4th," continued Rainbow.

"We were back training within three weeks because we had the league in February and then the championship in April. In some ways, we welcomed the break.

"Over the lockdown, we kept them fit with Zoom calls and HIIT classes. We worked on certain things, strategies. We got a bit of work in and we got a bit of rest in, which benefited the players. We put in a good bit of work over the last five, six, seven weeks since we came back."

GAA
3 months ago
By PJ Browne
Emotional Day For The Smalls As Ballymun Dethrone Ballyboden
GAA
4 months ago
By Maurice Brosnan
'He 100% Deserves A Shot At Dublin. It Is Great To See Him Get The Opportunity'
GAA
1 year ago
By PJ Browne
In Pictures: Joy For Ballyboden St Enda's As They Win Leinster Title
Popular on Balls
Football
20 hours ago
By Balls Team
Celtic Draw As Scott Brown Sent-Off For Hitting Corkman With Flailing Arm
Football
12 hours ago
By Balls Team
Report: Celtic One Of Several Clubs Lining Up To Sign James McCarthy On Free
Football
17 hours ago
By Gary Connaughton
Report: Martin Odegaard Set To Snub Potential Arsenal Move
Athletics
11 hours ago
By Donny Mahoney
Why Jerry Kiernan Was The Perfect Sport Pundit