Bernard Flynn packed plenty into a football career which saw him forced into retirement by a serious hip problem before he was even 30.

Flynn won All-Irelands with Meath in 1987 and 1988. He was also a two-time All-Star. That was despite injury problems which began early in his career. He finished the 1985 Leinster U21 final against Kildare barely able to walk.

"I had this pain inside my hop joint that kept coming back," says Flynn in a new episode of TG4's Laochra Gael series.

"It was there and it got worse but I just kept playing through the pain barrier. I used to get injections to play, and wouldn't say anything to anybody. It wasn't the smartest thing, long-term."

In the 1990 All-Ireland semi-final win against Donegal, Flynn took a hit from Martin 'Rambo' Gavigan which broke a bone in his chest. He was barely able to breathe for seven or eight minutes but played on, scoring 2-2 in the game.

"If something happens, somebody else gets in. The one thing with Sean (Boylan) was if somebody had the jersey and was playing well, he was staying."

By the early 90s, Flynn was playing his club football in Westmeath with Mullingar Shamrocks. He was part of a team which won four consecutive senior county titles between 1992 and 1995.

"Just after half-time, the incident happened. I felt I was hit. There was an investigation into it. Inconclusive was the verdict, I think, if you like, which galled me a little bit.

"I had smashed my kneecap, and every ligament in my knee was severed in half. I had a 10 or 11-hour operation in Navan. It was a very serious injury, pretty brutal, devastating at the time. I knew I was in a bad way and it was going to take a long time to get back.

"My wife made it to the pitch as I was coming off. When I was in the ambulance, I had two lumps of hair in my hands, the pain was that bad. I'd pulled the hair out of my head."

"We said to ourselves 'Less of the standing back'" 💪💪

Flynn continued to play for Meath into mid-90s. Though, by the 1994 league final against Armagh, he was in a bad place physically.

"When I had to turn really sharp, I felt there was some little thing missing," he says.

"I got away with it that day, you didn't another day. I was trying to cod myself a little bit. I was suffering in silence, inside, deeply, I really was. Deep down, I knew I couldn't keep going.

"I was genuinely in agony at that stage. I was taking a lot of painkillers. I was eating tablets non-stop. The knee wasn't quite right. The hip had escalated to a stage where it was getting hard to jog.

"In those days, Sean Boylan did everything he could. Gerry McEntee sat me down and arranged a meeting with Pat O'Neill from Dublin - who subsequently managed Dublin to the All-Ireland [in 1995]. He sat me down and said, 'Bernard, you're in bad shape. Your hip is in a bad, bad way. He said, 'If you don't give up football, you'll be in a wheelchair'."

"The pain escalated pretty badly, I had a horrible number of years," he says.

"I was afraid to get the hip replaced. I hung on until I was 43, which was too long. I'd definitely suffered. There were times I'd fall on the ground with pain. My wife would put on my jeans and my socks. There were times I couldn't move. For a couple of weeks, I could be in a mess, physically in a bad way where I could do very little.

"I was at the end of my tether with pain. It was sorted when I got the hip replacement. I remember one day lying in the hospital, when I'd just lost my entire business. I was a week in hospital after having my hip replaced. That was a moment where I had a lot of time to think. There were a few lonely, harrowing days in that hospital.

"It does get you thinking, and you say, 'Right, you sink or swim. You've got to get out, support the family and you've got to get back on that horse again'. Those few days in hospital when I got the hip replaced were probably the loneliest I've ever had in my life." 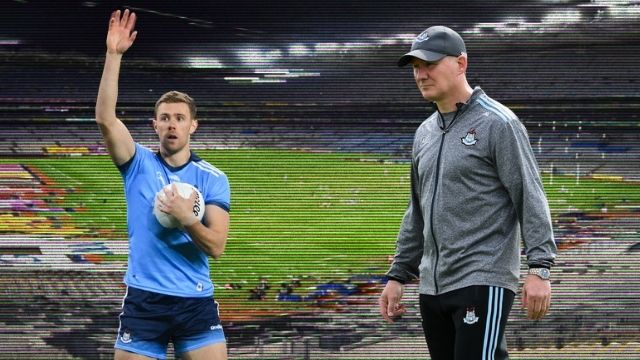