Bevan Duffy says that he and his Louth teammates did not receive any testing for Covid-19 ahead of their Allianz Football League game against Cork at the weekend.

"I don't understand, with the case numbers going up, the way things are all around the country, how all of a sudden GAA inter-county footballers are immune to this," Louth captain Duffy told LMFM Radio.

"A lot of former players seem to be driving it, but they're lads who are writing articles and have TV gigs."

LISTEN | "There hasn't been any testing at all, which I can't get my head around..." - @louthgaa captain Bevan Duffy had some strong words to say to Colm Corrigan after Saturday's game in Cork. #AllianzLeagues pic.twitter.com/nqXqOQBquC

Duffy continued: "The protocols need to be better, without a doubt. The hasn't been any testing at all, which I can't get my head around. Surely before the start of the National League campaign every inter-county squad should have been tested. Simple as.

"That would take a lot of pressure off, put your mind at ease a bit, but you don't know.

"What if someone tests positive on either of these squads today next Tuesday or something?

"There are lads after playing a match here in Páirc Uí Chaoimh and then gone back to their homes and back all over Cork and all over Louth.

"The lack of testing, the zero testing, I just can't understand it.

"Every time I've said it to someone, they couldn't believe me - they wouldn't believe me. [They said] 'You can't be serious, like'. I don't understand it one bit. People are saying, 'Ah, well, it's not really coming from GAA teams'. If you're not being tested, you're not going to get any positive tests."

He is optimistic that the situation regarding the testing will improve following a statement from the Gaelic Players Association over the weekend. Following a poll of players, the GPA called for stronger testing protocols and stricter compliance and oversight of Covid-19 measures in all counties.

"Hopefully now, with the GPA vote that went through last week, something will come of that," said Duffy.

"The GPA have been very proactive on the whole thing throughout the summer.

"It can't be a case of if you have symptoms, you get tested. The whole squad needs to be tested or random testing needs to be done.

"It's not right to put this sort of burden on amateur lads. We're not professional rugby players or professional soccer players who can go into these bubbles if need be or getting paid to do this. We all have day-to-day jobs. We spending our Monday to Friday in shops mingling with everyone else. We're not in a bubble."

See Also: 16 Of The Best Photos From The Return Of Inter-County Action 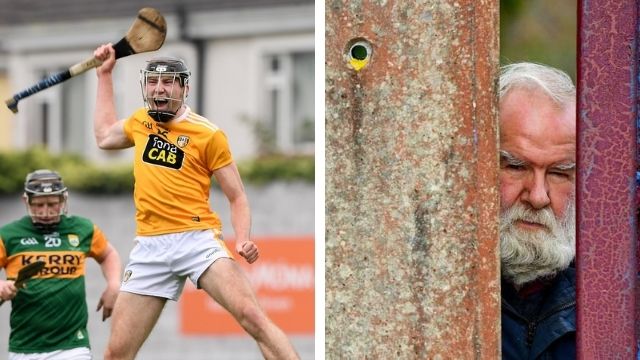