Blarney pulled off an incredible comeback victory in their Cork Premier Intermediate Hurling Championship quarter-final against Ballincollig on Saturday evening.

Ballincollig led by 10 points with 20 minutes to play and still held a nine-point advantage with under 10 minutes remaining.

Wow! What a win! 3-14 to 1-19! Reminiscent of James O Sullivan in 2008! Pops with a goal with only a minute to go and Paudie snatched it with seconds to go! pic.twitter.com/if0Q3kGpZO

However, Blarney reeled in their neighbours.

They drew level with just under 90 seconds to play through a sensational goal from Patrick Crowley. The man known as 'Pop' fizzed in an incredible long-range strike to draw the game at 3-13 to 1-19.

There was still time for another play. Blarney won the next puck out and the sliotar found its way to Padraig Power who fired over the winning point from close range.

The drama was captured by Blarney with some suitably enthusiastic commentary provided by Dave McCarthy.

The final 90seconds that won us the game tonight! @popcrowleypop had absolutely no right to take the shot on but thank God he did! pic.twitter.com/5vN7kOBVAQ 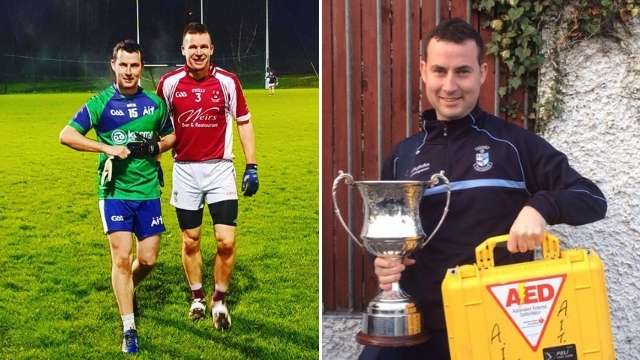