Dublin GAA have confirmed that Jim Gavin has stepped down as Dublin senior football manager.

Gavin informed the County Officers, his management team and players of the news on Saturday morning. 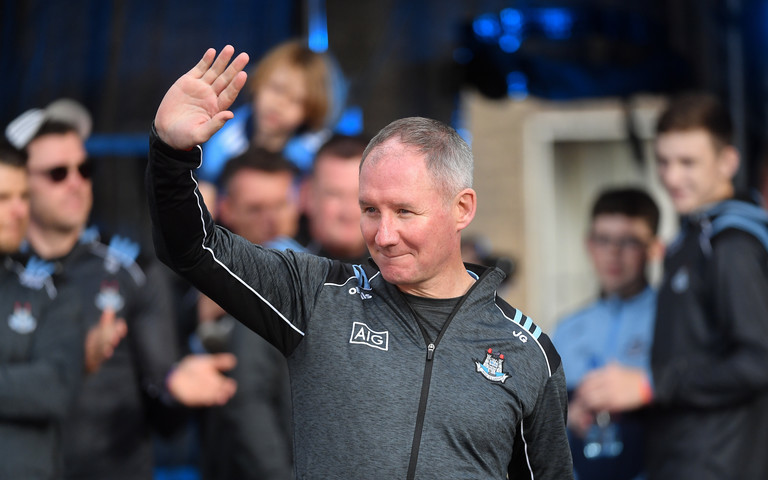 In a statement, Chairman of the County Committee, Seán Shanley thanked Gavin for his work.

Dublin GAA will be forever grateful to Jim Gavin for his dedication, commitment and contribution as a player and, since 2003, leading the next generation of players at U21 and Senior level.

I regret his departure but appreciate the huge sacrifices he has made over this period.

The committee will commence the process of considering suitable candidates to replace Jim and his management team shortly.

Gavin became Dublin manager in 2013, replacing Pat Gilroy. He led Dublin to the 2013 All-Ireland, beating Kerry in the final. For that, Gavin was named 2013 Philips Sports Manager of the Year.

In 2019 he completed the ultimate feat as he oversaw the completion of the five-in-a-row. At the time Gavin said he would sit down with the county board and review his position.

GAA
21 minutes ago
By Michael McCarthy
Watch In Full: Kerry Vs. Dublin In The 2017 Allianz League Final
9

GAA
1 week ago
By Michael McCarthy
Revealed: The Best Mayo Team Of The Last 30 Years As Voted By You
Previous Next