Earlier this month, joy came to Borrisoleigh, a part of Tipperary which had suffered so many tragedies in the previous 15 months.

"It's nice to just have something positive to be talking about," said Brendan Maher on Tuesday ahead of this weekend's AIB Munster Club Hurling Championship final against Ballygunner.

"Because it just felt like since August of last year it was just one after the other.

"Obviously, it started off with Martin Hayes unexpectedly dying, and he was a huge member of the club who was involved with several teams.

"That flowed into the news of Amanda (Stapleton) being sick and my own cousin Lorraine got sick and they both passed away.

"And then we had the two young men who passed away within a few months of each other. It just seemed like one after the other, it was just constant.

"I remember someone saying, 'God, if I have to do another guard of honour now, I'll go mad'. It just seemed like that was constantly happening.

"Two of the guys who passed away were 19 and 20-years-of-age. That generation has been hit very hard. It was awful to see them together. It was something you don't want to see again.

"The whole community are there for each other and it was really evident this year.

"It's nice to give people a lift. It hasn't got rid of thoughts about them. Obviously, the families affected are still grieving - that'll always be there." 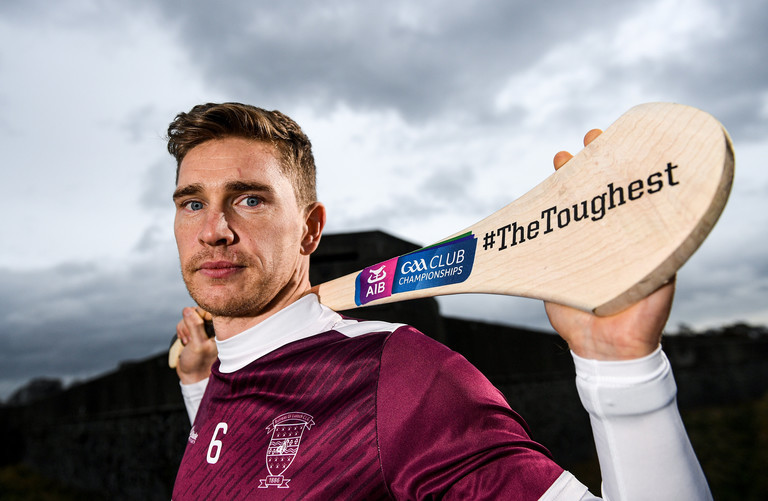 2019 has been a momentous year for Maher on the pitch. He won his third All-Ireland title with Tipp along with his third All-Star, and it all came a year after he suffered a serious knee ligament injury.

Despite those inter-county successes, winning a county title is the highlight.

You could see it up close and personal more so than the win with Tipp. That's why it meant so much to us.

Myself and Dan [McCormack] were talking about it, and it's not to be disrespectful to anything we've won with Tipp, but it does trump everything.

That's the reason: you're going back to family members, you're playing with family members, with relatives, with people you've grown up with. To win together, it does create a special bond.

Lads are coming down now with smiles on their faces and you can't wait to get out on the pitch, as cold and wet as it is.

Maher believes that the installation of Portumna man Johnny Kelly as manager in 2017 has transformed the Borris-Ileigh team. That, an injury-free year for their big names players and a couple of minors taking the step up to senior helped to finally get them over the line this year.

This weekend - having beaten Glen Rovers in the semi-final - they face reigning champions Ballygunner in the Munster decider.

"Obviously that week [after the county final] was a bit mental. There was celebrations and everyone you'd meet, it was just pure elation around the town," said Maher.

"Very quickly then it obviously turned to, like, 'Oh, the best of luck on Sunday'.

"And it felt a bit weird actually. You were barely coming off the celebrations and hangover from the county final and there was talk of Glen Rovers. Yeah, it was a mental week, it was a busy week.

"Johnny Kelly was great in that he spoke to us on Wednesday night after the county final about his experiences with Portumna and how they won their first one and celebrated it in style and hadn't taken the next stages [seriously] and ended up getting caught by Dunloy who beat them unexpectedly.

"And he said that they had huge regrets over that. And he was kind of saying it would be similar for us if we go out, don't perform against Glen Rovers, and lose, it would put a dampener on the county final win and we'd always have that in our minds.

"So that fairly well woke us up and got us to say, 'Lads, we need to get over this one now and make sure we get things going'. And, thankfully, we did that." 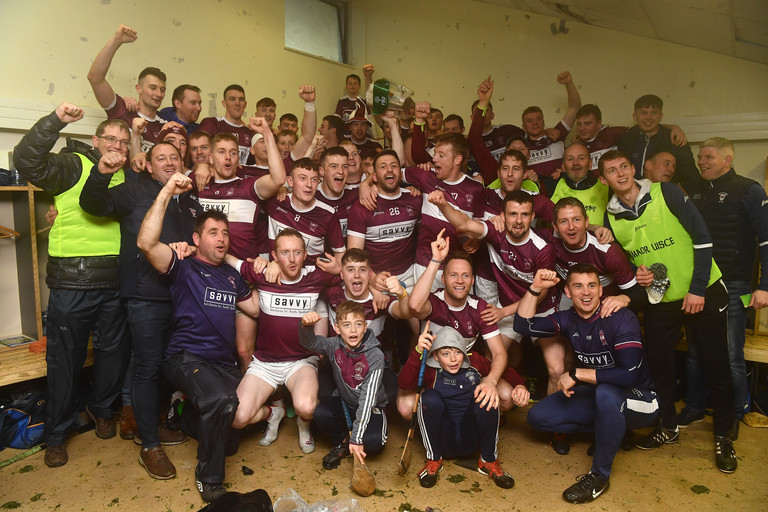 In the spring after winning their previous county title, Borris-Ileigh followed it up with Tipperary's last success at All-Ireland senior club hurling level. That victory helped breed a view that there is a cockiness which comes with being part of the Borris team.

"I suppose it adds to your belief that you know the guys that were involved and you say ‘If they did it, why can’t we?’," said Maher.

"You obviously want to push yourself as much as possible to try and emulate what they did as well.

"I don’t think that perception is there of our generation because we haven’t had any success so we have no right to be cocky. But there maybe was that element from the team of the 80s.

"I think it was because there were such characters involved and they still are characters around the place. That kind of perception was thrown around a bit and it’s always kind of there.

"I think Borris is such a pass-through town, everyone stops for there drink there if they go for a match in Thurles - there’s always something going on.

"There’s great characters between hurling, coursing, dogs are massive in Borris as well. There’s a really fun, enjoyable community there to be part of.

"If you pull up in Borris and go for a drink, you’re bound to meet one or two characters we’ll call them!

"Call it whatever you want but it is self-belief. It’s the belief that it’s been done before here so we can do it again."

GAA
1 month ago
By PJ Browne
'The Lads Searched The Sideline, The Stand - They Were Mad To Get It'
GAA
5 months ago
By PJ Browne
Fennelly Remembers Deceased Clubmates As Ballyhale Make History
Podcasts
5 months ago
By Mark Farrelly
The Buildup Podcast: Kevin Doyle, Stephen Ferris & All-Ireland Finals
Popular on Balls
Football
16 hours ago
By Gary Connaughton
AFTV's Reaction To Arsenal Howler Is Everything You Hoped It Would Be
15