In a tight Allianz Hurling League semi-final against Limerick at Semple Stadium on Saturday night, Tipp's Ronan Maher stood on the sideline over the sliotar near halfway and eyed up the goal.

Maher fired over an astonishing sideline cut to put his side ahead by three points. It was his second point of the game from the sideline.

In the flesh, teammate Brendan Maher - who was also on the pitch at the time - has never seen one better.

"I've seen him doing some things in training, hitting line balls and that, it's just unbelievable. He has such power, he makes it look so easy. There's no big long run-up." Brendan Maher told Balls at Croke Park on Wednesday ahead of this weekend's Allianz Hurling League final against Kilkenny.

He'd always hit a few at training, but I think it's just something he's naturally really good at. He's been hitting them from a young age and I think once you have that knack for it, Jason Forde is the same, Bubbles can hit them, Noel McGrath can hit them, I fancy myself at them. We'd all take them for the club and would fancy ourselves for them.

You'd practice them but you wouldn't practice them like a free-taker would practice frees. He's just sick (at them), the power he can get on them is just unbelievable.

Joe Canning is the only other player Maher has seen point a sideline from a similar distance. It's a skill he believes should be rewarded. 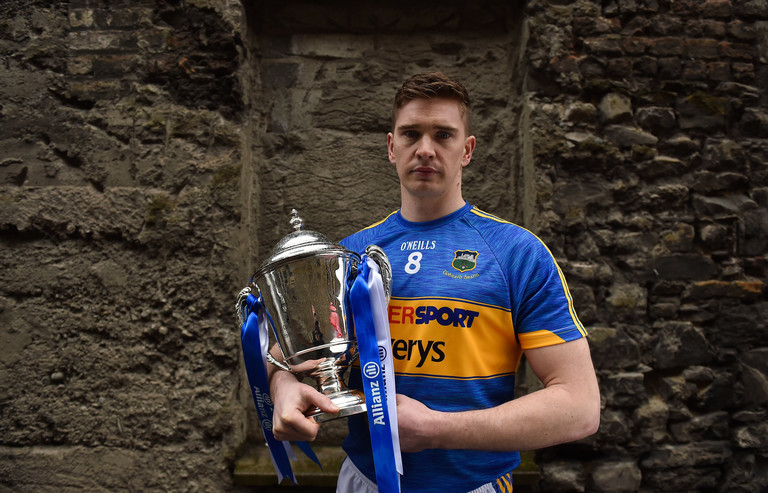 "It's an unbelievable skill and there is that debate, 'Should it be two points?'

"As you can see there's only the few select players in each county can do it as well as they can. I think that skill could be rewarded, I'd love to see it being trialled even in the league to see if it would add a little bit of spice to the game.

"It's such a piece of skill and the crowd gets so much out of it. If it was worth two points it would give such a lift, it's worth trying.

"They've tried all different rules with yellow card sin bins and all that over the years, so why not try this?"

The Borris-Ileigh man has heard suggestions that the sliotar is travelling too far in the modern game but it is not an argument he buys.

"Sliotars are the same as they've always been. Maybe lads are getting stronger or technically getting better with striking.

"Obviously, there's a huge amount of effort that goes into striking the ball.

"The sliotars aren't getting lighter, I think guys are just getting better for striking."

The power, the distance, the strike. What a Sideline from Ronan Maher! pic.twitter.com/Hy7GYm0nwr

Watch: Fascinating Video On What Happens When Youngsters Play With Hurleys That Are Too Long