Brian Cody is 20 years at the helm and has witnessed challengers and pretenders to the throne aplenty. Yet, his relentless record lives on.

Across his supreme stint, no manager has won more than one All-Ireland. Cody's current claim stands at 11.

Today Liam Sheedy has the opportunity to break that streak. 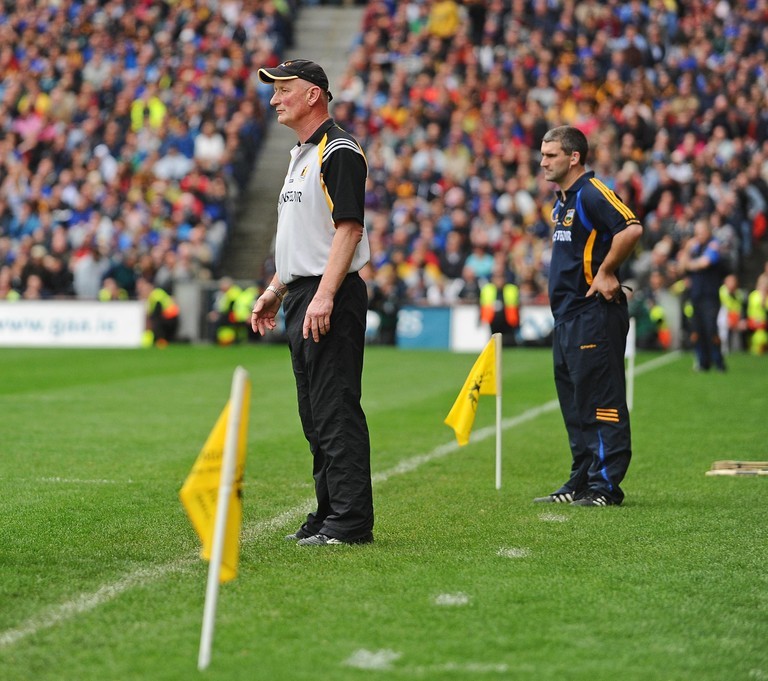 At the outset of this season's championship, four managers stood on one. Cody, as he so often does, helped orchestrate the downfall of one champion looking to build a dynasty. John Kiely's Limerick were beaten in the semi-final. Davy Fitzgerald met a similar fate on the other side. The other rival was long gone by then, Micheál Donoghue's Galway having exited in the Leinster round-robin.

There is no question that the Kilkenny boss's impact on the game this century has been seismic. An iron fist that empowered a reign and incessantly powered the black and amber frenzy. 15 of 20 finals since 2000.

David Herity with Kildare and DIT, JJ Delaney alongside him. PJ Ryan with Fitzgerald in Wexford. DJ Carey with Kilkenny U20s. Martin Comerford and Michael Kavanagh on the Meath ticket. The list goes on. 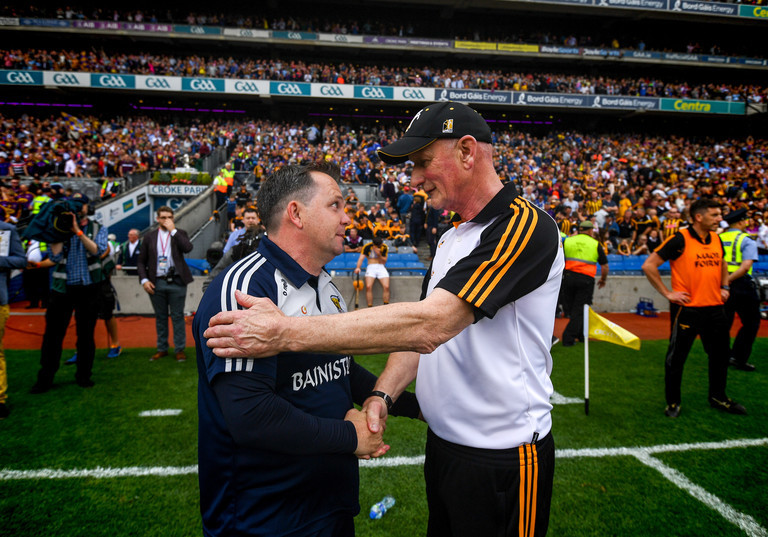 In his autobiography, Davy Fitzgerald provided a unique insight into Cody's legacy. For the 2010 All-Ireland final, he went to extreme lengths to learn from the master: "I got a ticket to be seated right behind the Cat's dug-out so that I could monitor everything he did. I wanted to see what made the guy tick."

Cody himself is adamant he would rather be playing come Sunday. He said as much on the recent 'the Game' documentary.

I was a much better player than I was a manager. I almost forgot myself I had the privilege of playing the game for a long time as well. If I could have stayed hurling, stayed playing the game, that is what I would have done. All hurlers are the same. If you could play forever, you would.

DJ Carey lives from the same code. The Kilkenny U20 boss retired in 2006. Ever since he has done what he can to find the next best thing.

"There is no doubt every manager that has played the game at a high level would still love to be a player," he declares unequivocally.

"I don’t know how many managers want to be a manager. I would say you are kind of browbeaten into it. It is a natural progression, you are led to it. You do the odd coaching session here and there and then you are asked to do more because that session went well." 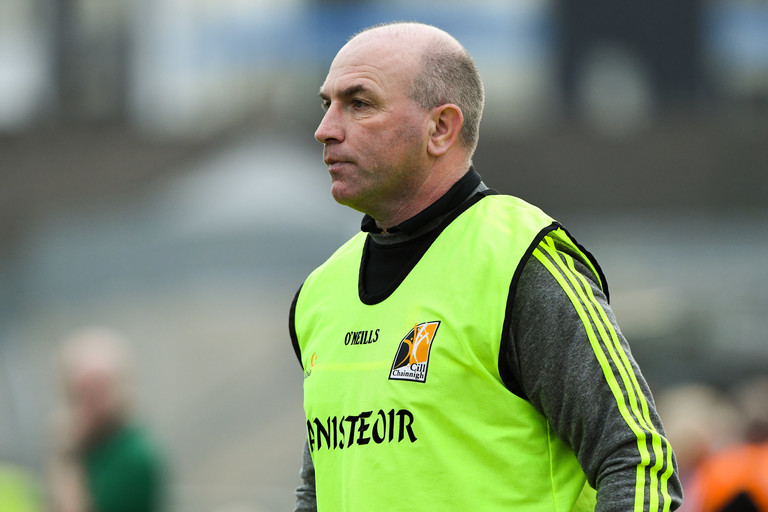 It is not without its own burdens and Carey admits as much. But at the heart is one absolute pillar. Whether it is as a player or manager Kilkenny's sole goal remains the same.

"I probably get nearly more satisfaction from it, not that I didn't get that when playing, but there is massive satisfaction in winning. Now with that, from a manager, there is a huge, huge despondency from being beaten. I think as a manager you take it much harder being beaten as you would a player."

The clash of rivals brings a clash of managerial style as well. Liam Sheedy facilitates excellence, Brian Cody demands it. 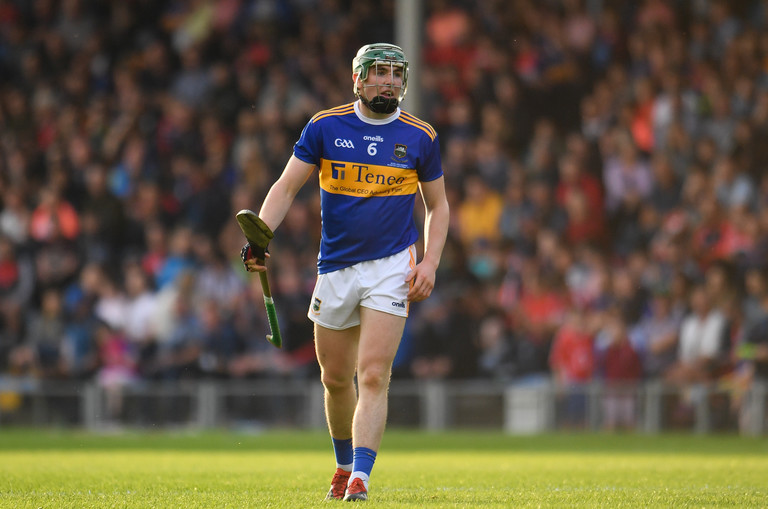 Tipperary U20 and senior panellist Paddy Cadell has two All-Ireland finals to look forward to in the coming weeks. Sheedy's efforts prior to their recent U20 semi-final were a welcomed boost.

There’s a great buzz. It’s really enjoyable for the Tipp U20 team to see that they have the support of the senior team as well as the rest of the county.

As clear an indicator as any that Sheedy's return has ambitions beyond this year. Such a marriage between the new and the old is an integral aspect of long-term planning. Success today could form the start of something much bigger.

That's what the Tipperary boss does. An established credo, seated in the control room coordinating a sweeping assault.

"Liam Sheedy is a great organiser and he was able to get a great backroom team in behind him. Liam is a great people’s person, he knows what drives people."

Sheedy's stick was more apparent in his previous role than his current one. On 3 June 2018, the RTE pundit was sitting between Ken McGrath and Cyril Farrell for the Tipperary versus Waterford Munster championship clash.

Come half-time the score was 2-12 to 0-12 and Sheedy was livid. "There is something missing in that Tipperary defence. That is two long balls. That should be bread and butter for any defence! No communication."

That day they escaped with a draw, after the infamous goal that wasn't got them over the line. Sheedy had seen the problem and would soon go about solving it. 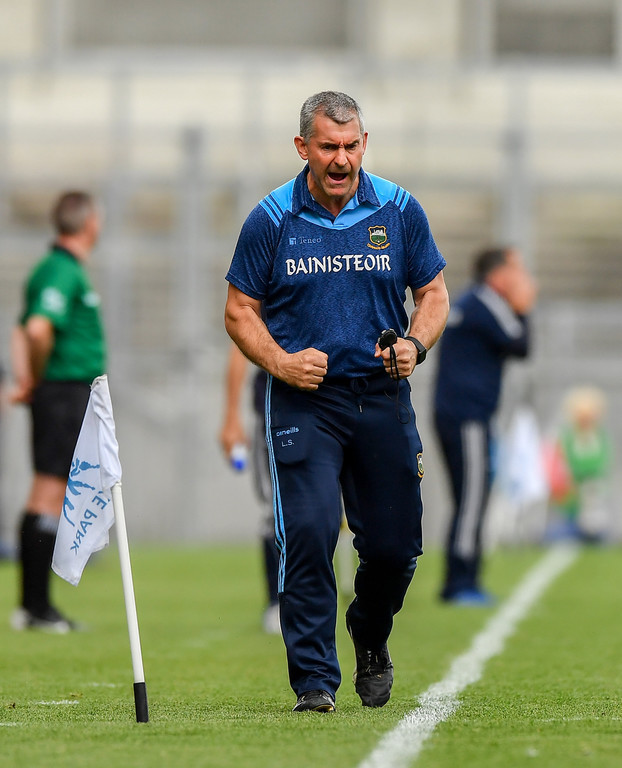 Cody's day of learning came long before then. DJ Carey was there for it.

"We won the All-Ireland in 2000 and then we lost against Galway in 2001. I would always say it was from there Brian Cody’s management changed. Brian was possibly closer to 50 by the time the real manager came out in him.

"It would have been perceived in 2001 that Galway, in particular, bullied Kilkenny that day. From a physical point of view, they were up for it more. They were stronger, fitter, hardier. I believe from that day on Brian Cody just...

"See we had a few injuries going into that game, not that injuries lost us the game but I think from that day on the Brian Cody legend came into effect because you were either playing well in training or you did not play, right up to Henry with the knee injury, you did not play.

"You had to be training and training well. Very rarely if ever has a Kilkenny team been out-muscled, been less physical than the team they played. I imagine that day was a big turning point for Brian."

The number of players turned managers in Kilkenny is significant yet unsurprising. Their doctrine is hurling and if post-career coaching is the next best thing then that is the route they will take.

On top of that, Brian Cody places a huge responsibility on his players and that stokes the necessary leadership flames for management. For Carey, the success of recent Cody pupils stems from the fact they had a near-perfect role model. 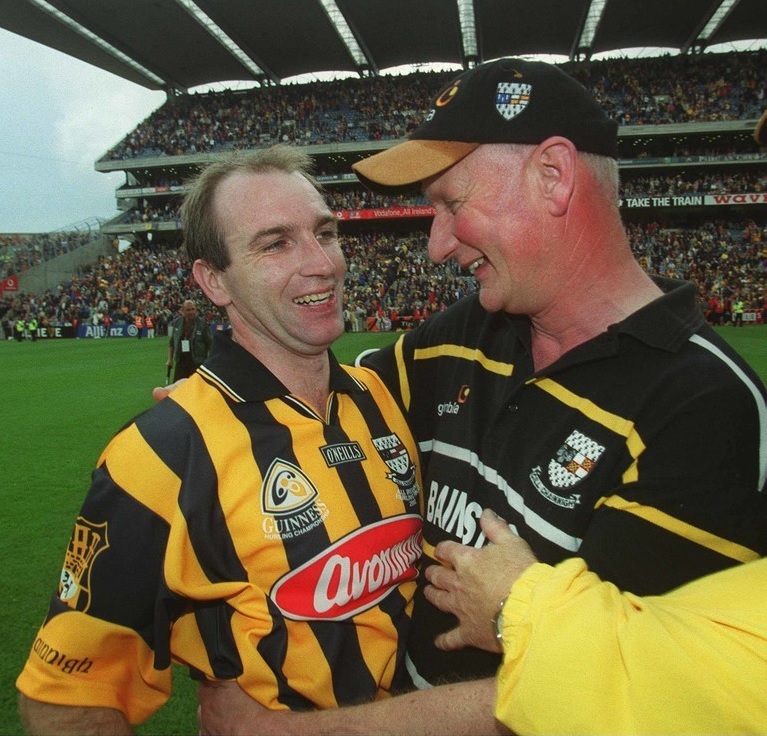 Today Liam Sheedy can go further than any manager went before but even if he does, Cody and Kilkenny will keep on keeping. The basic philosophy is maximising every opportunity, ticking every box.

I know I gave up hurling and everything. My club rang me and said 'look, would you take over the intermediates. We need something, we are struggling a bit.' That is what I did. I never asked to be involved, Carlow IT came and asked me so I did it.

Eddie Brennan went into a Kilkenny U21 set-up very shortly after giving up his senior hurling career. Henry was asked by his club to get involved.  Most places your club coming calling and you get involved at that level but the club and county feel you have something to offer back.

Carey is content to stay involved with his club and his county, but not beyond that. It is clear the Cody philosophy carries still in his former players; work done, more to do.

"From my point of view, I would find it very hard to go outside my own club or my own county to train or manage a team. There is always time needed within your own set up so for me if I have time to give, I'll give it to my own.

"That is no slight on anyone outside the county, that is everyone’s prerogative, but I feel if I have two or three nights spare a week to give well then there is plenty of work to be done within my club.

"And there is always work to be done in Kilkenny."

SEE ALSO: 'It Is The First All-Ireland Final I Don't Want To Watch Or Know The Winner'

Hurling
2 months ago
By Michael McCarthy
Quiz: Do You Remember The 2019 Intercounty Football And Hurling Championships?
GAA
1 year ago
By Balls Team
The Balls.ie Selection For The Hurling PwC All-Stars
35

Hurling
2 months ago
By Michael McCarthy
Quiz: Do You Remember The 2019 Intercounty Football And Hurling Championships?
GAA
1 year ago
By Balls Team
The Balls.ie Selection For The Hurling PwC All-Stars
GAA
1 year ago
By Mark Farrelly
Nominations For PwC Hurling All-Stars And Player Of The Year Revealed
Popular on Balls
Football
20 hours ago
By Balls Team
Celtic Draw As Scott Brown Sent-Off For Hitting Corkman With Flailing Arm
Football
12 hours ago
By Balls Team
Report: Celtic One Of Several Clubs Lining Up To Sign James McCarthy On Free
Football
17 hours ago
By Gary Connaughton
Report: Martin Odegaard Set To Snub Potential Arsenal Move
Athletics
11 hours ago
By Donny Mahoney
Why Jerry Kiernan Was The Perfect Sport Pundit