'I Have Pictures Of Stephen Cluxton All Around My House, It’s A Bit Weird!'

"Every year you’d be in the dressing room after an All Ireland Final and we’d all start chanting ‘One more year, Cluxo, one more year!’" says Brian Fenton.

Should he play this year - and barring the championship not taking place due to Covid-19, there's no reason to believe he won't - it will be 39-year-old Stephen Cluxton's 21st season playing for Dublin.

"He’s a freak, he’s in the best shape," continues Fenton, speaking on the morning after he was named 2020 PwC GAA/GA Footballer of the Year.

"He’d be sending me 10-minute YouTube videos of abs sessions he’s doing online and I’d be thinking ‘How are you doing this?’ He’s a freak, in the best possible way.

"As players, if everything is good in your life and your body is in good shape, you’re not getting injured and you still think you have something to offer, well then no one is going to tell you to step away if you’re as keen as ever. And Cluxo has never lost that. He always talks about his role and his vision is just to help us and facilitate us and drive us on.

"You’d feel for him. He doesn’t care too much for All-Stars I’d say. Everyone knows Stephen Cluxton is the greatest, everyone knows that and it doesn’t take an All-Star in 2020 to remind us of that, everyone knows he will always go down as the best ever.

"I’m just so lucky to know him personally. Just as I look over my laptop screen here, I see a picture from Philly McMahon’s wedding and it’s me and Stephen Cluxton in one of those photo booths. I have pictures of Stephen Cluxton all around my house, it’s a bit weird! He’s just a legend."

The two months since the All-Ireland final win against Mayo have seen the retirements of Paddy Andrews and Michael Darragh Macauley from the Dublin panel, while Paul Mannion has also stepped away. Fenton says the senior members of the group are continuously prodding younger players to step up and fill any leadership void.

"Dessie [Farrell] is very good at facilitating young lads presenting to the group or doing a bit of analysis and taking on that leadership role," Fenton says.

"Evan Comerford for example is another goalkeeper on our team but just so happens to be playing with Stephen Cluxton which is unfortunate and many a goalkeeper has felt that fate in Dublin.

"But the work that Evan puts in behind the scenes is unbelievable. Evan will present to you on Westmeath’s kickouts for 20 minutes. These young lads are just presenting, doing their own analysis in their own time, coming to you as a midfielder saying ‘Fento, have you seen this? Have you looked at that?’ and you’re almost in awe of them and thinking ‘Jesus, I should be doing a bit more to be honest!’" 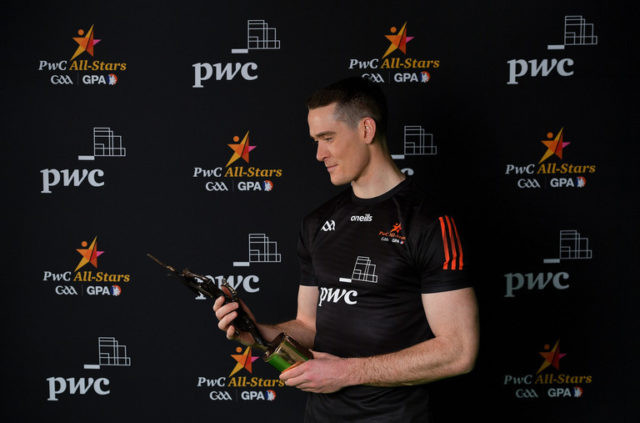 Brian Fenton of Dublin in RTÉ with his PwC GAA/GPA Footballer of the Year award for 2020. Photo by Brendan Moran/Sportsfile

Fenton believes that the absence of those recent retirees will be felt more off the pitch than on it.

"You look at Paddy Andrews for example, an unbelievable player, but what he brought us the pitch is irreplaceable," he says.

"Paddy would be the type of character who'd hold court. Any social event, he was the ring leader, the ringmaster: Gags, introductions, initiations. That's very important, what people offer.

"Michael Darragh, similarly, he'd be very into his yoga, and would lead yoga, mindfulness and meditation sessions. What those people offered will not be replaced in our group. That will have more of a lasting effect.

"As players, the standard is almost so high that every player is there or thereabouts. You look a Sean Bugler or Robbie McDaid. They came in. The standard of was up. You're looking at the squad saying, 'Look, our standard of football probably won't drop too much but the lasting effect will probably be behind the scenes'.

"Michael Darragh, his experience started in whatever, 2010 or 2011. You're losing lads that brought Dublin through that very important period.

"Hopefully, the likes of myself - younger, now older lads - will take that on. We'll miss them, for sure. If you were turnaround at the start of last year and say that Brian Howard and Paul Mannion won't be starting an All-Ireland final, or any game, you wouldn't have believed them." 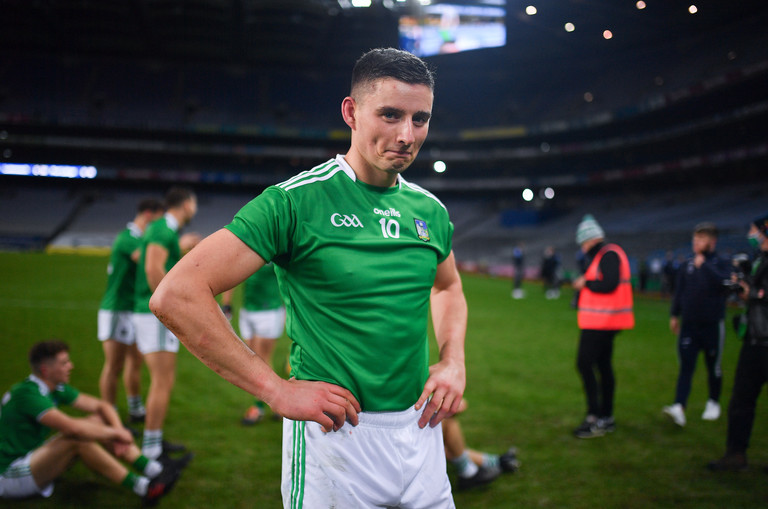 GAA
1 hour ago
By PJ Browne
'It Came At An Awkward Time. I Didn't Think It Would Be So Bad'
GAA
11 hours ago
By PJ Browne
'I Had Some Troubles In My Later Teens. GAA Wasn't A Big Thing For Me'
GAA
14 hours ago
By PJ Browne
Five Football And Hurling Matches To Watch Live On TV This Week
Popular on Balls
Football
1 day ago
By Luke Delaney
Spanish Police Fear Chaos In Seville For Europa League Final
GAA
2 days ago
By Luke Delaney
Andy McEntee Describes Jordan Morris's Red Card v Dublin As 'Laughable'
Football
2 days ago
By Colman Stanley
The Admirable Reasons Why Mark Noble Chose Not To Play For Ireland
Rugby
2 days ago
By Colman Stanley
Twitter Turns On James Haskell After Disrespectful Comments Towards Women's Rugby