'It's A Different Environment Now. I Was A Boy Against Animals Of Men'

Two years ago, the Cork U20 footballers stunned their Dublin counterparts in the All-Ireland final, coming back from nine points down to win by eight.

Several players from that team are now beginning to bleed into the Cork senior panel. In the matchday group for Saturday's Munster semi-final against Limerick are the likes of Sean Meehan, Brian Hartnett, and Damien Gore. Cathail O'Mahony would be there too had he not picked up an injury.

"They've no fear, at that age - you've no fear," said teammate Brian Hurley at the launch of Sports Direct's 'Born To Play' campaign.

"There's nothing in the world that would bother you. You're a king, like. You're a Cork footballer and you've won an All-Ireland at U20. It's the same with any other county.

"I can remember when I came in [to the Cork panel for the first time], you're just on a wave. You're going training and playing ball, it's class.

"The older you get, obviously, the more experienced you are, the more pressure that's on your shoulders to get the small things right. Obviously you're overthinking things, and you want to get the lads playing the best system, so you're always organising. It's a different mindset in a way.

"The likes of Sean Meehan, Jesus, what a player. You're on about the Kerry game last year, he was outstanding. And he was outstanding throughout the League. In fairness, like, he had a battle last [month], himself and [John] Heslin were at it toe to toe.

"I was on the bench watching in for the first 30 minutes and that was a battle and you love watching them games. A 21-year-old going at that with a guy who has been around for seven or eight years and probably Westmeath's best player. I love to see that, like.

"They show no fear, and you know they're going to be big, big players for Cork in the future." 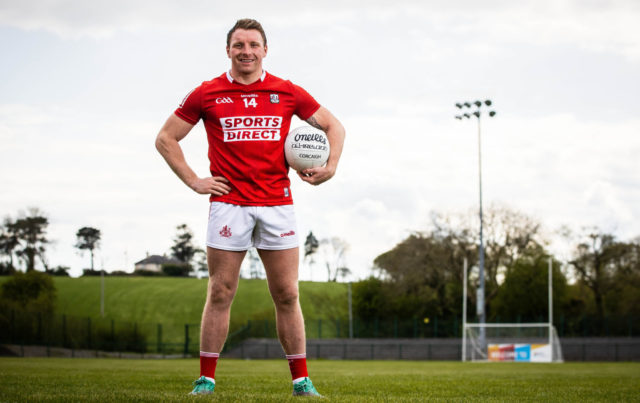 Hurley feels inter-county football has changed in the years since he first joined the Cork panel.

"It's a different environment now. It was 2012 when I came in and Cork were on the back of winning an All-Ireland," said Hurley.

"All eyes were on them, the competition was ridiculous. The size and the power was frightening. Pearse O'Neill, Canty, Alan O'Connor, Nicholas Murphy... they were animals of men, like, and I was only a boy coming in.

"It was big and strong. I can remember Donegal that year, the running team, it's a completely different game now, it's nearly small and fast now.

"I was a boy against animals of men. Where now nearly everyone is smaller and faster and it's a faster game, it's completely different, like. You still need to bring a bit of that toughness now. But the game is even gone softer, if you know what I mean, so it's hard to comment on that.

The Castlehaven player is enjoying the extra competition for places in the team.

"There's always this thing about an 'A' and 'B' team and if you go in the 'B' team you're always pushing yourself a bit more.

"I love competition. That's what I hated about the lockdown most, training on your own. Yeah, no bother, I'll do it, but it was boring. I love the craic in the dressing-room, I love pushing myself against players.

"I used to mark Loughie (James Loughrey) at every training session before to get the most out of myself because he'd be pumped up for it as well. That's what it's all about at the end of the day, if you're not pushing yourself then you're not going to make it to the top."

Sports Direct is calling on parents of new-born babies from across the Rebel County to register their baby’s name to be in with the chance of featuring on Cork GAA’s very own walk of fame around Páirc Uí Chaoimh and receive a Cork GAA kit. ‘The Steps To Greatness’ celebrates all new-born babies born in Cork in summer 2021 who – like the greats who have gone before them – are #BornToPlay. The names will be on display outside Páirc Uí Chaoimh ahead of Cork’s Championship openers this season. Parents can register their baby’s name by visiting: https://bit.ly/SportsDirect-BornToPlay

Waterboy To Teammate: Shane Kingston's Generation Ready To Take Over 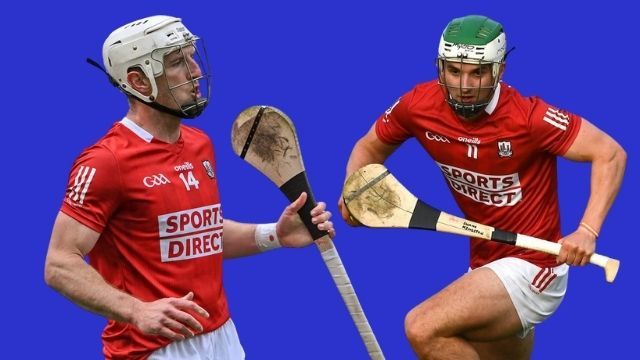 GAA
3 months ago
By PJ Browne
'Ciaran's A Massive Loss. He Had No Choice In The Matter'
110

GAA
3 months ago
By PJ Browne
'Ciaran's A Massive Loss. He Had No Choice In The Matter'
Fuel
1 year ago
By PJ Browne
How Injury Nightmare Made Brian Hurley A Better Person
Popular on Balls
GAA
27 minutes ago
By Donny Mahoney
Much Has Changed Since Jack O'Connor Last Managed Kerry
Golf
1 hour ago
By Jonathan Byrne
Bryson DeChambeau Hit One Of The Most Audacious Drives In Ryder Cup History
Golf
2 hours ago
By Eoin Harrington
Shane Lowry Made A Brilliant Start To His First Ryder Cup Round
Football
5 hours ago
By Eoin Harrington
Ole Gunnar Solskjaer's Jab At Jurgen Klopp Doesn't Hold Up