Castlehaven progressed to the final of the Cork Premier SFC with victory over St Finbarr's at Páirc Uí Rinn on Sunday evening.

In a tight and tense game, broadcast live by the Irish Examiner, it took extra-time followed by a penalty shootout which went to sudden death to separate the teams.

Late in the second half, it appeared as though Brian Hurley had won the game for his side. From the near sideline, and with a gale blowing in the 66th minute, Hurley hit a memorable point with the outside of his boot.

The score put Castlehaven ahead 1-11 to 1-10. However, the clock would tick on for another three minutes, during which time Stephen Sherlock knocked over an equalising point from a free.

With legs weary, the sides managed just two points each in extra-time as it finished 1-13 a piece after the additional 20 minutes.

Castlehaven had the upperhand early in the shootout with The Barrs missing their opening two shots. However, it went to sudden death after Castlehaven also missed two shots.

St Finbarr's missed their first penalty of sudden death before it fell to Mark Collins to seal the victory for Castlehaven.

Castlehaven will play Nemo Rangers in the final after they beat Duhallow in the other last four game. When exactly that game will be played is uncertain due to the GAA's suspension of all club action. 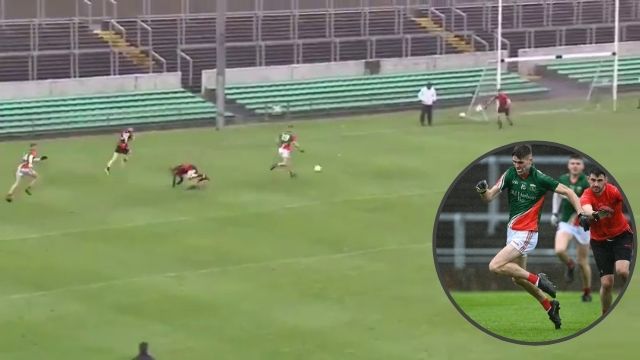 GAA
2 years ago
By PJ Browne
Harry Redknapp And Gianluca Vialli To Manage GAA Teams
Popular on Balls
Rugby
1 hour ago
By PJ Browne
Quiz: Can You Identify These 10 Connacht Overseas Players?
2