Loughmore-Castleiney completed the Tipperary double on Sunday with victory over Thurles Sarsfields in the senior county hurling final.

The win came just a week after they beat Clonmel Commercials in the football final, and a year after they narrowly lost both deciders.

The two sides had drawn the original final earlier this month, and the replay was again close with Loughmore winning an enthralling game 2-14 to 2-13.

"I don't think any of us can believe what we're after doing," wing-back Brian McGrath told Tipp FM's Stephen Gleeson after the game.

"It's unbelievable. Every week, playing with those lads, there's not better feeling. It's some enjoyment. I've never enjoyed a club championship as much. We absolutely love it.

"I'd do it all again, everything that we've gone through over the last two years. Last year [losing both finals], it makes it even more special. Winning with these boys is unbelievable.

"As [my brother] Noel said in his [captain's] speech, it's his proudest moment. I'm absolutely delighted for him. There's no one who deserves that more."

"I don't think any of us believe what we are after doing like.." Loughmore goalscorer Brian McGrath chats with @StephenGleeson_ about winning the double in Tipperary @Loughmore_Gaa pic.twitter.com/jfO0Zt5M6S

Six minutes into the second half, McGrath landed a major blow for Loughmore when he scored the first of the game's four goals.

"I found myself up there, high up the field a few times. It's just a blur. I stayed following the ball and a lucky break [happened]. I just hit it, hoped for the best, and thank God it went in." 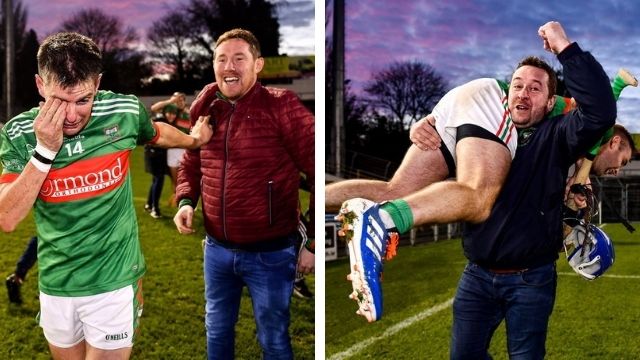