'He Was A Father Figure. He Didn't Just Give Us Advice On The Pitch'

Briege Corkery's episode of Laochra Gael, which airs this Thursday, finishes with a tribute to Eamonn Ryan, the man who managed the Cork ladies footballers to unprecedented success during 11 seasons in charge.

Ryan, who died earlier this year aged 79, steered Cork to 10 All-Ireland titles between 2005 and 2015. That included the county's first ever title in the year he took over.

"He just told us that he was moving on," says Corkery about the moment Ryan told players he'd be stepping away in 2015.

"He felt he had done as much as he could do with Cork ladies football. Obviously, we were hugely disappointed to lose him. I remember texting him when he left, 'You've taught us an awful lot. We're so appreciative and you're going to be sorely missed'.

"He was like a father figure. He didn't just give us advice on the pitch. It was off the pitch as well. He helped so many girls with different things off the pitch in their careers. It was a huge change to see Eamonn go."

Between football and camogie, Corkery won 18 All-Ireland titles, 11 of them in football. During the latter part of their career, Corkery and Rena Buckley played in midfield.

"We had an exceptional bond in midfield," says Buckley.

"The pinnacle of that on an All-Star trip. Myself and Briege were on the same team, and Eamonn Ryan was our manager. While Eamonn would have known all the top players in ladies football, to actually name them out on a team, the names might not come that quickly to him.

"He was calling out the team, and he called out the goalie, he struggled through the six backs, and he came to midfield, he breathed a sigh of relief and said 'The two lads'. Then he moved on."

"Starting out, I'd always keep skittles or a mars bar in my skort"@corkery5 Dual Star & Cork Legend! 🤩🤩 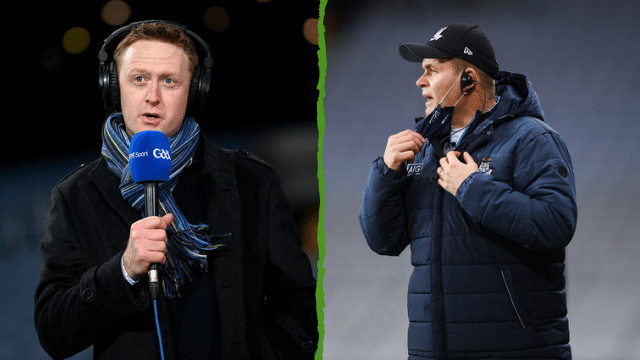 GAA
5 years ago
By Gavan Casey
Briege Corkery Reveals She Saved Cora Staunton's Comments On Her Phone For Motivation
GAA
5 years ago
By PJ Browne
The All-Ireland Ladies Final Player Of The Match As Voted For By You
GAA
5 years ago
By Gavan Casey
'I Suppose When You're Winning, People Love To See You Fall. That's Definitely A Motivating Factor'
Popular on Balls
Basketball
3 hours ago
By Eoin Harrington
Kieran Donaghy And Tralee Warriors Claim National Basketball Cup Title In Tallaght
Rugby
4 hours ago
By Colman Stanley
Michael Lowry Backs Up Farrell's Faith In Him With Superb Display For Ulster
Rugby
7 hours ago
By Colman Stanley
Jimmy O'Brien Announced His Arrival On The Biggest Stage This Afternoon
GAA
8 hours ago
By Eoin Harrington
Watch: Outrageous Score Helps Ardscoil Rís To Dr Harty Cup Victory