Menton played a crucial part in Meath's successful season which included a promotion to division one in the league, a Leinster final appearance against Dublin and making the Super 8s. In the aftermath of Dublin's All-Ireland final victory last weekend, he hit out at a post which declared 'Sam is coming home to Dublin'. 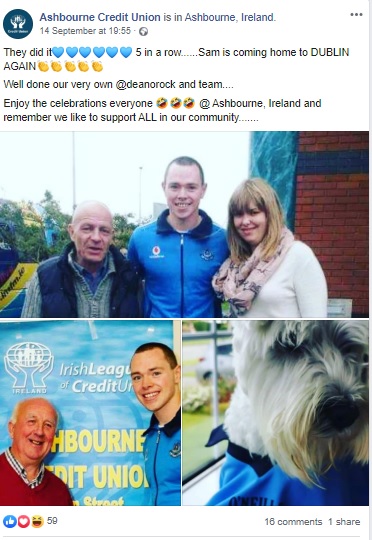 Responding on social media, the Meath midfielder labeled it "embarrassing and insulting to genuine Meath people from Ashbourne."

He went on to add that the business should know better: "Support where you're from as an individual but for a business to post what they're posting on social media, you should be ashamed of yourselves."

It is not the first time the Meath Credit Union has been criticised. Last year, a post organising transport to a Dublin match also received a strong reaction. 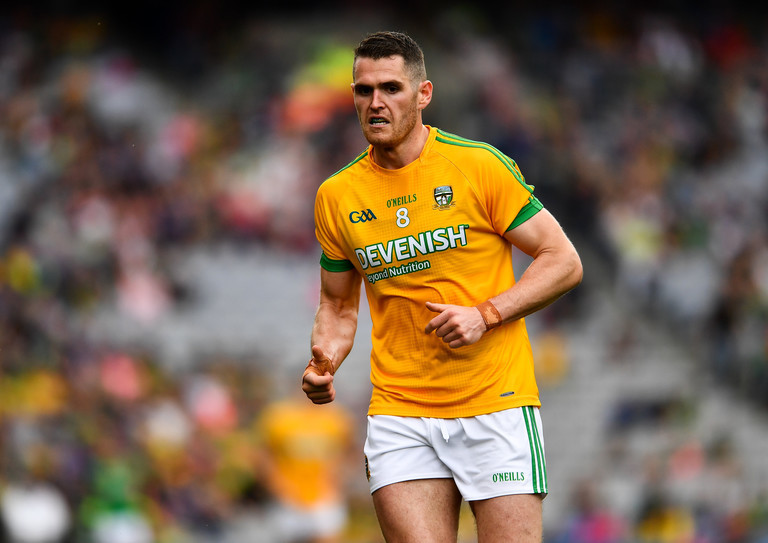 In a statement to Balls.ie, Menton articulated precisely why he was irritated at the recent post.

He explained the issue was not with Dublin but the lack of action celebrating Meath's success this year, which included a Christy Ring final victory in Croke Park over Down and an All-Ireland ladies intermediate final appearance.

We have no issue with Ashbourne Credit Union congratulating probably one of the best football teams in history and I would agree with them, it is a fantastic achievement.

Our issue is, 1)- the statement "it is coming home." Ashbourne is in Co. Meath not Dublin so that is incredibly insulting to Ashbourne natives who love their county, Meath.

2)- The lack of support for actual Ashbourne natives, like Meath ladies captain Maire O'Shaughnessy and the other three girls who were involved in the All-Ireland from Ashbourne. Colm O'Mealoid (Christy Ring winner earlier this year) and the five lads including myself who have had a successful year with Meath and didn't get a single message of support on any platform.

It would be easy to just let it slide and let them continue what they are doing but I am a proud Meath man and I know it is just wrong.

GAA
4 months ago
By Mark Farrelly
Quiz: Name Every All-Ireland Football Final Man Of The Match Since 2010
Hurling
1 year ago
By Michael McCarthy
Quiz: Do You Remember The 2019 Intercounty Football And Hurling Championships?
41

GAA
4 months ago
By Mark Farrelly
Quiz: Name Every All-Ireland Football Final Man Of The Match Since 2010
Hurling
1 year ago
By Michael McCarthy
Quiz: Do You Remember The 2019 Intercounty Football And Hurling Championships?
GAA
2 years ago
By Maurice Brosnan
'If I Took A Break But Stayed Here, You Don’t Get Away. You Would Hear Talk Constantly'
Popular on Balls
Rugby
2 days ago
By Colman Stanley
Keith Earls Shares Story That Captures Andy Farrell's Decency
Football
1 day ago
By PJ Browne
'If He Continues With Performances And Goals Like That, Stephen Kenny Will See It'
Football
2 days ago
By Eoin Harrington
Quiz: Name Every Player To Score In A Champions League Final
Football
20 hours ago
By Gary Connaughton
Portsmouth Likely To Retain Gavin Bazunu This Month Despite Championship Interest