Bud Hartnett remembers his first trip to Croke Park. It was 2001 and the stadium was far less muscular than its current guise with the Hogan Stand and Hill 16 end yet to be redeveloped.

His reason for being there was family. His brother Kevin, who would go on to play with the county's senior teams, was lining for the Rebel minors.

Bud and Kevin's roles will be reversed this weekend when their club, Russell Rovers, face Conahy Shamrocks in the All-Ireland junior hurling final. Kevin is coming home from Texas for the game.

"He actually can’t watch any of the games, he’s too nervous," says Hartnett.

"The one that was on last week, he’s nearly happier with the time difference when they’re early games - he can wake up and see the result.

"Look he’s definitely looking forward to it, he’s kind of one of these guys who was playing with the club for how many years with little or no success.

"Then the wave of guys that have come through now, they’ve East Cork medals, county medals, Munster medals and hopefully come Saturday we can add another one to that. It’s great he’ll be back to experience this as well." 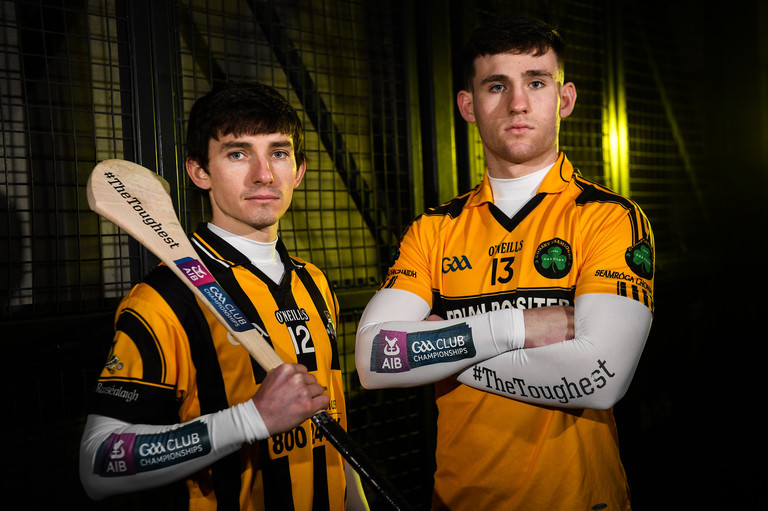 Russell Rovers defeated Galway and Connacht champions Mícheál Breathnach in the All-Ireland semi-final. There were 11 points between the two sides after extra-time but the scoreline fails the tell the tale of a thrilling 60 minutes which preceded. Hartnett, standing in for regular free-taker, the injured Josh Beausang, stepped up to strike an equaliser late in injury time.

In 2018, manager Michael Mannion pulled off a coup by getting former Cork coach Frank Flannery to train the team. They won their first ever East Cork title and reached the Cork JHC final where they lost to Cloughduv.

When Flannery decided to step away, Mannion pulled another rabbit from his hat last year by landing Noel Furlong as replacement. Furlong has managed Cork underage teams, is a selector with the UCC Fitzgibbon Cup team and is set to be Cork minor manager in 2021.

Hartnett played on some good Cork minor and U21 teams which failed to make it to Croke Park. He was also on the fringes of the county senior team but never made a breakthrough. In the middle of the last decade, he transferred to Midleton where he won a county title in 2013.

"I hate to compare, I keep them separate," he says when asked if reaching the All-Ireland final with Russell Rovers means a bit more than winning a county title with Midleton.

"That was also pretty special for that group. Midleton hadn’t won a county in so many years, it was great to be part of that as well.

Hartnett returned to his home club after three years, a desire to play with the friends he grew up with being the main reason. At the time, Russell Rovers were not going well. Dropping down to Junior B level was considered but was opposed by the players - a great decision in hindsight.

"We knew we’d a very good crop of young players coming through. What’s after transpiring now is they’re building up the core of our team - 22, 23-year-olds waiting to come through.

"Numbers for juvenile, there is something to be looked at down the line because the numbers are small in the area. But hopefully something like this: the winning, the getting to play in Croke Park, the buzz around the place, hopefully that’ll give a lift to all the younger kids and the schools and benefit us in that way.

"We only won our first East Cork, the divisional championship two years ago. Before that we would have been whipping boys of East Cork. Fair enough to say that we wouldn’t have been seen as any bit of a dangerous or competitive team. Won it two years ago, retained it last year, first county last year, then we’d Munster and now here we are.

"It’s been sudden but there’s loads of guys in the club that kept it going for years. You can see it after every game, every further step we go, they’re overtaken by emotion. It’s amazing for all of them."

Padraig Walsh: 'We've Been Slagging Him About It Since, 'You Never Came Near The Rest Of Us''