It's a saga that always seemed to be heading this way since Aisling Moloney raised the issue on Tuesday. Her club, Cahir, had qualified for the Tipperary Junior A Camogie final, as well the senior football decider. Unfortunately, the Camogie game was scheduled for this Saturday, while their football final against Aherlow was set for the following day.

Now, the club have officially informed the Camogie county board that they will not be fulfilling the fixture due to player welfare concerns.

With 16 dual players at the club set to be involved, the players and the club naturally thought the scheduling to be unreasonable and implored the Camogie county board to reschedule the fixture.

Moloney, a 2019 LGFA Intermediate Player of the Year, and a two-time All-Ireland winner with Tipperary, posted on Tuesday that the club had already been forced to play two games two weeks ago, when they managed to scrape by in both semi-finals. She also pointed out her cofusion that all other Camogie county finals had been played last weekend, but that the Junior A decider was not.

within 26 hours of eachother. This Sunday the 27th has always been LGFA County Final day in Tipp. On the other hand Camogie finals have occured this weekend gone the 19th/20th but somehow the Junior was not played. This clash was flagged with officers of @camogietipp with the

weekend, or following weeks for that matter??!! Having sent a letter to @camogietipp on behalf of dual players to raise our concerns they are still not willing to accommodate us. Surely common sense must prevail ??? @Loughmore_Gaa were in the same position as ourselves and the

fixtures were moved without question. Sometimes you wouldn’t even be surprised that this occurs, we strive for equality and moving forward with times in Sport, but yet those in charge of such decisions do the opposite. This begs reasoning !! 🤒🤒🤒🤒🤒🤒🤒🤒

The Camogie county board, and indeed the football board, refused to change the fixture, and last night, Cahir confirmed they would not be lining out a team for the Camogie final.

As pointed out in Moloney's original tweets, Loughmore-Castleiney reached the men's county hurling final last weekend, and are due to play in the football final against Clonmel Commercials this weekend, and accommodations were made for their high propensity of dual players.

In Galway, Daithi Burke faces a similar issue in the Galway county finals, should Corofin win their semi-final this weekend as expected, but he is the only player affected and there are two separate clubs involved. One does wonder if a men's team were involved.

It's far from the first such controversy that women's Gaelic Games have been involved in, with Moloney claiming she's received messages from around the country from players who had been put in a similar position. At county level, there have also been a number of issues. For example, the Clare footballers and Camogie players engaged a high profile battle with the respective county boards in 2015 over a fixture clash in the Championship, while even this year, both Cork and Clare players were forced to choose their team for a round of National League fixtures.

This latest farce will only bring more calls for the Camogie Association and the LGFA to merge into one organisation, with some suggesting it should be done under the wider GAA umbrella. 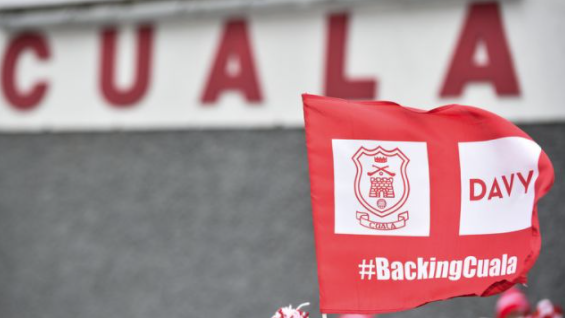 GAA
1 year ago
By Declan Rooney
'We Have A Poultry Farm, But That Has All Stopped This Summer'
GAA
2 years ago
By Declan Rooney
'I've Been Approached By AFL clubs, But It's Not Something That Suits Me At The Minute'
Popular on Balls
Rugby
2 days ago
By Colman Stanley
Keith Earls Shares Story That Captures Andy Farrell's Decency
Football
2 days ago
By Eoin Harrington
Quiz: Name Every Player To Score In A Champions League Final
Football
1 day ago
By PJ Browne
'If He Continues With Performances And Goals Like That, Stephen Kenny Will See It'
Football
14 hours ago
By Gary Connaughton
Portsmouth Likely To Retain Gavin Bazunu This Month Despite Championship Interest