Appetite Exists To Change Names Of Camogie And Ladies Football

"It's funny," says Offaly dual player Gráinne Egan, "a lot of trainers that we would have come in to us are hurling trainers, and they'd often say 'come on lads' or 'we're going hurling', and then they'd correct themselves and say 'sorry, camogie'.

"And it's something that always annoys me, because in my head, and I think for anyone who plays, it is hurling, and we're going out hurling and it's great hurling and whatever it is.

"I don't think that differentiation comes from the players." 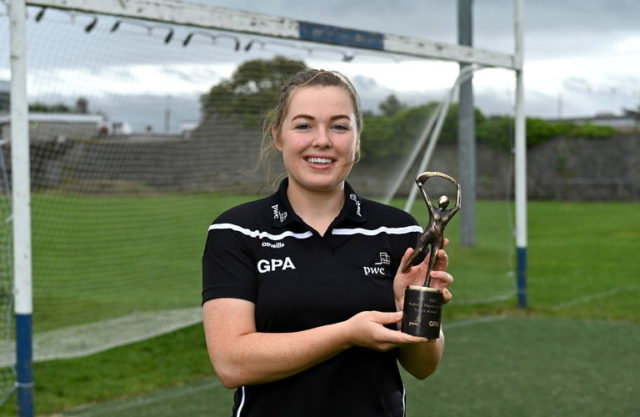 9 June 2021; Gráinne Egan of Offaly with the PwC GPA Women's Player of the Month in Camogie at Tullamore GAA club in Offaly. Photo by Piaras Ó Mídheach/Sportsfile

Egan says the optimist in her would like to believe that some time in the next five years, camogie and ladies football will step under the GAA umbrella.

'The physicality in camogie has gone right up'

"There are a lot of big jobs, a lot of people whose livelihoods are kind of involved in this, and I know it's a lot more complicated than just, ‘We'll bring it all together and that's it’," she says.

"The GPA [and WGPA] coming together has been massive already. It's visible and it's only going in the right direction, so if we can keep it going you would love to see them coming together, and get rid of the skorts, and start just trying to bring them closer.

"Changing the rules as well this year, the physicality in camogie has gone right up, which is great. It's made it more enjoyable to play, it's more enjoyable to watch. Hurling is nearly going the other way, but that's a different conversation.

"But it's much more enjoyable and hopefully we can keep going, keep making those changes and keep modernising it."

Just like Egan, eight-time Cork All-Ireland winner Ciara O'Sullivan would like one day for the sport she plays to be called Gaelic football and not ladies football.

"I think that would be good in the future," says the PwC GPA Women's Player of the Month in football.

"There's so much work done in the media over the last number of years to promote women in sport and hopefully in the coming years what that will mean is that it won't be 'women in sport', it'll just be sport and it'll be spoken of equally."

O'Sullivan believes there is an appetite among female Gaelic footballers for the LGFA to merge with the GAA, an accord she feels might end fixture debacles in the women's games.

"There's no joined-up thinking there, and I know it's separate organisations and it's not expected, but it would be brilliant for young kids coming up that it was all the one, that you are a county player, regardless of whether you are a hurler or a camogie player or whatever it is, it's the one level." 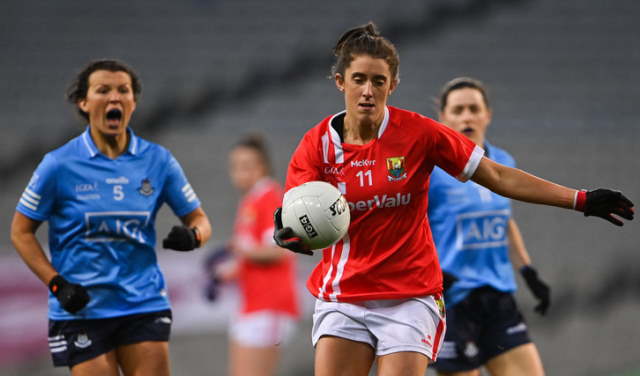