Galway And Kilkenny Willing To Adapt For Camogie TV Coverage

This weekend's division one Camogie League final between Galway and Kilkenny has the unusual Sunday throw-in time of 7:30pm.

Usually, by that time, teams are on the bus home or tucking into their post-match meal. Instead, they'll be playing under lights at Croke Park.

The Irish Examiner reported on Tuesday that the game - which will be shown live on RTÉ - has a late start due to the national brodcaster's schedule being taken over by the European Championships. The evening throw-in will also maximise the number of eyeballs on the game.

"I actually think it's good that it's at half seven," says Kilkenny's Miriam Walsh.

"The majority of the team, most of them are teachers. Everyone's kind of quite flexible in that sense. Camogie kind of comes first.

"The two o'clock to three o'clock throw-in, people are going to be going off places and they mightn't tune in." 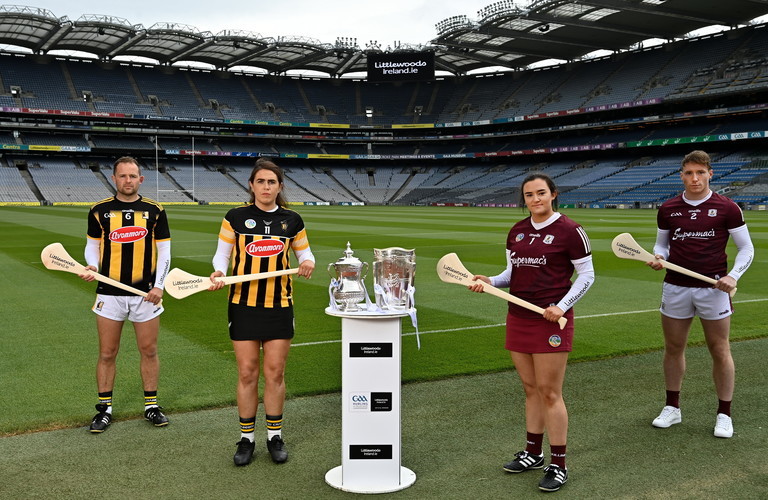 16 June 2021; Padraig and Miriam Walsh of Kilkenny and Sarah Healy and Shane Cooney of Galway in attendance during the launch of the Littlewoods Ireland Camogie Leagues Finals and All-Ireland Senior Hurling Championship at Croke Park in Dublin. Photo by Sam Barnes/Sportsfile

"People flicking through the channels, if they stop and watch one camogie game, they might come back and watch another one. Then they might go to the matches," she says.

"It is a long day before it. We have had experience, the All-Ireland final last year was a late throw-in. We would be able to adapt.

"As long as you know what you're doing for the day, and you have it planned out, I think we'd be able to cope with it."

Walsh has already seen the benefits of more prominent television coverage this year.

"It's nice to be on the Sunday Game," she says.

"Normally, we're at the end of it but we're kind of in the middle of it now. Loads of people from Kilkenny were saying it to me, [that] 'Ye went well in the league.' Normally, if it was at the end, they wouldn't really cop it.

This weekend's league decider - a rematch of December's All-Ireland final - is part of the pilot scheme for the return of crowds the matches.

"Just to get the family back coming with you," says Healy.

"It was hard going up playing a match, and they have to stay at home. It's great to have them coming with us. Even as players, it's great to hear the cheers, and just the atmosphere around it. It makes a lot of difference to us playing on the pitch." 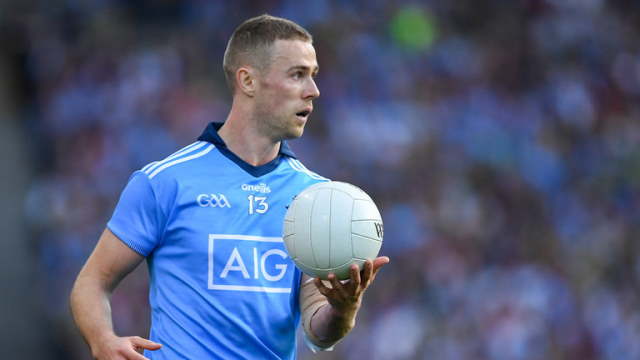