'You Can Do All Three - Working, Being A Mom, Playing Football'

Losing a second All-Ireland club final in three years was a dreadful way to start December, but Lorna Fusciardi didn’t have time to dwell on further heartbreak with Foxrock-Cabinteely.

The 30-year-old had to prepare for baby daughter Harley’s second Christmas, and a 2019 full of possibility with Wicklow.

Fusciardi, and her club teammate Laurie Ahern, returned to the inter-county set-up with a burning ambition to create some history there instead.

Both players have featured in the 2016 and 2018 All-Ireland club deciders, while defender Fusciardi started both, and they are determined to lead Wicklow to promotion from Division 3 of the Lidl National Football League now.

“We lost the All-Ireland final against Mourneabbey so last year was a bit crap in fairness,” said Fusciardi.

“It just wasn’t our day, we just didn’t perform. We did everything right all year and then we lost the most important match but hopefully this year we can get it right.

“But along with Laurie it’s great having that experience on the Wicklow side of things.

“I have been playing with Wicklow for probably 12 or 13 years and the leadership, and playing with such a senior club in Dublin helps.

“It helps drive the girls on to see the motivation I would have as well.”

Fusciardi, who gets her name from her Italian grandfather Elio, grew up in Greystones but opted for Foxrock-Cabinteely around five years ago, when the local club folded.

With camogie not a viable option, Gaelic football was always number one, and Fusciardi pushed through the ranks at an early age.

She would eventually marry Darren Hayden, who plays with the Wicklow men’s team, and in August 2017, Harley was born.

But having made it onto the senior panel aged just 16 Fusciardi pushed on and continued to lead the way for the Wicklow Ladies.

“It is definitely difficult but we have a great support system,” said Fusciardi.

There is so much love for the game. All of my friends, my great friends who I have known all my life, definitely help. Once you have a support system behind you, you can do all three, working, being a mom, playing football.

Once it’s a hobby it’s not something you should give up because you have a baby. It’s tough but it’s good for both of us playing football while having our child.

“Between gym and on the pitch I am probably training five nights a week. We have two sessions midweek and a session or a game at the weekend.

“We would have our own work to do in the gym, whether it’s gym or runs we would have to do that twice a week. It’s hard to juggle it all because it’s tough.

“But I am not one to sit around. I can’t sit still for two seconds. I definitely enjoy it.

“It’s just good for your mental health as well getting out of the house. I enjoy sport so much too so it’s not a chore, I enjoy doing it.”

Wicklow are fourth in Division 3 after their disappointing 1-16 to 0-12 defeat at the hands of fellow promotion chasers Sligo. 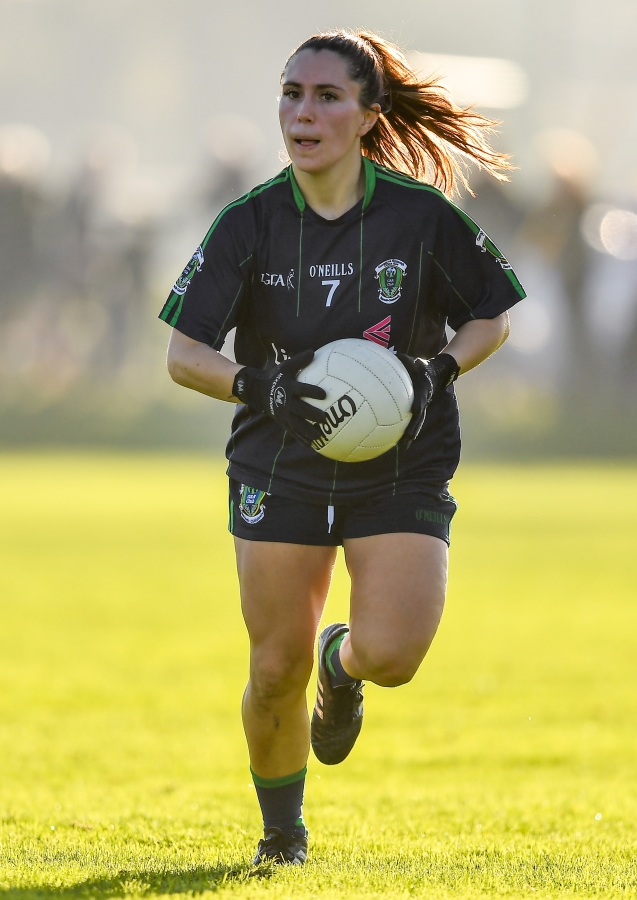 Wicklow host Offaly in Round 5 on 17 March and Fusciardi expects an improved performance in order to stay in the hunt.

“We lost to Sligo on Sunday. We had done so well to beat Down and Kildare so really needed another win,” said Fusciardi.

“But we have lifted our heads and we know that if we can keep driving it on we have a chance to make the semi-finals.

“We were really disappointed with our performance against Sligo. Sligo were the better team. But we are ready to get going again.

“We expect Offaly to be decent. I don’t know what way the game will go. If we perform to our best we have a great to win it.

“The whole Division 3 league is tit for tat. Everyone is very good and it’s an equal division.

“There is not much between any of the teams.”