Mayo hurling stalwart Cathal Freeman believes that having Keith Higgins on board full-time with the county hurlers in 2021 will be a priceless addition for the team.

Higgins retired from inter-county football in January, but signalled his intent to give his full focus to the Mayo hurlers this season after trying to play both codes on and off over the years.

Freeman (30) was part of the Mayo side that lost last year’s Nicky Rackard Cup final to Donegal, while they were also relegated from an ultra-competitive Division 2A in the National League, but the Tooreen club man thinks having Higgins's experience to call on will be huge.

“It’s massive for us. Not only is he a fantastic athlete in the physical sense, he is also a fantastic hurler,” said Freeman, a third-year medical student at University of Limerick.

And even aside from that, the experience that he will bring to the group at training sessions in meetings, the insight he will bring from his experience of playing high level sport for 15 years, is going to be massive for us.

He’d be one of the elder statesmen within the group and a lot of the team would have grown up idolising him, looking up to him. The words he speaks will carry real weight. I’m sure as a group we will benefit from that hugely.

Last year turned out to be a time of mixed emotions for Freeman. In January he helped Tooreen reach the All-Ireland intermediate club semi-finals, only for a hamstring injury picked up the following week to rob him of his dream of playing Fitzgibbon Cup hurling.

He went on to raise more than €62,000 for the Irish Cancer Society and for protective equipment for HSE staff, when he soloed a sliotar a marathon distance in his garden. Tooreen then lost their Mayo club title to Ballyhaunis in the autumn – Higgins scored nine points – before Donegal denied the county team in the Croke Park decider.

Despite that defeat and their relegation, he thinks there is plenty to be positive about in Mayo hurling.

“Looking in from the outside, it is difficult to understand where Mayo hurling is. Last year’s league didn’t go as well as we’d have hoped and we lost out to Donegal, but there are some green shoots appearing,” added Freeman who was speaking at the launch of the new Mayo jersey for 2021 will incorporate the Intersport Elverys brand for the 24th year.

“Adrian Hession, the GPO in Mayo, has done incredible work. I shake my head when I think about what he has done in order to get hurling into 44 national schools in the county. That has never happened before.

“Two great club mates of mine, Austin Henry and Jackie Coyne, have done a powerful amount of work putting together a ten-year strategic plan for Mayo hurling.

“New underage clubs have been set up in Claremorris and Cashel Gaels, and Cashel have an adult team too. That’s a big step forward; that’s what we need. The more people you have playing any given sport the more opportunity you have for the top end of that group to progress.” 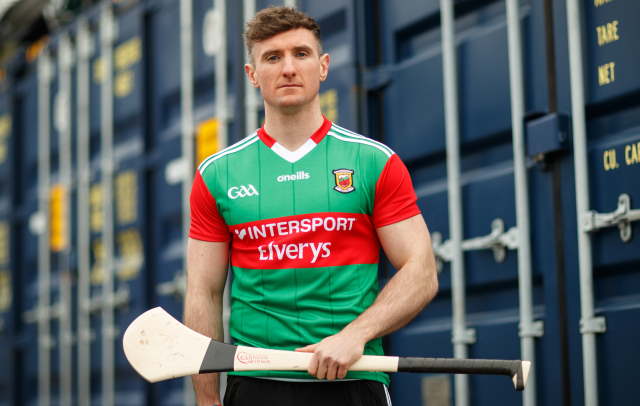 After first studying in NUI Galway, Freeman returned to study medicine in Limerick in 2018, and after his time as a Sigerson Cup footballer, this year is his seventh academic season, he became ineligible to play Fitzgibbon Cup.

As part of his third year in medicine he has been working as a GP in Roscommon, and helping in the vaccination of some of the vulnerable in society has given him a real lift.

"It has been a great experience so far, but there have been difficult parts to the job too. As annoying as it might seem that the vaccinations programme is not going as fast as it might have hoped, in the GP practice here, we gave out the vaccines to the over-85 group last week. The excitement amongst the group was just unreal. I can’t describe it.

"Even all of us that were helping giving it out, the excitement from everyone, to just finally have it in our hands and to be able to give people that have been cooped up in their own homes, cocooning for months on end, to give them some hope is something that will stay with us for a long time.

"Often times when you ask how people feel about needles the usual answer is they’re not too fond of them, but last week there were no complaints. ‘Give it to me, the biggest needle you have, just put it in’. That will stay with us for a while."

Cathal Freeman was speaking at the launch of the new Mayo home jersey for 2021. Intersport Elverys, together with O’Neills, Mayo GAA, and Mayo LGFA, have unveiled the new home jersey which will be worn by all Mayo inter-county footballers and hurlers for the 2021 season. The new jersey will incorporate the Intersport Elverys brand for the 24th year and will be available from 5th May exclusively through www.Elverys.ie and www.ONeills.com until stores across the country re-open. 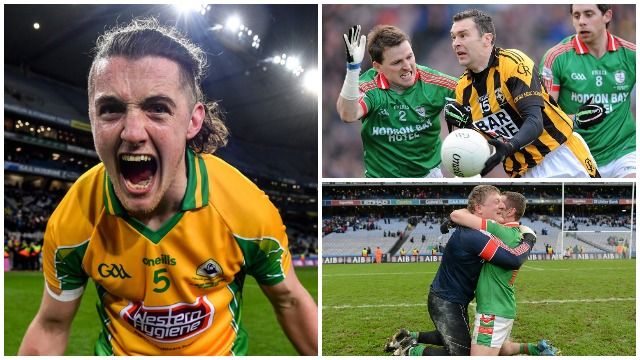