Cavan knocked Monaghan out of the championship on Saturday afternoon following a dramatic finish to their encounter in Clones.

Cavan captain and goalkeeper Ray Galligan stepped up to kick the winning score in injury time of extra-time to claim victory 2-15 to 1-17.

.@CavanCoBoardGaa's Raymond Galligan steps up and executes this crucial point to win the game for the side in the dying moments of extra-time! pic.twitter.com/zkxR22YcTF

The game finished level in normal time at 1-13 each. Gerard Smith kicked a superb equalising score for Cavan who had trailed by six points at one stage in the game.

Monaghan led by two points at half-time in extra-time. A goal from Martin Reilly proved crucial as Cavan edged ahead but Rory Beggan stepped up to kick what look like the score which would see the game decided by penalties.

Moments later, Cavan won the kickout and referee Ciaran Branagan awarded a free which Gallgian converted for a famous victory.

😍 A beauty from Gerard Smith to equalise for Cavan!pic.twitter.com/J3tYs0OYwc 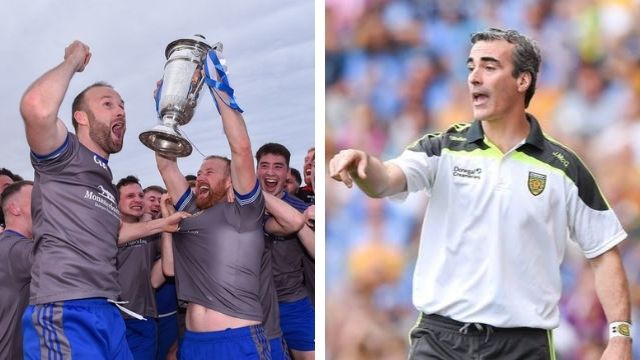