This time last year, Chris Crummey's calendar wasn't so cluttered. Dublin had been knocked out of the hurling championship after finishing fourth in Leinster with just a win against Offaly and a few moral victories to their name.

Crummey and inter-county teammate Eoghan O’Donnell decided they would head off to Zambia. The school in which Crummey was working, Joey's in Fairview, has an affiliation with the Zamda Ireland charity through former principal Pat Fanning.

"Pat would have been a Dublin minor manager of Eoghan and I would have worked with him a lot," said Crummey at the launch of Leisureplex's 'Share Your Summer' campaign.

He's a great man. When he retired, he moved over to a charity called Zamda Ireland. He’s doing brilliant work over there.

Pat’s a big hurling man. That’s the link we had. His dad would have been the president of the GAA [in the 1970s].

It was a brilliant experience to go over there and see the work that charity is doing, what they are providing in terms of education and resources to the most vulnerable children in that area.

"There's so much homelessness there," continued Crummey.

"Even people who have homes, there's no electricity. The resources we have, it’s totally on a different level to what they have.

"The charity has set-up a school for the most vulnerable children in the area. It’s a school but also provides a shelter for all the orphaned children. Recently, they set up a secondary school as well.

"When we were there, it was the end of the school year. We were helping to build the secondary school, just interacting with the children as much as possible - that was our role." 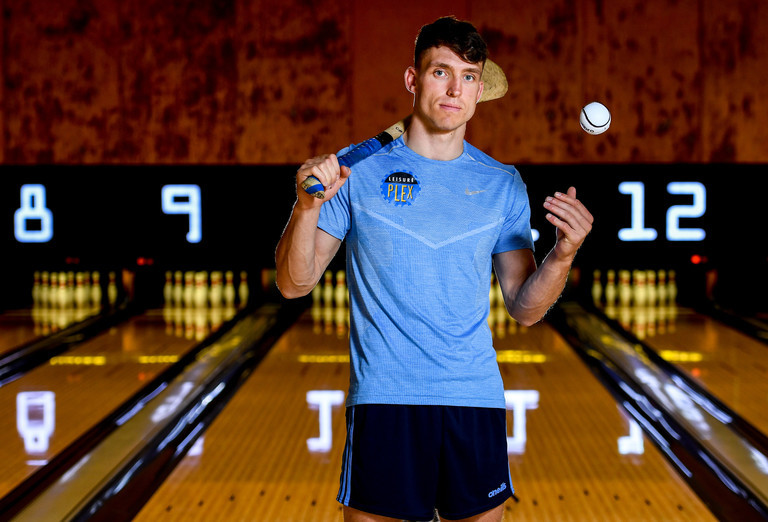 The experience gave Crummey an appreciation of how privileged we are to live in Ireland.

"You take things for granted a lot. When you go over there and you see the conditions that people are living in, when you come home, it does give you an appreciation of what you do have.

"Everyone living in this country is lucky to have what we do, compared to the conditions in Zambia."

A year on and Dublin have gone a step further in the championship. This weekend, they play Laois in a preliminary All-Ireland quarter-final with Tipperary awaiting the winners.

Crummey, the only Lucan Sarsfields player in the Dublin panel, continues a recent tradition of the club providing the capital's hurling captain; clubmates Peter Kelly and Johnny McCaffrey have preceded him.

"When Pat [Gilroy] asked me last year and then Mattie [Kenny] asked me this year to captain the side, it’s just a great honour for myself, my family and my club," said Crummey.

Galway man Kenny is the fourth Dublin manager under whom he has played.

"It's a lot when you consider it's only been five or six years," said Crummey.

"Obviously any manager that comes in will have their own ideas and philosophies. Generally, it's the same core group of players and if you look back at the team over the last five or six years it's still a lot of the same players in the same positions.

"The biggest thing with Mattie is his attention to detail in terms of our own performance and our own training, but then also in terms of opposition analysis.

"You can see that he just loves hurling and you can really see that in his players."

Chris Crummey of Dublin in attendance at the launch of Leisureplex’s ‘Share Your Summer’ campaign, at Leisureplex, Charlestown Shopping Centre in Dublin, where teens & students are in with a chance to win a range of prizes simply by sharing their Leisureplex experience on Social Media. There’s loads of activities to try out, including Bowling, Quasar, Pool Tables & Arcade Games. For more info visit www.leisureplex.ie. Photos by Sportsfile

GAA
9 months ago
By PJ Browne
'I Love Speed. Liam Challenged Me To Bring Some Element Of That To The Team'
Previous Next