'There Are A Lot Of Well-Run Businesses In The Area, Players Tend To Stay Around'

Slaughtneil were KO'd from the Derry Senior Football Championship at the semi-final stage in October. The two-point defeat to Glen wasn't what they wanted but there has been an upside: Players have been able to give hurling their full attention.

On Sunday, for the first time, Slaughtneil play an All-Ireland Senior Club Hurling Championship final without also having to contend in the football equivalent. The Derry side play reigning champions Ballyhale Shamrocks in Newry.

"I suppose you can focus on your craft a bit better," said Slaughtneil's Chrissy McKaigue at an AIB media day ahead of the semi-finals.

In their previous two All-Ireland semi-finals, Slaughtneil lost to Dublin's Cuala and Limerick's Na Piarsaigh. Closing the gap on that type of team - All-Ireland winners - is the next big step for the club, now seven-in-a-row Derry champions.

A major obstacle is getting matches against a level of opposition which will raise their standards.

"For a hurling club from Derry and Ulster, you're not privy to the same intensity or same number of high quality games as you would be if you were from different parts of Ireland," said McKaigue.

Where we're situated geographically, there are really strong clubs in north Antrim but we tend not to play them too much because they, us and other strong clubs in Derry have an eye on meeting down the line. You don't want to be showing your hand.

The closest you're going to get for a really top game is a Dublin club, that kind of distance, on a bus or whatever is three hours.

Trying to plan that travel with being a dual club, trying to do that while having a large number of players who play hurling and football for Derry [is hard].

In this campaign, Slaughtneil have played challenge matches against the Wexford and Antrim hurlers and were looking at another game against a third level or county side ahead of this weekend.

"In the years gone past, we played the Tipperary hurlers, played the Carlow hurlers, Carlow IT," McKaigue said.

"We've always played top quality games. It's difficult but the good thing is that a lot of the teams at this stage of the year are always very accommodating to Slaughtneil. We have the name, we're the club that we are and we're always a lucrative friendly." 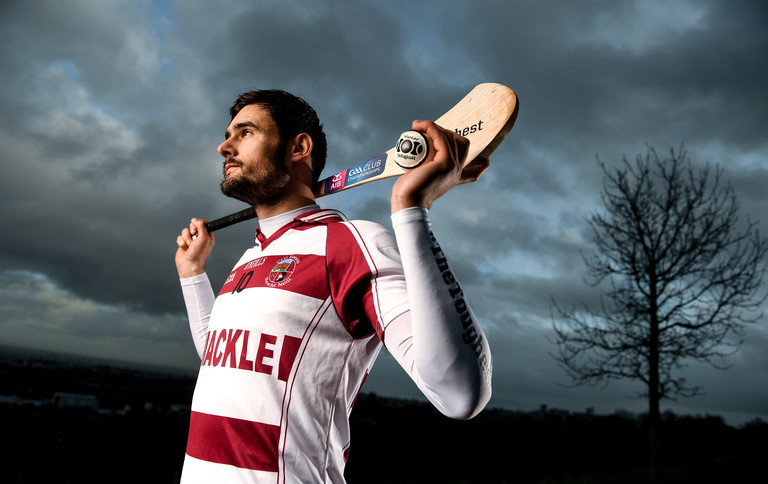 Slaughtneil is a small parish located just off the main road between Swartragh and Maghera. The hurling side of the club was born in the 60s. They won four Derry SHC titles that decade and two more in 1993 and 2000 before the current crop of players won their first in 2013. Between 2014 and 2017, they also won four consecutive Derry SFC titles and have claimed the last three All-Ireland senior camogie titles.

"There are a lot of well-run businesses in the area," said McKaigue.

"Players do tend to stay around - we're not that far from Derry city or Belfast. We have a good spread of players who are involved in all types of vocations and work.

"The people that we have with Slaughtneil, from when they're born, there's a strong attachment with the club. That may change but at the minute, we're very lucky at the minute that our retention of players is pretty good."

There is a strong consciousness within the club that this level of success cannot last forever - fighting on two fronts takes a toll on dual players and opportunities like Sunday have to be seized.

"In many ways, if it wasn't for Ulster club hurling at the minute, Ulster hurling would be extinct," he said.

"You see that with the turnouts in the Ulster club hurling final - it's the biggest crowd by far.

"You know, with the second and third tier competitions at inter-county level, everyone has their opinions on it but one fact: There aren't too many going to watch it. Maybe that's an indication of the interest and prestige associated with those competitions.

"There certainly is more of a pull with Ulster club hurling. As a hurler in Ulster, we're acutely aware that we protect that.

"There's a pride with being the first group of players to do something.

"We're the first ever Derry club to win the Ulster Club Hurling Championship in 2016. We then won back-to-back Ulster club hurling titles, and now we've won three in four years.

"There's maybe a pride to be taken from the fact that just because you're not from a traditional hurling or football stronghold that you can play the games and you have the right to go out and compete with the best.

"No matter how we do at national level, at some stage we can look back on our careers as being a decent innings.

"We've broken the glass ceiling in many ways; for me and the boys, that's where the pride stems from."