More Than Most, Cian Lynch Appreciates The Importance Of Balance In Life

It's hard to believe that Cian Lynch is still only 25-years old.

During his time in inter-county hurling, he has won just about everything there is the be won. Multiple times as well: three All-Irelands, three Munster championships, two league titles, three All-Star awards.

Now he can add another PwC Hurler of the Year award to that ever growing list after taking the gong home for the second time on Friday night.

Despite his age, talk surrounding Cian Lynch's time with Limerick will quickly turn to legacy. Just how many team and individual honours can he rack up before he is finished in the game? It's a good bet that his haul will be able to match any other player in the history of the game.

For the man himself, he doesn't think of things that way. He may have been dubbed the Lionel Messi of hurling by his uncle and former Limerick star Ciaran Carey, but Lynch doesn't pay too much heed to such comparisons.

Speaking to the media after the news of his PwC Hurler of the Year award was announced, Lynch confirmed that helping his teammates was his only concern when he takes to the pitch.

To be honest, I try to stay off social media and stuff around games. You don't really come across things like that. Obviously it's an honour to hear people come up to you and say nice things.

Everything like that is for the betterment of the team, to be able to put everything on the team and that 35 man panel. We know there is such competition there that nobody is guaranteed a jersey next year, no one is guaranteed a position on the team. That's what we keep going back to and harping on about, pushing each other and pushing things on.

Those individual awards are huge, but it's all for the team. 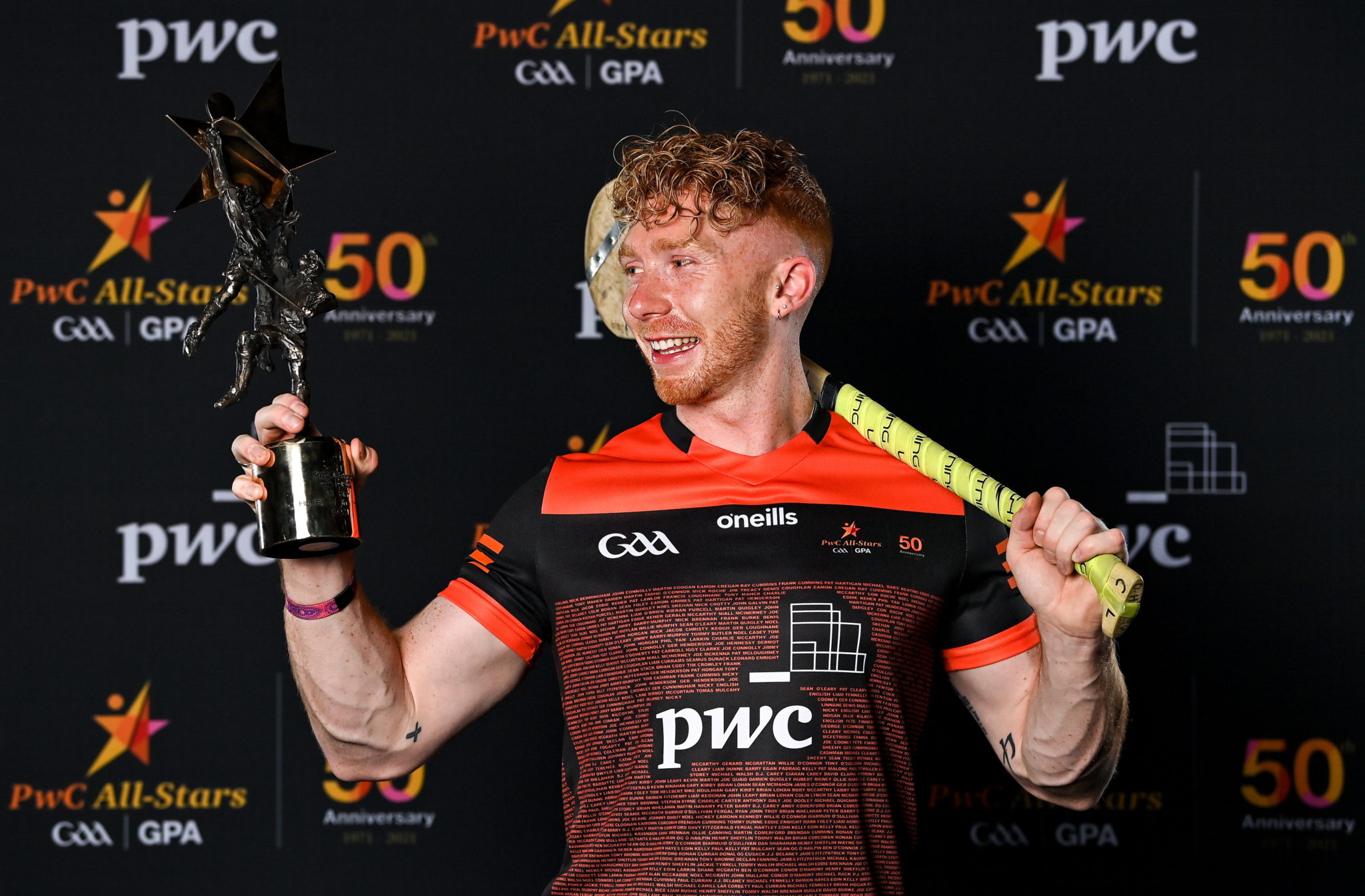 Cian Lynch of Limerick with his PwC GAA/GPA Hurler of the Year award for 2021 at RTÉ Studios in Dublin. Photo by Brendan Moran/Sportsfile

It's not difficult to see where comparisons with the likes of Messi come from.

Just like the Argentine footballer, Lynch is capable of producing things on the pitch that few others could replicate. He approaches the game like someone who is out their for his enjoyment, that hasn't lost touch with that 'kid on the playground' approach that all too often forgotten in top level sport.

As Lynch suggested himself, there isn't much point being out there if you can't enjoy it.

Enjoyment is everything. In life in general you have to enjoy the things that you're doing.

We grew up playing sport, for me it was soccer and hurling. For the young boys and girls that have different hobbies, you have to enjoy them. You put so much time into these hobbies that you need to go out looking forward to playing, coming home and saying 'I had great craic there'.

That's the most important thing. We can get caught up in the emotion of winning and losing, but you need to be able to look in years to come and say 'I really enjoyed playing hurling or football with a special group of lads'.

That's what I try to do personally, just to have fun...

We were all kids once upon a time and knew how important sport was in our lives. For any kid, girl or boy, it's an outlet and great social building block to meet new people, build confidence and self-esteem.

It's not all about the end result. It's about building yourself as a person through that sport. It's hugely important and I'd encourage any kid to get involved in as many sports as possible. 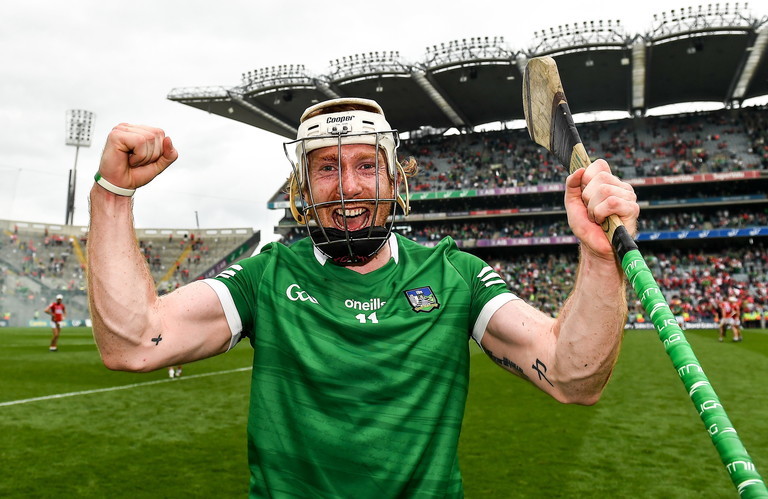 The Patrickswell man has been able to enjoy some rare downtime in recent weeks, even taking in a trip to Dubai with some of his teammates.

He admitted that he didn't get much of a tan during his time there, but he knows how important it is to be able to appreciate the time off when it comes.

That is even true in the height of the inter-county season, even if Lynch has trouble convincing himself that it is what is needed at times.

It's just about playing a bit of music, chilling out, going for a walk, or meeting a few of the lads here locally, going into little gigs around the place.

That's my down time. Switching off is important...

It's massively important. Even in the thick of things, you need to be able to step away and realise that perspective is everything. There are other important things in life as well.

Sport gives me a massive purpose in life and is the basis of nearly everything I do, but you need to be able to tell yourself that you need to relax, meet the lads, and chill out.

That is massively important because you can get consumed. You can end up sacrificing meeting the lads because you want to do the extra bit. You need to be able to tell yourself 'you know what, it might be no harm to relax tonight and chill out'.

Just enjoy life, that's what it all goes back to.

Having that type of balance in life will be important if Cian Lynch to go on and become one of the all-time greats like many expect him to be.

He is certainly well on his way. 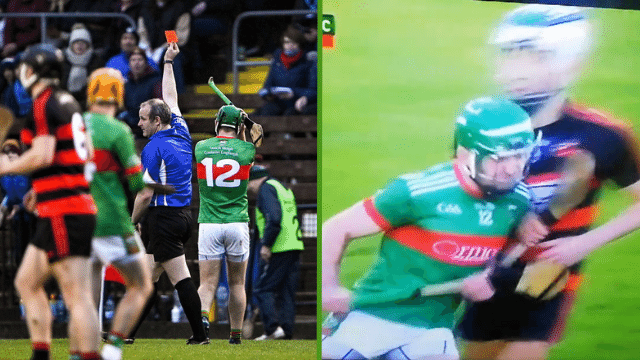 GAA
5 months ago
By Jonathan Byrne
Lynch And McGeary Take Home The Big Ones At PwC All-Star Awards
GAA
8 months ago
By PJ Browne
Limerick Backroom Team Rumours Not Fazing Cian Lynch
GAA
8 months ago
By PJ Browne
Cian Lynch Happy At Top Of The Class Rather Than Down The Back
Popular on Balls
Motorsport
2 days ago
By Eoin Harrington
F1: New Team Radio Clips Show Sergio Perez Frustration With Team Orders In Barcelona
Football
1 day ago
By PJ Browne
Five Things Learned From Stephen Kenny's Nations League Press Conference
Football
9 hours ago
By Gary Connaughton
Gary Neville Was Not Happy With Jamie Carragher's Comments About Marcus Rashford
35