There were those who doubted his ability to dominate a game, to take it by the scruff of the neck and dictate proceedings. Well, if those doubters were in Croker yesterday they’re going to have to change their view of him. He was absolutely magnificent and while it’s a team game the truth is that had McDonald not lifted his game to the level that he did then Crossmolina would not have won. The sign of greatness.

It was fitting that as the final whistle blew in the 2001 All-Ireland Club Football Championship final, Ciarán McDonald got the celebrate with the ball in his hands. After all, it had been his in the second half.

Crossmolina Deel Rovers had just become the first Mayo club to win an All-Ireland title, overcoming one of the game's giants, Nemo Rangers, by a single point at Croke Park on Easter Monday.

It was a victory which ended years of Mayo heartbreak and gave an insight into the type of scenes which will follow whenever they break their Sam Maguire drought. Four times previous to Crossmolina's victory, Mayo sides had lost All-Ireland finals: Garrymore in 1982, Castlebar Mitchels in 1994, Knockmore in 1997 and Ballina in 1999.

At half-time, it had appeared that Crossmolina would be another Mayo team who looked into the headlights of big final and were blinded. Nemo Rangers led by three at the break, 0-10 to 0-7. 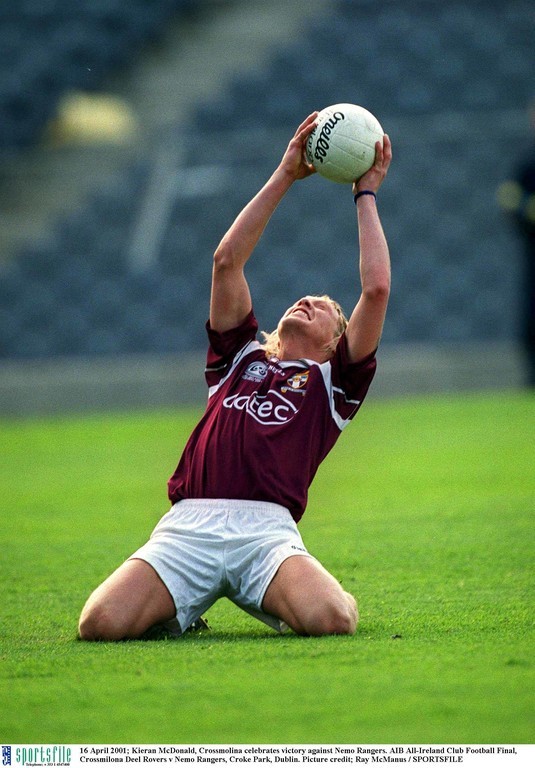 It is curious to hear the odd English word lobbed in during TG4's commentary of GAA games. 'Metamorphosis' was the one used as Crossmolina players bounced and Nemo sank after 60 minutes. It perfectly summed up the second half performance.

Five minutes after the throw-in, Crossmolina were level. McDonald - full of an urgency which had him pulling the ball from the grasp of uncooperative opponents - had scored all three points.

He was beloved as a player not just because of his ability to put scores on the board. More, it was about his stylishness. That was turned to full against Nemo.

Nearly every pass was hit with the outside of the boot and connected perfectly with its intended recipient. He was like that friend who opens bottles of beer off the side of a table: It's effective, and looks cool, but most appear foolish after attempting it. Not the Crossmolina number 11.

Points by Paul McGuinness and Johnny Leonard were followed by two more from McDonald, who hit seven in all on the day. Pat McAndrew put Crossmolina up four before Sean O'Brien and Liam Moffatt exchanged scores.

The game was deemed compelling even before throw-in. Along with McDonald, it featured another of Gaelic football's maverick talents: Colin Corkery.

With time nearly up, Corkery - while being liberal with his steps - danced through the Crossmolina defence, cutting the deficit to just a point. It set up a frantic finish which would see Corkery screw the ball wide with nearly the final kick of the game.

"I think the vital difference between ourselves and previous Mayo sides in All Ireland club finals was that we didn't lack the all-important belief in our own ability to come through," McDonald told the Irish Independent.

"Even when we were three points down at half-time we still felt that we had a great chance of lifting the title. We knew that we hadn't played to our ability in the first half, and thankfully we played much smarter football in the second half.

"The fact that we've beaten such a great club as Nemo, who have six All-Irelands, makes the achievement even more satisfying for us." 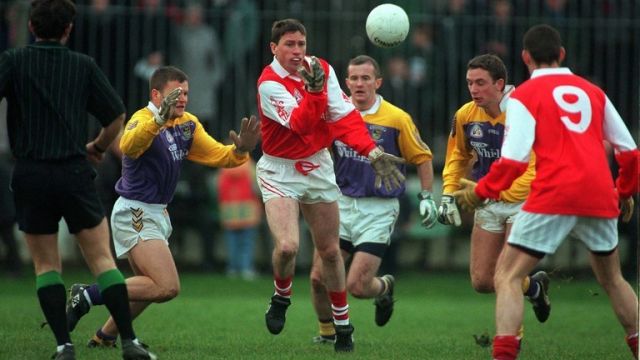