Three County Finals To Be Broadcast Live This Weekend

Action in county championships continues to reach the boil this weekend.

There will be live television coverage of finals in three of the most hotly contested competitions: The Limerick and Tipperary hurling championships and the Mayo football championship.

On Saturday night at Limerick's Gaelic Grounds - live on RTÉ2 - Doon face Na Piarsaigh in a repeat of the 2018 decider. Doon defeated Kilmallock in their semi-final and Na Piarsaigh beat reigning champions Patrickswell in their last four game.

TG4 has a double-header of action on Sunday afternoon. First up is Loughmore-Castleiney against Kiladangan in the Tipp hurling decider. Kiladangan lost last year's final to eventual All-Ireland runners-up Borris-Ileigh while Loughmore-Castleiney are looking to complete to first leg of a possible double. They have also qualified for the Tipperary football final.

In the final televised action of the weekend, Breaffy take on Knockmore in the Mayo football fina. Breaffy - who have never won a Mayo senior title - have lost three finals in the past seven years. Knockmore are looking to win their first Mayo SFC title since 1997.

Breaffy vs Knockmore - throw-in at 3:35pm 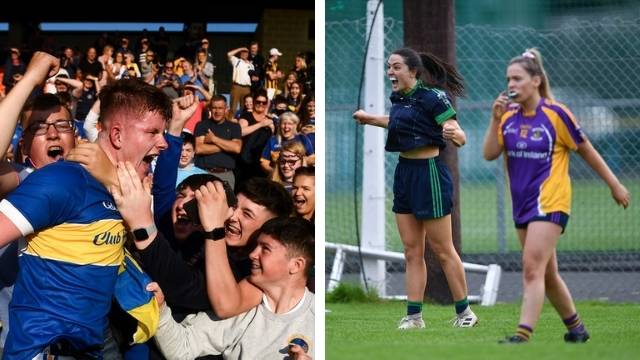 GAA
1 day ago
By Gary Connaughton
Watch: David Clifford Scores An Absolute Rocket In County Final Win
GAA
2 days ago
By Michael McCarthy
Cahir Withdraw From Camogie County Final After Pleas Fall On Deaf Ears
GAA
4 days ago
By Dylan Ryan
These Are The County Finals That Will Be Decided This Weekend
Popular on Balls
Premier League
16 hours ago
By Paul Moore
Match Of The Day's Analysis Of Manchester United's Defensive Shambles Is Great Viewing
6