Tipperary entered this afternoon's Munster final against Cork as underdogs, but their chances were given a major boost by the presence of Colin O'Riordan in the matchday panel.

The 25-year old has been playing in the AFL with Sydney Swans since 2015, meaning it has been over five years since he lined out at inter-county level.

He was given permission by the club to play in today's final, making a huge impact as Tipperary won a first Munster title in 85 years.

Speaking to RTÉ after the match, you could see just how much it meant to him.

"Given it your all for the sake of Tipperary - I can't put it into words - it's the best feeling" @TipperaryGAA AFL star Colin O'Riordan on a great day for the Premier County #rtegaa pic.twitter.com/SwxpRjD198

It's the best feeling I've had in many years. It just fills me with pride so much, I get emotional even thinking about it. To me, it's one of the best days of my life...

This isn't about me. It isn't about Colin O'Riordan coming out to give interviews, it's about the boys out here. To me, it means so much to be able to put on the Tipp jersey. It's something I will never take for granted, it's something I'll respect to the day I die, that I had the opportunity to wear the jersey.

It's a massive opportunity for me. I just want to say that I'm extremely thankful to Sydney for giving me the opportunity to play this game.

They were 100 per cent within their rights to say no to me and refuse me permission to play. They had no problem. John Longmire and all these lads over there with the Sydney Swans are an incredible organisation.

The delayed nature of this year's championship offered AFL players the chance to line out for their counties, but that is unlikely to be the case going forward as the calendar returns to normal.

We could be waiting quite some time to see O'Riordan in a Tipperary jersey after this year, making this win all the more significant for him. 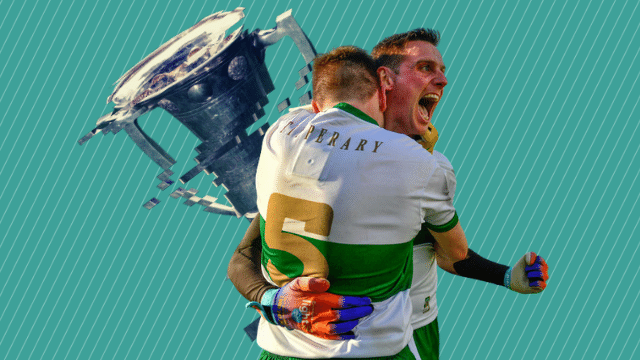 GAA
5 months ago
By Balls Team
Reports: Tipperary To Have Their Own AFL Weapon For Munster Final
GAA
1 year ago
By PJ Browne
Tipp's Colin O'Riordan Rewarded With New Deal By Sydney Swans
GAA
2 years ago
By PJ Browne
Ex-Tipperary Dual Star 'Stoked' For AFL Debut
Previous Next