Colm Cavanagh says that there was never any "bad blood" between him and Mickey Harte during their 13-year relationship as player and manager with Tyrone.

Cavanagh retired last year ahead of the resumption of the inter-county football season.

"There's a perception there that me and him didn't get on, and that was partly why I retired, but it wasn't the case," he told BBC Radio Ulster's The GAA Social podcast.

"In January, I think I made a comment that 'I couldn't stomach the set-up' any more," he said.

"That was taken out of context, in my opinion, because I went on to say that it was more around me, that I couldn't stomach playing football any more. They built it up that it was to do with Mickey."

Cavanagh said he only ever had one real argument with Harte while he was part of the Tyrone panel. That was following the 19-point defeat to Galway in last year's National League.

"He brought on Padraig Hampsey for me at half-time," said Cavanagh.

"I pulled him on it on the Tuesday night. It was the first time in my whole 13 years that I ever questioned Mickey. The team had played really poorly, and I wasn't shooting the lights out by any stretch. I'd made a block, and a few turnovers, just tried to get into the game.

"He brought on Padraig Hampsey who was just returning from injury and was nowhere near fit. I wanted an explanation.

"Whenever I travelled away, whether it was Galway, Kerry, Cork, I always got home with a guy, Philly Mac, in the car. That happened for years and years. I just wanted to get home to my kids and my wife. I just hated bus journeys.

"After that Galway game, Mickey pulled me aside saying, ' You weren't part of the team going home that day' and nearly had a bit of a go at me. I said, 'Jesus, Mickey, I've been doing that for years, and there's never been a problem'. That was the heaviest defeat Tyrone ever had under him. He was probably was a wee bit upset about that.

"I took it up with him about being taken off."

Cavanagh added that Harte never had a close relationship with players during his time with Tyrone. However, he did say that the now Louth manager became warmer in his dealings with the new generation of players.

"Mickey doesn't have a close personal relationship with any player," said Cavanagh.

"You were nearly afraid to tell Mickey Harte that you couldn't to be there a night because he wouldn't have accepted it. He expects high standards from people.

"I remember in my early career, you couldn't miss anything because if you did, Mickey would come down on you.

"That's the type of leadership [he had]. He decided to demand high standards, and that's why he was so successful.

"Every manager deals with things in their own way. Kieran McGeeney, I remember seeing him in Armagh Costa Coffee with Rory Grugan and a couple of the Armagh players. That's his way of managing players. Mickey wouldn't have been going for coffee with Frank Burns and Niall Morgan.

"He had that standoffish relationship with players but if somebody had gone to him with a problem, he would have addressed it and helped them in any way he could." 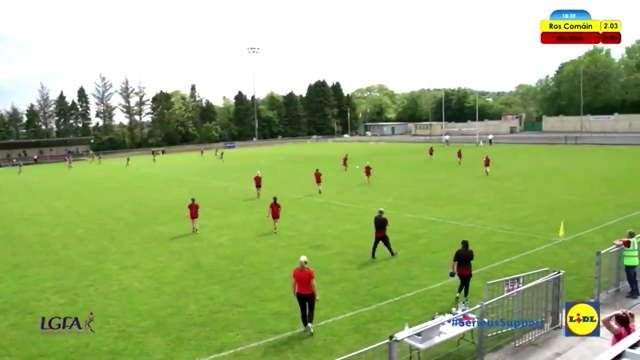 GAA
5 months ago
By Balls Team
Ranking The Top 10 Greatest Shoulders Of All Time
GAA
8 months ago
By PJ Browne
Cavanagh Contemplates Possibilities After Turning Down Tyrone Approach
GAA
3 years ago
By PJ Browne
'The Guys Were Asking What To Expect And What Happens Next. Nothing Really!'
Popular on Balls
Rugby
2 days ago
By Colman Stanley
'That Pace, That Intensity, That Organisation' All Black Legend Has High Praise For Leinster
GAA
2 days ago
By PJ Browne
Cusack Has Little Sympathy For Gearoid Hegarty After Red Card
Football
11 hours ago
By Colman Stanley
Wagatha Christie Trial Sheds New Light On England's Euro 2016 Disaster
GAA
17 hours ago
By PJ Browne
GAA President Explains Why Tailteann Cup Won't Be All-Ireland Curtain Raiser