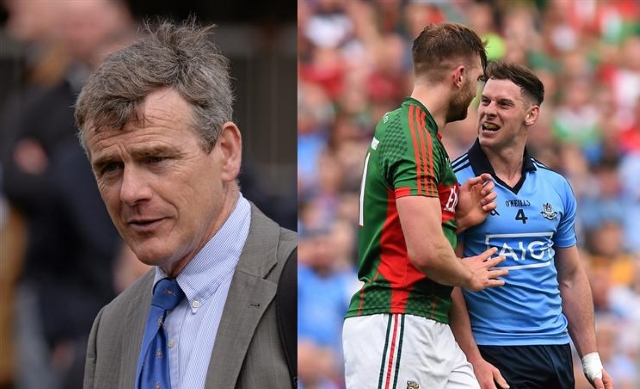 After an adjudged headbutt in the first All-Ireland Semi-Final last week, it was looking likely that Dublin defender Philly McMahon would be summoned for a disciplinary hearing. Fears over his freedom to play were then subdued by Monday when news came through that no action would be taken.

But given the strength of his contribution in the replay yesterday, GAA pundit Colm O'Rourke has resurrected the incident and says that McMahon should have been held accountable for his actions.

When all the rights and wrongs are discussed about who should and who should not have been playing it was McMahon who was most crucial for Dublin. What he did in the first game deserved a suspension but the charade which passes for a disciplinary structure has been laid bare.

The Sunday Game panellist is now calling on the GAA to review their disciplinary protocol resonating with Tomas O'Se's view that the system is becoming a joke.

It is now justice on the hoof and nobody wants to take the unpopular line. The Association president must get to grips with the concept that doing the right thing does not get bouquets and it is not his business, nor any disciplinary authority's, to defend foul deeds.

Tomas O'Se Wants To Throw Out The Black Card