While there was plenty of romanticism surrounding this year's championship, there was a sense of inevitability about Dublin's dismantling of Cavan this evening.

The Ulster side did well early in the game, but the Dubs always looked likely to pull away. The margin between the sides got continually bigger as the game progressed, with Dublin ultimately running out 15-point winners.

Seeing such a margin of victory in an All-Ireland semi-final was uncomfortable, but the worst thing about it is that most people could see it coming.

You also have to consider the fact that this Dublin thing is only likely to get better. They have replaced some of their ageing stars with equally talented youngster, meaning we could be looking at far more than six All-Ireland titles on the trot.

The All-Ireland series is quickly becoming as competitive as the Leinster championship.

Speaking on RTÉ after the game, Colm O'Rourke was certainly concerned about the future of Gaelic football, saying something needed to be done to make the sport competitive once again.

It shows the gap there is in class between Dublin and the rest. They're like the grim reaper when anybody comes here, they just put them away with ruthless efficiency.

Even today, it wasn't their best performance and they could have won that game by 2o-plus points, they missed a few chances.

This is the future. This isn't going to stop this year or next year, we could be looking at Dublin going for ten in-a-row. They have U20 teams coming up, their U20 team is already in the All-Ireland final that will be played before the senior final.

This is a pattern. Dublin have created a monster that the GAA at central level have to do decide what is going to be done about it.

We have the sheer scale of numbers playing in Dublin, and I'm not one who says they should be cutting Dublin finance. That's not the answer, because that finance is going into schools and is creating a lot of new players and new clubs.

But the only answer for the future has to be that Dublin will have three or four teams, otherwise everybody else is wasting their time.

Eventually somebody is going to have to sit down and have serious discussions about what we're going to do with Dublin. Not only have they the numbers, the finances, and everything else, they also have the best players we have ever seen.

It certainly seems something has to done. The issue is, we will be looking at a long period of Dublin dominance before any of those changes have any impact.

The rest of the panel would go on to discuss the issue, with Tomas Ó Sé saying that major structural changes are needed in the GAA, while Sean Cavanagh wasn't certain that Dublin's dominance was a permanent thing. 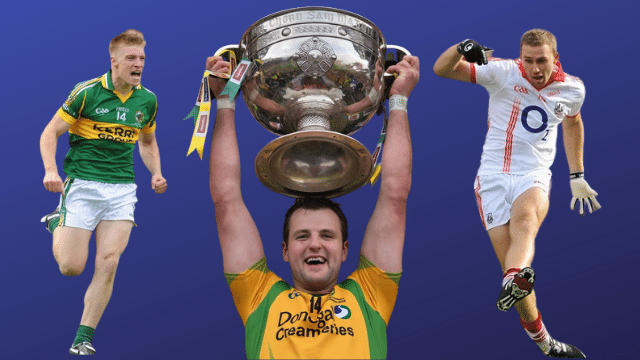 GAA
5 months ago
By Donny Mahoney
RTÉ Confirm Sunday Game Panelists Weren't Wearing Poppies Last Night
GAA
2 years ago
By PJ Browne
'If It's A Home Venue, It Can't Be A Neutral Venue As Well'
GAA
2 years ago
By Arthur James O'Dea
Colm O'Rourke Has Spectacularly Negative Outlook After Super 8 Epic
Previous Next