'He Said There's Football, Mass And Sheep. You Couldn't Describe It Any Better'

On January 4th and the days which followed, there were wild celebrations in Kilcoo. And with good reason, their club had just taken another historic step. A month after winning their first Ulster Championship, they reached their first ever All-Ireland final by beating Ballyboden St Enda's. But, it was the supporters who enjoyed a blowout, not the players.

"We were back to training the next day, and then back into tough training that week," says Conor Laverty.

"The village has been crazy. The supporters are in great form. As players, we’re trying to stay away from that as much as possible and focus on the task ahead."

That task is Corofin, opposition which focuses the mind like few others. A win on Sunday and the Galway side will become the first club to win three consecutive All-Ireland football titles.

Days out in Croke Park will have been more leisurely. Kilcoo had one last weekend with an hour's training session at headquarters to familiarise themselves with the pitch.

Kilcoo may be a parish of just 1000 people but in mentality and achievement, it has become a giant of Down football. In 2009, they bridged a 72-year gap by winning the Down SFC and in the intervening decade have won seven titles. That includes six-in-a-row between 2012 and 2017. 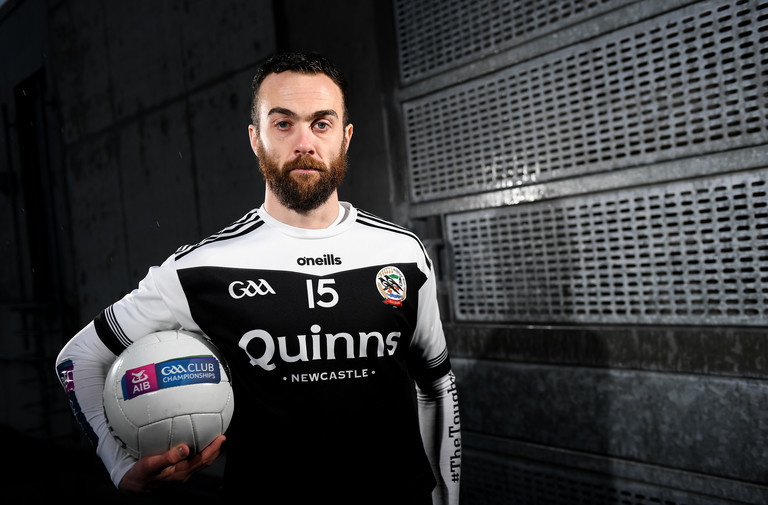 Kilcoo and former Down Footballer Conor Laverty is pictured ahead of the AIB GAA All-Ireland Senior Club Football Championship Final where they face Corofin of Galway on Sunday January 19th at Croke Park. Photo by Ramsey Cardy/Sportsfile

"We won our first senior league in 2003 and that was celebrated equally as much as what Ulster was; there were men crying, they hadn't experienced any success at senior level," says the 34-year-old.

We won our next league in 2008 but between 2003 and 2008, we suffered a lot of heartbreak. We came up against a very strong Mayobridge team. They were very dominant in that spell, they were a great team.

There were nights you were coming home after championship matches and thinking, 'Are we ever going to get over the line in Down?'

I remember us training hard over the winter months collectively and in small groups, in gyms and getting out into the forest parks. We were saying to ourselves, 'Is this all ever going to be worth it?' We would have done anything to win one county championship.

In late 2018, having lost that year's county final to Burren, Kilcoo appointed Derryman Mickey Moran as manager. Moran, who has managed five inter-county teams, led Slaughtneil to four Derry championships between 2014 and 2017. They also claimed three Ulster titles in that period.

"By getting Mickey, I thought it was a great statement by the club, of their intent and their ambition," Laverty says.

"Mickey came in and the belief that he has given us has been unbelievable.

"He's the most honest man you could ever come across. If something has to be said, he'll say it. Honesty within the circle has risen to a new level. For him to be able to call it straight, how it is, that has helped us along the way."

Laverty is a busy man. In addition to being a farmer ("for my sins"), he is the GAA development officer for Trinity College, a coach with Kilcoo's underage teams, part of Banty McEnaney's Monaghan backroom team and a father of four boys between the ages of two and eight. Surprisingly, given that packed schedule, he doesn't rate his time management skills.

The Kilcoo squad is a remarkably large one for such a small area. 45 in all populate the senior squad.

"We’re a very small place, but we have serious numbers," says Laverty.

"We don’t lose too many players. We’re lucky in that way. That’s only our senior squad. We have seconds and thirds panels that train on two different nights that have a good 25-35 players. A lot of clubs in Down wouldn’t have that.

"I just think it’s the fact that there’s nothing else in our village. We don’t have the same distractions that other places have. 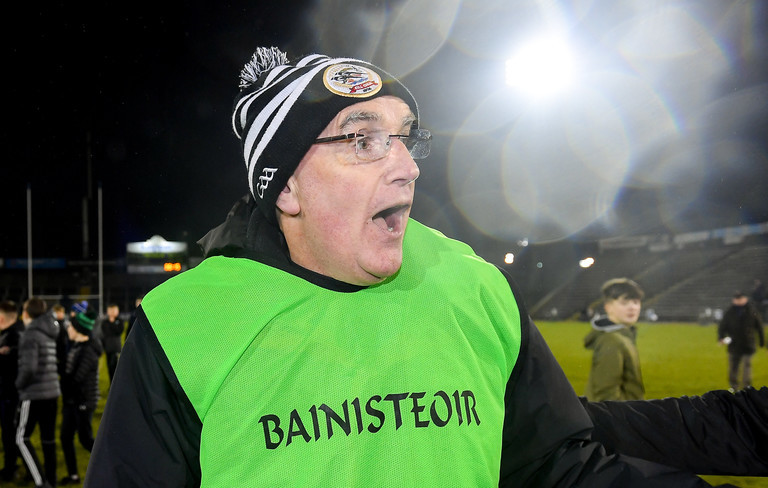 "There's not too many businesses! The whole laugh was the Aaron (Branagan) thing, he said there was football, mass and sheep in Kilcoo. You probably couldn't describe it any better. That's the truth.

"There's the chapel, there's a shop and the primary school. That's it within the village. We're a very rural place. The people are steeped with their culture, we're very proud of our history.

"A lot of the boys would have a background in farming and that. It's a good thing too. It keeps you grounded and it's a good release, a good [reason to] get away and get a bit of work done away from the football side of things.

"We recently got a community centre and that was based at the club. We have two pitches, two floodlit pitches, fantastic facilities.

"Our primary school is just walking distance from the field and the club have great links and a great relationship with the primary school. We're very lucky that we have a principal in our school that is very involved with Gaelic Games. It ties all the club and the community in together.

"As players, the most meaningful thing is whenever someone is standing there on the bad days and giving you that support. I'm just delighted we can give them great club people an opportunity to come to Croke Park, to wear their colours and support their team. I know that means an awful lot to them."