Conor McKenna has a bit more time on his hands this winter than he would have ideally liked. On Sunday, at a sodden MacCumhail Park in Ballybofey, Donegal knocked him and Tyrone out of the Ulster Championship. With no qualifier safety net, he's had to make other plans.

"My plan is that I'm going to play a bit of soccer now," says McKenna, PwC Footballer of the Month for October.

"I'd like to keep busy. I might go play a bit of soccer over the next six or seven weeks - if it opens back up, I'll get stuck into it.

"I played soccer when I was younger but I haven't played for a long time. I'm going down to train tonight. I have a friend's team down in Portadown call Annagh. I might go have a crack with them and see if I can still kick a ball and see what way that goes."

It's just two months since the 24-year-old ended his Aussie rules career after six years in the AFL with Essendon. He had an immediate impact upon his return to the Tyrone team, scoring 3-4 across league games against Donegal and Mayo.

He added another point in the defeat to Donegal at weekend. Following the game, Tyrone manager Mickey Harte complained about what he saw as the "manhandling" of McKenna and a lack of protection from the referee. The treatment he got was nothing less than what McKenna expected.

"There was a bit of a focus on me a couple of times but I would have done the exact same thing, so I can't really say much about it," he says.

"Our defenders were doing it, that's what everyone does, it worked well.

"I don't think it was just me, I think it was all around the pitch. It's a bit harder when you're out the field and it's a bit different when you're full-forward, the umpires can have a close look and you probably don't get away with as much.

"But the first half, [I] was out a bit further the pitch and you can probably get away with a bit more tugging. Listen, I'd do the exact same. Anything you can get away with, you might as well do. It's hard for umpires to be looking everywhere all over the pitch.

"It was only my third game really in six years, of competitive gaelic. I was just getting back into the swing of things and I probably got a bit more attention after the first two games I had.

"A few times the ball just didn't seem to come to me or fall right for me or I dropped it. It was just one of those games, you can't be perfect all the time. I'll just learn from it. It was probably the excitement of being back out there. I'll just keep working on it over the winter now and look forward to getting back into it next year." 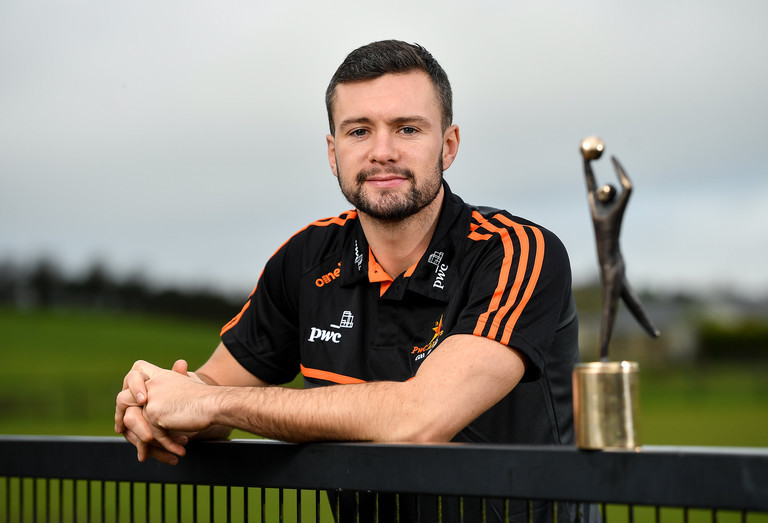 PwC GAA/GPA Footballer of the Month for October, Conor McKenna (Tyrone) with his award today at his home club Eglish GAA in Dungannon, Co. Tyrone. Photo by Seb Daly/Sportsfile

Homesickness was one of the main reasons for McKenna coming back to Eglish. A return to education is likely next year. For the moment, he's helping out his father, a structural engineer with an interest in horses.

"I'd just be working a bit with him in the shed," McKenna says.

"I'll be back out next week doing a bit of that.

"He has a few horses too, he's a bit of a horse trainer as well. I might get back riding at some stage in the next few months, hopefully. It's something I did when I was 14 to 18. Before I went to Australia, I was doing it on a daily basis more or less, riding my Dad's racehorses. It's something I definitely want to get back into. I'm a bit heavier now.

"We have five or six up at the yard there. We have a couple of three-year-olds that my Dad trains. They were racing in Dundalk the last few weeks.

"He's had a few [winners], not a lot. The last one was a year ago at Dundalk, a horse called The Perch. It's really just a bit of craic, to be honest, just a bit of enjoyment.

"I wouldn't mind buying my own racehorse and just keep it ticking over by myself." 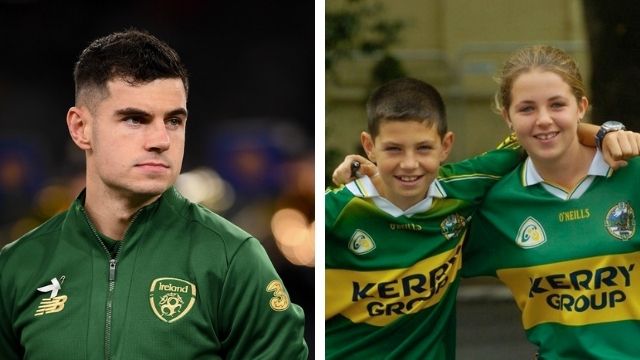