'I Sent A Message To The Group Early In The Week, 'No Social Media''

Conor Meyler's experiences of the 2018 All-Ireland final and this year's decider were "completely different". There's the obvious: Tyrone lost to Dublin three years ago, but beat Mayo earlier this month; Meyler was fully fit in the 2021 decider, whereas he was just coming back from a broken leg in 2018.

"At the time we probably got caught up in the hype and definitely weren't ready for it. Lessons we learned then were invaluable as most of that team are still playing.

"For me personally, I obviously couldn't enjoy the build-up. I complete shut myself off from the rest of the world. I was just so focused on getting back.

"I'm quite intense or driven when it comes to things like that, I don't want to leave any stone unturned. I was sleeping in an oxygen tent to get more oxygen.

"I don't know if any of these things actually helped or worked, but I did come back from a broken leg in four weeks and played midfield in an All-Ireland final. But you could tell that I hadn't trained. I had one training session before the final. It was probably my own ball skills and that that let me down." 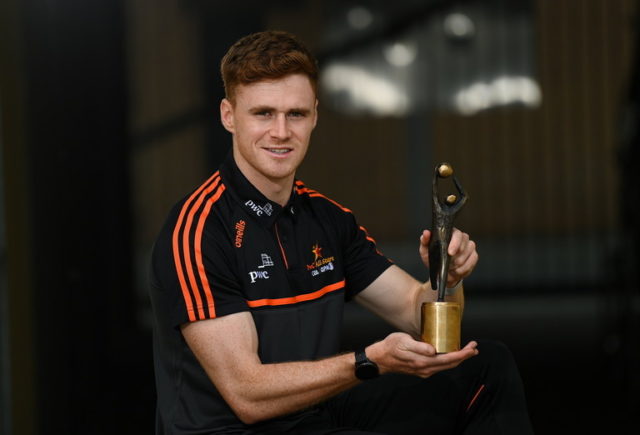 20 September 2021; PwC GAA/GPA Footballer of the Month for September, Conor Meyler of Tyrone, with his award today at his home club Omagh St Enda's GAA in Omagh, Tyrone. Photo by Ramsey Cardy/Sportsfile

Meyler believes being able to prepare properly meant he was able to enjoy this year's final far more.

"Even watching the fans as we were driving in, I was trying to wave at ones," he says.

"Because you're wasting nervous energy by getting too upright. So by relaxing and enjoying the whole thing.

"I would have deleted all my social media about a week out. I had the right company of family and friends, trying not to chat about football either. We can hype it up too much and read into it.

"I think in 2018, we definitely read into the hype. When I look back we definitely weren't ready to win the final in terms of our progression as a team.

"We probably enjoyed the idea of being in an All-Ireland Final, and maybe got carried away with yourself. There are a lot of media duties and banquets, and stuff like that, that don’t always happen. There was probably a lot of talk about that [before].

"I put in a message to the group, early in the week [this year], to say ‘No social media’. Leave media down to management and focus on the football.

"Inevitably, the mind will take you elsewhere - away from the game - and I just wanted to treat it like any other game. Don’t call it an All-Ireland Final, it’s just another game. The same way you would for that, rather than thinking of all the external stuff that comes with a final.

"Yeah, we nearly got caught up in the occasion, rather than the match, in 2018. I’m saying this and all the boys were so focused and wanted to win the game. The experience of being in a final and losing one stood to us, though, as we learned from our mistakes and, in the end, we cracked it 2021."

Kieran McGeary: 'A Few Of Us Saw Him The Night Of The Banquet. He Slipped In And Out' 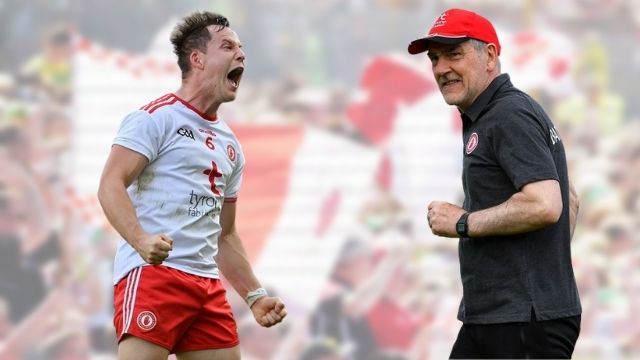