Meyler And Morgan Open Up About Tyrone Covid-19 Troubles

An interjection from Darren McCurry during a panel discussion about whether Tyrone should play their All-Ireland semi-final against Kerry, while the squad was riddled with Covid-19, made teammates realise the gravity of the situation.

The game was scheduled to be played on August 15th, but due to approximately half of the Tyrone panel having the virus, the match was initially postponed until August 21st, and then again until August 28th.

Speaking on BBC Sounds' GAA Social podcast, Tyrone players Niall Morgan and Conor Meyler said they both had Covid-19 despite being vaccinated.

"From the start of the year we did everything by the book. We weren't meeting up, we were all meeting on zoom, doing that sort of craic.

"Then when we got back [training] there were no changing rooms. We still haven't been in the changing rooms. There were nights where it was raining and you were getting changed outside, trying to get gazebos up. The gazebo blew away.

Meyler said that players went on a night out following the Ulster semi-final win against Donegal on July 18th, and it was then that the Covid-19 situation in the squad worsened. 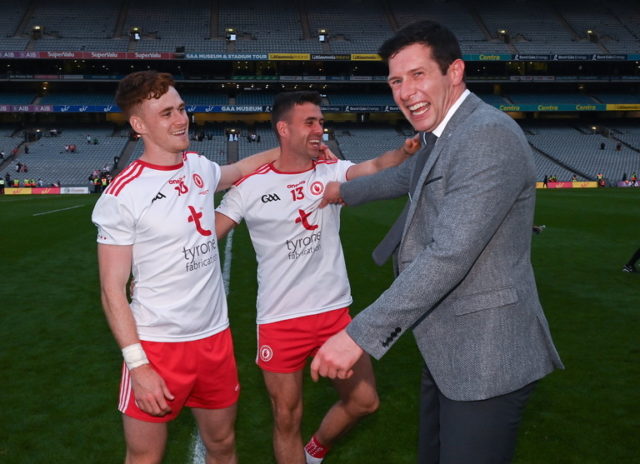 "I thought I had hayfever," said Morgan.

"It just showed up positive. It's a bit of a disaster when you're trying to work on kickouts, and your goalkeeper isn't there.

"It was a very difficult stage. Then, when we went back to training, you didn't know who was going to be there. There were nights where we had maybe 20 players in total. It was just a disaster.

"We were doing everything by the book at training. Then, we did go out. A lot of the backroom staff feel that it was already in the dressing room before we even got to [Brewster Park] that day. It's roasting hot, and there's 40 or 50 people shoved into the two dressing rooms.

"Then you go out, and maybe it spreads a wee bit more. Then you go to Croke Park the following week [for the Ulster final against Monaghan], there's maybe asymptomatic cases, and you're put into a dressing room again, and then more cases come out.

"Feargal and Brian handled the media side of it really well. They made a really tough call at the training that Saturday [August 14th], and said, 'We're not going to play next week. We don't feel we're capable of it, and we're not going to put you boys in the spotlight of going down and getting a hammering again because it's already happened once this year. We'll take the flak'.

"They offered it up to us. They said, 'Is anybody against it?' The players spoke after training on the pitch. Everybody was sitting about the grass. It was a tough session and the whole backroom team came over, we thought it was just the usual round-up but Brian and Feargal hit us with 'we've got medical backing that we shouldn't be playing'.

"A few of the boys started to stand up and move in a wee bit. A few of them said 'No we're playing', and there were a few boys probably thinking 'This is my opportunity to play, I haven't played much this year' but we did decide as a team that it was best we didn't play."

Hardly know where to start with this. Exceptional podcast. Covid, seeking help with mental health, the decision to exit c’ship, Dooher in the changing room, tricked into joining Tyrone & being left on the side of a road. So much more & three fantastic men https://t.co/k8e67KXgZa

It was during this discussion that Darren McCurry, a player having the best season of his life, had his say about the situation.

"[He is] one of the lads who wouldn't speak much in huddles, stood up and said 'If somebody drops on this pitch, who's to blame?' That made everybody sort of take a step back and think, 'There's people dying from this'," revealed Morgan.

"I play with him at the club, I was sure he was going to say 'We're playing this game'. Darren lives for football, for him to say that was harrowing I suppose."

After Tyrone said they would be pulling out of the championship, the GAA subsequently agreed to the further postponement. Tyrone went on to win the semi-final against Kerry, after extra-time, and the final against Mayo.

Conor Meyler added: "I tested positive, but it was in the house. I had no symptoms. I wouldn't have known, only I was made go for a PCR test.

"The problem was some boys were so badly hit with it, and there were so many, that it was totally genuine when Feargal and Brian said 'We're pulling from this because your health is more important'.

"Boys were very sick. Very sick, for a long time. I saw within my own house how badly my ones were hit." 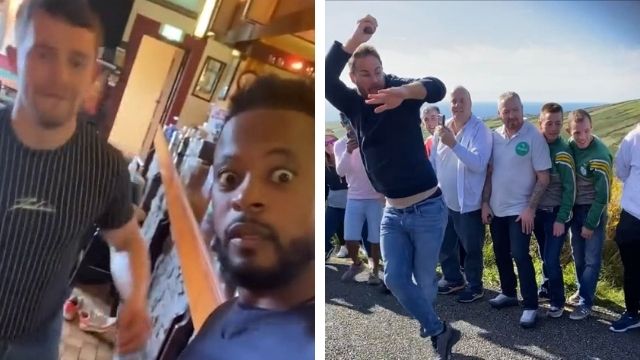