They beat Donaghmore-Ashbourne handily by nine points. The game was wrapped up and tucked away by half-time. They were even able to lose the second half by a point and still cruise to victory.

Most of the post-match comment has focused on the O'Rourke dimension. Colm O'Rourke, manager of Simonstown for some years, gave a great quote to Donnachadh Boyle in the Irish Independent, describing the failure to win a Meath senior title as a "nagging pebble in my shoe." 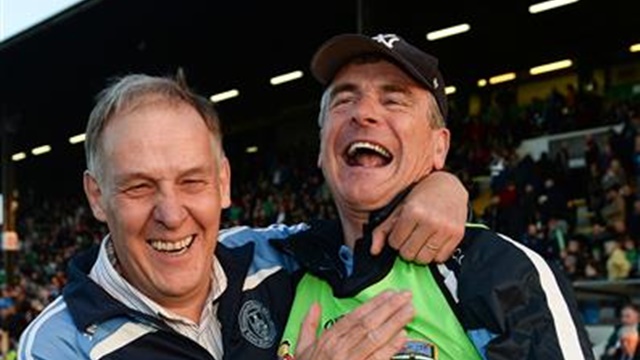 He also noted that Simonstown were caricatured as as classic soft town team. Founded in the 60s, the club reached two county finals in the early noughties, losing one after relinquishing a nine point lead at half-time.

His son Shane, a hot prospect for Meath in the late noughties before injuries hobbled his progress, started for the new Meath champions in midfield.

His partner in midfield is already bound for the AFL. O'Rourke heaped praise on 18 year old midfielder Conor Nash. Talking to RTE and the Sun newspaper, O'Rourke said he'd love to see Nash ruling the skies for Meath in Croke Park. But Nash has already signed a deal with Hawthorn, the aristocrats of the AFL.

O'Rourke was effusive, suggesting that Nash could easily thrive in professional rugby. He has already played for the Leinster U18s at full back.

He is a superb player and we were just glad to have him while we did. He has all the makings of a most brilliant footballer...

I’d love to see him playing for Simonstown and centre-field for Meath, but he could play rugby for Ireland, he’s had offers there, and now he’s got the offers of Aussie Rules, so we wish him well.

I hope he does well down there but at the same time I hope he does come back to us too. Him in the middle of the field in Croke Park would be something I’d love to see.

I’d like to confiscate his ticket and let him go out in January. 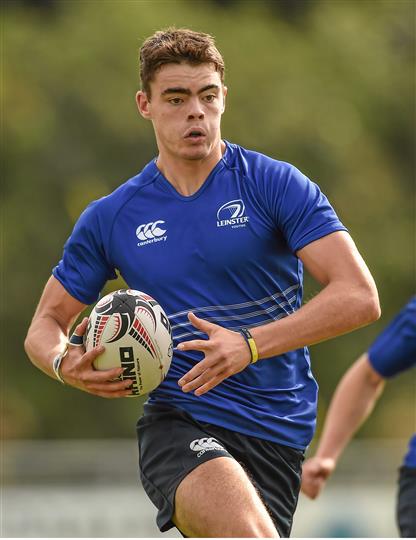 With pre-season training looming in Australia, Nash may not even be able to line out for Simonstown against Rhode in the Leinster club championship.

The Australian press have been in contact today and judging by the Herald Sun's transcribing of his quotes, Nash has already adopted the Australian lingo.

"I grew up playing Gaelic footy and rugby and that’s where I was spotted," he allegedly told the paper. It's possible he may have said "football" and the Aussie reporters have merely translated it into the local vernacular.

Hawthorn has signed Irishman Conor Nash as an international rookie.

GAA
6 days ago
By PJ Browne
'Selfish' O'Sullivan Hopes Cork Aversion To AFLW Continues
GAA
7 months ago
By Balls Team
Reports: Tipperary To Have Their Own AFL Weapon For Munster Final
GAA
9 months ago
By Balls Team
Big Boost For Derry On Cards With Another Irishman Set For AFL Exit
Popular on Balls
Football
18 hours ago
By Emmet Bradshaw
Sadlier And Hamann Absolutely Nail Football's Backward Concussion Attitude After Pavard Collision
Football
19 hours ago
By Emmet Bradshaw
Keane And Vieira's Discussion On Pogba Was Summed Up By His Performance Against Germany