Conor Sweeney 'All For' Introduction Of The Tailteann Cup

Not only is Conor Sweeney in favour of the Tailteann Cup's introduction, he's also looking forward to playing in it should it be Tipperary's fate next season.

The second tier football championship - which will feature Division 3 and 4 teams who do not progress to their provincial finals - was postponed this year and last due to the Covid-19 pandemic. Next year, barring more unforeseen circumstances, will see it played for the first time.

There's a good chance that Sweeney's Tipperary side will be in it too. With their relegation to Division 4, only if they reach the Munster final will they play for Sam Maguire.

"I’m all for it. I’m looking forward to it. I think it is what the championship needs," said Sweeney.

"If any team complains about that, then just go and get out of Division 4, get out of Division 3 and prove to people that you’re good enough to compete for Sam Maguire. I’ve absolutely no problem with it. I think the championship needs it, the game needs it.

"I think the gap between the best teams and the teams at the bottom is just too big. You look at the results that have gone by on the opening weekend. There’s a lot of teams taking hammering so I think it’s as clear as ever that there needs to be at least two divisions, and I’m all for it anyway whatever way it goes.

"I just hope they keep the provincials that’s all I would say on it. I think there were two proposals that came up and I’d be for the one keeping the provincials, either moving it earlier in the season to springtime so you can still play your Munster and Leinster championships and then maybe have your two-tiered All-Ireland – that’s the way I would go about it anyway." 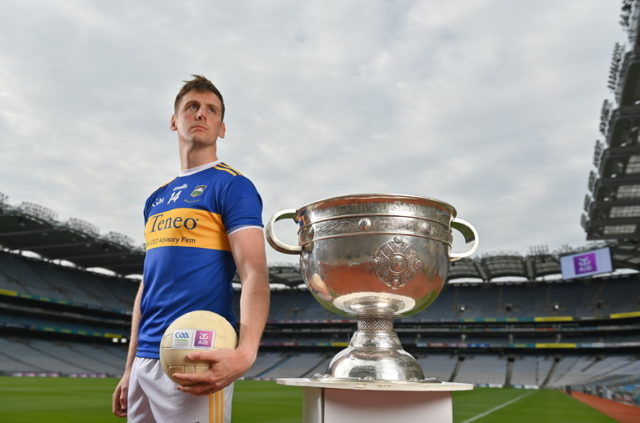 Sweeney was in his teens when in 2005 Tipperary won the Tommy Murphy Cup, the GAA's hugely unpopular previous attempt at a second tier championship. The Ballyporeen man vaguely remembers Tipp's win, perhaps because the competition, which was abandoned after 2008, was treated as an afterthought by the GAA.

"They need to promote and brand it, as they do for the Sam Maguire," said Sweeney.

"So you're talking about lots of coverage and exposure for those teams and players when it comes to All-Stars and things like that. Those things that might seem small for a lot of people, they can be quite important to players.

The 2020 All-Star thinks the Tailteann Cup final being played in Croke Park on the same day as the Sam Maguire decider is probably the wrong route to take.

"Maybe not the same day as I think the focus would solely be on the All-Ireland, as you can imagine," he said.

Conor Sweeney was in attendance at the launch alongside Pádraig Faulkner, Kingscourt Stars and Cavan, Daniel Flynn, Johnstownbridge and Kildare, Ryan O'Donoghue, Belmullet and Mayo, and Paul Donaghy, Dungannon Thomas Clarkes and Tyrone, as AIB celebrated the return of summer football and the reignition of county rivalries nationwide ahead of some of #TheToughest games of the year.

Padraig Faulkner: 'It Is An Added Pressure, But It's Not Something I'd Be Big Headed About' 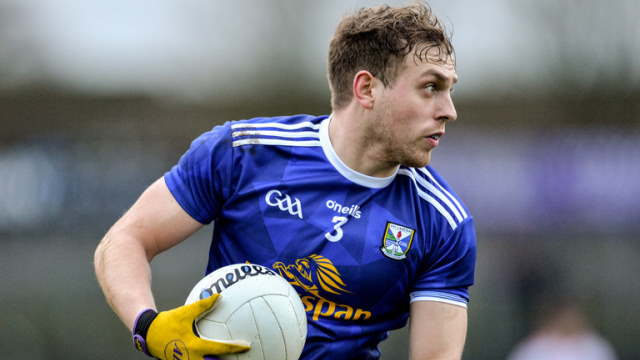 GAA
5 years ago
By PJ Browne
Watch: Tipp Hero's Joyous Post-Match Interview
Popular on Balls
Hurling
1 week ago
By Balls Team
A Tribute To GAA Players Who Looked Significantly Older Than Their Age
Rugby
2 days ago
By Colman Stanley
The Fascinating Journeys Of The 2012 Ireland's U20 Rugby Team
Football
1 day ago
By Gary Connaughton
Some Pundits Are Revelling In Rafael Benitez's Everton Sacking
32