Kildare were dealt a hammer blow during their Super 8 game against Kerry when Neill Flynn was given a straight red card.

The incident came towards the end of the first half. At the time, Kildare were winning 1-6 to 1-12 and cruising. It was an eventful five-minute spell for Flynn who scored a goal and a point before being sent off.

Flynn initially fouled Killian Young, but made second contact with a swinging hand. 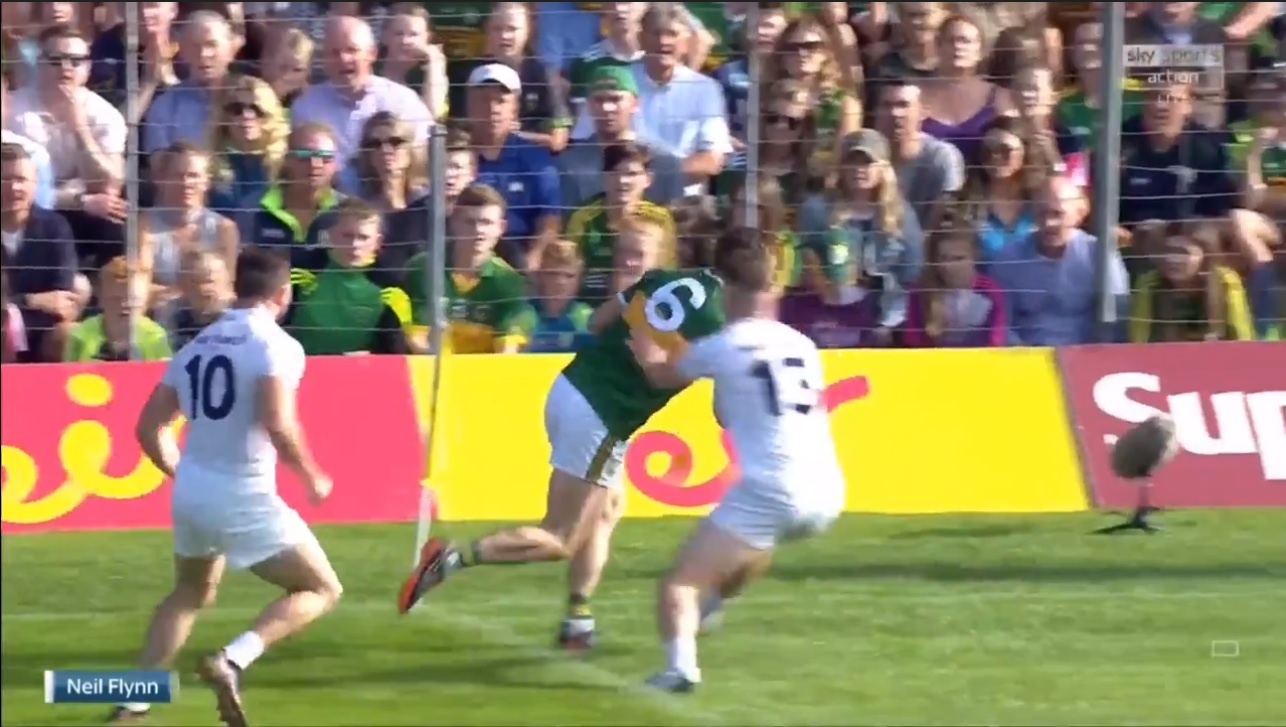 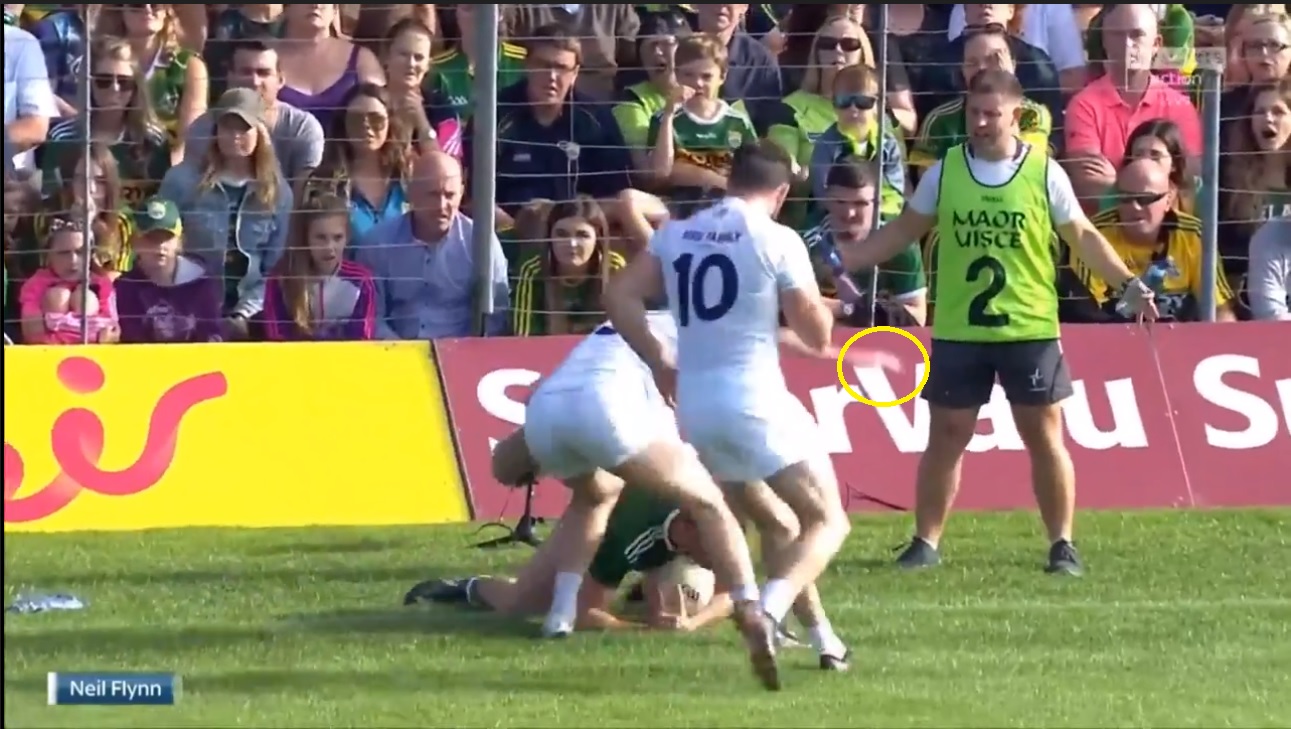 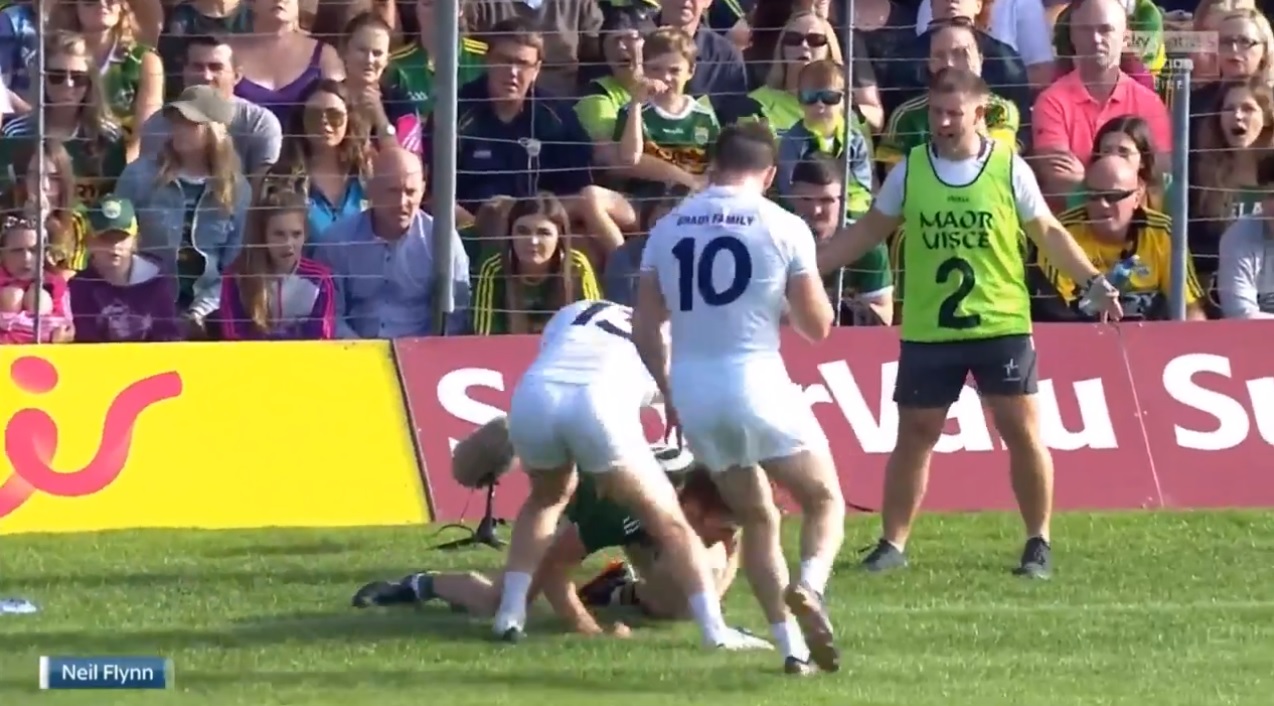 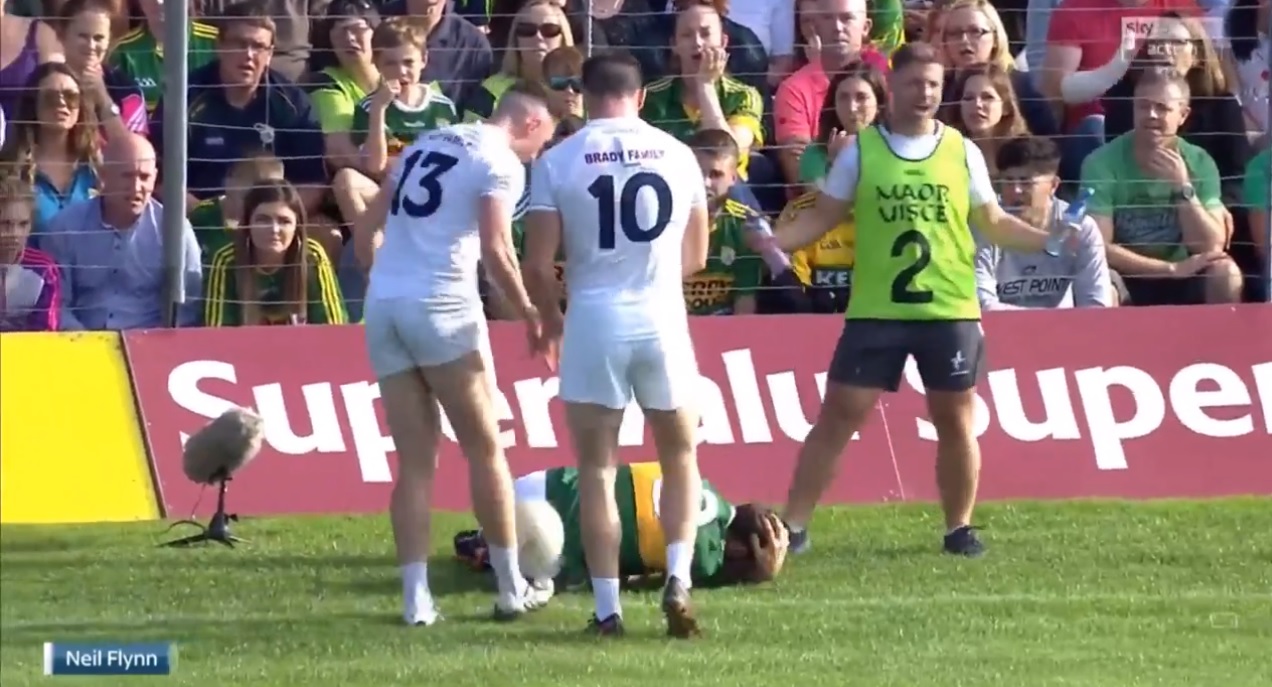 Speaking on Sky Sports, Senan Connell and Peter Canavan disagreed over the decision.

Connell: That is a forward's lazy tackle. He comes in with his fist and when you make contact it is going to be a red card.

Canavan: I don't know if it was a fist, it looked to me as an open hand. If you are going to be sent off for that, there should have been a lot of men sent off this year.

Kildare get another shitty red card.

Linesman and Referee are absolutely trying their best to keep Kerry in this championship. Loving the adulation from the crowd. Pathetic red card but the prick linesman got himself on Sky Sports. #KildareGaa

Neil Flynn red card the six of one and half a dozen of the other. Looked harsh but then he gave linesman reason to report it. #GAA

Did he not punch a lad in the head?

It proved a huge turning point, as Kerry stormed back into the game and into a comfortable lead.

GAA
3 months ago
By PJ Browne
'I'm Beside Shamrock Rovers, The Unfortunate Thing Is My Connection Is To Bohs'
GAA
8 months ago
By Maurice Brosnan
Antrim Get The Go Ahead For Belfast Venue As Kildare Set For Corrigan Park Clash
GAA
1 year ago
By PJ Browne
Cian O'Neill Furious With Officials Over Daniel Flynn Red Card
Previous Next