What annoyed Cora Staunton more than Eamonn Murray saying that Aussie rules is a "dreadful" sport to watch, and one with "no skill at all" was his dig at Sinead Goldrick and Lauren Magee.

Last month, the Meath football manager suggested that "If any of you check, the players coming back [from AFLW], the Sinead Goldricks or the Lauren Magees or any of them, they don’t exactly set the world on fire when they come back over here."

"I'd like to see how much AFL he has watched to make those comments," Staunton said on Wednesday

"It's not for everyone. All I can say is that I love the sport, I love watching it - whether it is male or female. You have to learn the intricacies of the game.

"I didn't like his comments when he was commenting about individual players in Sinead Goldrick and Lauren Magee. Especially, Sinead. She's been a huge ambassador for Dublin, and ladies football over a decade-and-a-half, and has been one of the best ladies footballers in my generation.

"She's a superstar out there. She probably doesn't get the recognition over here from her performances [in Australia]; if anyone watched the Grand Final she was involved with a few weeks ago [with Melbourne], she was probably the best player on the pitch.

"If Melbourne, had won the Grand Final, I have no doubt she’d have been voted Best on Ground - she was amazing. She's had an amazing couple of years out there. She's going to have a brilliant season with Dublin. It was probably a little bit harsh on them." 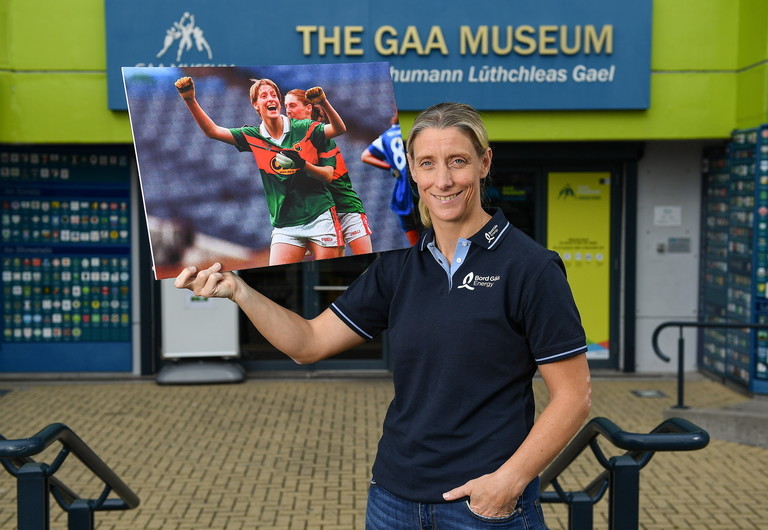 Staunton continued: "He's probably a little bit annoyed, and if you're going to lose the likes of Vikki Wall, and there has been talks about Emma Duggan and other girls as well. These are the top players that are potentially going to win you an All-Ireland.

"It's a huge opportunity for girls to go out. Their full time job will be as a professional sportsperson. As a young woman growing up, you don't get those opportunities in Ireland. The only chance to be involved in a professional team sport in Ireland is probably rugby sevens at the moment."

Last season was Staunton's sixth in the AFLW with Greater Western Sydney Giants, and her best yet. In 10 games, she kicked 18 goals, and was named in the All-Australian squad.

Whether or not she will make next season her seventh Down Under is still up in the air. Though, going by her demeanour on Wednesday, chances seem good that she will sign on.

"My Australian phone is sitting by my bedside locker and I’ve quite a lot of missed calls and messages!" Staunton said.

"They know how bad I am for not getting back to them. I’m probably under a bit of pressure to make a decision alright but I’m very much one that likes to take a bit of time and try to make a correct decision.

"If I go back out, I need to know that I’m both physically and mentally fully able for it. It’s not a thing where you just turn up. It’s probably made a little bit easier that this season... it’s an earlier start. The season normally doesn’t start till next January. It’s starting up in August this year.

"I’ll make the decision when the time is right. I’ll play club football for the next while. If the body and mind is right and I feel I can go and do better than last season, we’ll make a decision based on that."

What a season it’s been for Cora Staunton ? @duckie15 pic.twitter.com/D8nf8PMhzD

The new season schedule will create a dilemma for Irish players who will no longer be able to play in the AFLW, and then return to Ireland to play championship football.

"You'll see that they'll have to make a choice. I do think that the numbers will rise this year. I reckon we'll have 20-plus, from what I'm hearing, that will be over playing AFL. You hear on the grapevine of a few more who are going to go.

"The AFLPA, which is like the GPA, are saying that by 2026 - which is in only four years time - the game will be fully professional. It will be a full-time contract. Even now, the contracts for this season coming up are yearly contracts. They are going to be 12 months, even though you won't be playing 12 months of the year.

"The talent isn't just there in Australia yet. They are going to need it from other avenues. Unfortunately, Ireland is the best place [from which] to bring that talent over."

Following two years of virtual tours, fans will once again join their heroes for in-person tours of Croke Park as they give fascinating insights into their careers. The tours, which start on Saturday 28 May, will feature both Joe and Cora as well as a host of legends from across the GAA world. Bord Gáis Energy customers will get the exclusive opportunity to attend all tours throughout the summer. The full schedule and details of how to book your place on a tour can be viewed at crokepark.ie/legends. 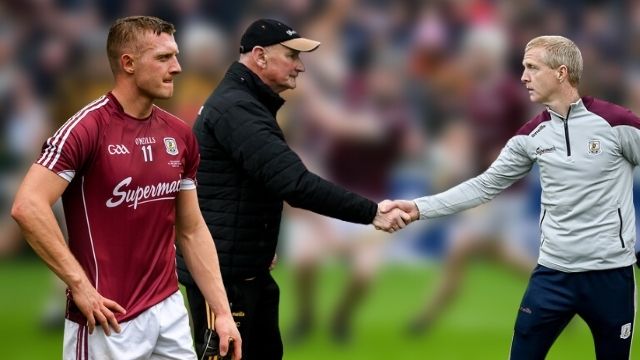 GAA
1 week ago
By PJ Browne
'No Way' Cork Flyer Erika O'Shea Won't Be A Success In Australia
GAA
1 week ago
By Paul Shaughnessy
AFLW Interest Is A 'Testament To The Players The LGFA Are Producing'
GAA
1 week ago
By Paul Shaughnessy
Erika O'Shea And Vikki Wall Set To Join North Melbourne
Popular on Balls
Football
7 hours ago
By Eoin Harrington
Juan Mata Questions Manchester United Management After Dire Season
Golf
2 days ago
By Gary Connaughton
Padraig Harrington Glad He Didn't Have To 'Make A Decision' On Saudi Golf League
Football
1 day ago
By Gary Connaughton
The Frank Lampard Love-In After Everton's Survival Was Downright Bizarre
GAA
2 days ago
By PJ Browne
'It Came At An Awkward Time. I Didn't Think It Would Be So Bad'