Cora Staunton is one of the most well known names in women's sport in Ireland and refreshingly the Mayo star continues to be a vocal advocate of the need for improvement on and off the pitch for Ladies Gaelic Football.

With a profile like Staunton's it would be easy for her to keep her head down and plough her own furrow, but when the Carnacon forward spoke to Balls.ie in a wide-ranging interview ahead of this weekend's All Ireland Ladies final, she once again spoke of the need for improvement in her sport. 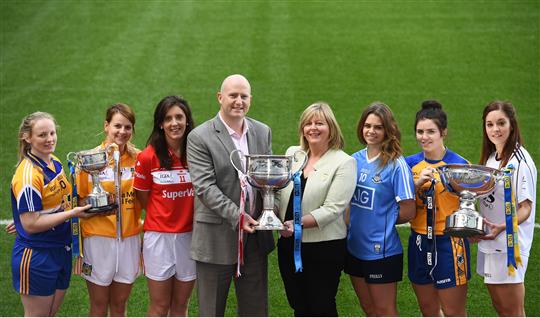 In a cracking interview Staunton, who won her first All Star in 2000, reveals the difficulties facing younger players trying to balance their sporting and academic ambitions, and why some of the best talents may be lost to the LGFA at a young age.

I think that is a huge positive [Lidl's sponsorship] but there is huge work that needs to be done around keeping girls involved. We have a huge dropout rate around fourteen, fifteen, sixteen [years of age]. I even know from an intercounty point of view, I'm hugely passionate about the game, I love the game - I wouldn't be playing it for the last twenty-two years playing senior intercounty if I didn't. I've played it because I love the game and I love the element of competition, but there is the worrying aspect as well now that girls within intercounty have to choose... it's well documented that we don't get expenses, so it's costing us to play football. We don't get food most of the time. We have to pay for our own gear, things like that. I know younger girls in college find it very difficult to give up their part time jobs that they have at weekends and commit fully to the team. I think that is a huge problem and one that needs to be looked at fully. If you're training on a Friday evening and a Sunday morning and maybe have to do something on the Saturday you're giving up your work so you don't have that money to fund your college.

That's an  issue that needs to be looked at because I think girls are maybe not even choosing not to play intercounty football but they just can't. Not that they can't afford it but they have to put their part-time work ahead because they need to go to college. That can be an issue as well. While things are moving on now all the time, I think we have to look at why girls are dropping out at fifteen, sixteen age and why girls are under pressure to choose between having a part time job and playing for their senior intercounty team.

Listen to the rest of Cora Staunton's interview on the special Balls.ie All Ireland Ladies Football Final podcast below and find out how she is desperate to add to her collection of eighteen (!) county senior medals, how she played senior for her club before she had even left National School and whether or not we will ever see her again in the green & red of Mayo.

Plus, find out the thought of sports journalist and author Mary White on the chances of Dublin finally getting one over on Cork in the All Ireland Ladies Football Final at the fourth time of asking.