The Cork football and hurling teams will commemorate 100th anniversary of the deaths Tomás Mac Curtain and Terence MacSwiney with special jerseys in upcoming league games.

Both men both died while holding the office of Lord Mayor of Cork in 1920 during the War of Independence. Mac Curtain, who was a Sinn Féin councillor, was murdered by the Royal Irish Constabulary in March, with his successor MacSwiney being arrested in August of that year, before dying in Brixton Prison after going on hunger striker.

Later that year, Auxilary forces burned large parts of Cork, which saw both City Hall and Carnegie Hall damaged, as well as local houses and businesses.

The Echo have revealed that the Cork hurlers will wear the commemorative jerseys during their fixture against Limerick in Páirc Uí Chaoimh this weekend, while the footballers will wear them in the game against Derry the following week.

The all black jerseys have been designed by the Cork County Board and O'Neills and will feature the signatures of both Mac Curtain and MacSwiney, as well as nods to the other events which took place in 1920.

They will sport black collars and striping and will be available on general sale.

Cork did something similar in 2016, wearing a special blue kit in their league fixture against Kilkenny in order to mark the 100th anniversary of the 1916 Rising. 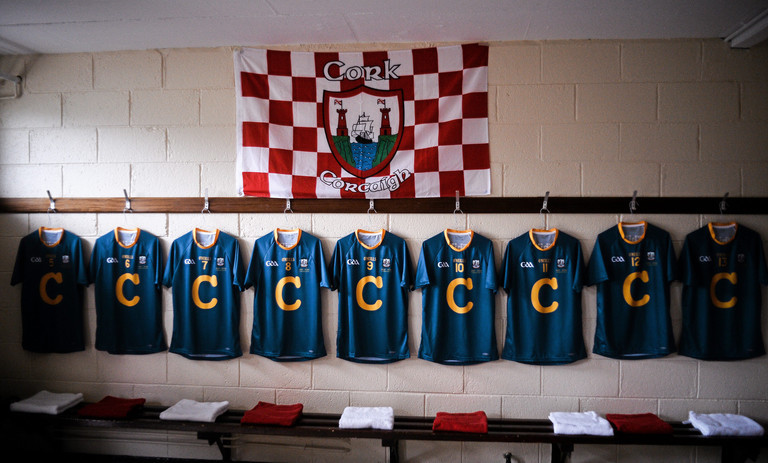 The jerseys would prove to be hugely popular.

SEE ALSO: 'Even Though GAA Is A Huge Part Of Our Lives, You Can't Let One Game Ruin A Whole Year'

GAA
3 hours ago
By PJ Browne
'We Discussed About Me Transferring To Sligo. I Still Have The Transfer Forms'
5

GAA
1 day ago
By Michael McCarthy
Quiz: Can You Identify These 10 Intercounty Gaelic Footballers?
Previous Next

GAA
3 hours ago
By PJ Browne
'We Discussed About Me Transferring To Sligo. I Still Have The Transfer Forms'
GAA
1 day ago
By Gary Connaughton
Former Roscommon Footballer Conor Connelly Passes Away At Age Of 44
GAA
1 day ago
By Michael McCarthy
Quiz: Can You Identify These 10 Intercounty Gaelic Footballers?
Popular on Balls
Football
30 minutes ago
By Gary Connaughton
Harry Kane Admits He Could Be Tempted To Leave Spurs In The Future
2