The GAA is acutely aware of an ever more frustrating aspect of being a Croke Park patron - the regular inability to access the internet while at the stadium and its environs. On an especially jam-packed day, this often extends to being unable to send a simple text message.

A plan is in place: the GAA recently announced Ericsson - a company with extensive experience in providing solutions to such issues - as its official technology partner.

Ericsson work with PSG, English rugby club Wasps and this summer announced a partnership with Chelsea Football Club. They have also provided technology to enhance connectivity at the last three Super Bowls and the Indy 500. The GAA feels this is a relationship it will benefit from not just technologically but also in terms of expertise.

Tomás Meehan is the GAA's Chief Information Officer - he also won an All-Ireland with Galway in 1998 and an All-Ireland club title with Caltra in 2004. When you step inside the doors of Croke Park, presume everyone has an All-Ireland medal, even the person asking if you'd like milk with your coffee.

Meehan explains that the first stage of the partnership with Ericsson will be to upgrade the DAS network at GAA HQ. That will allow more than 100,000 people simultaneously connect to the internet while populating Croker - a welcome development for anyone who's struggled to check how many frees Bubbles O'Dywer knocked over in the first half or who Joe Brolly is castigating at half-time.

If you’re here on a full match day, our existing DAS (Distributed Antenna System) network which is a mobile phone network doesn’t have the capacity for 82,000 people. It has the capacity for about 35,000 - 40,000. Once you go over that, you lose connectivity - you’re not going to be able to get on the internet on your phone in a full house. The initial part of the GAA/Ericsson relationship is to upgrade the DAS network and provide connectivity for over 100,000 devices.

The new system will be in place soon, not quite Dublin vs Mayo soon, but by the start of next year's Championship, maybe even the tail end of the leagues, you will have no issues connecting to the internet while attending a full house. According to John Griffin, who is Head of Ericsson Ireland, very few stadiums - bar ones like Wembley - have such a sophisticated system.

One of the drivers to updating the mobile network has been an unavoidable roadblock to providing Wi-Fi for the entire stadium. Wi-Fi, provided by eir, is available to around 25,000 people. However, the design of Croke Park makes it technically difficult to provide the convenience to those in areas like Hill 16. 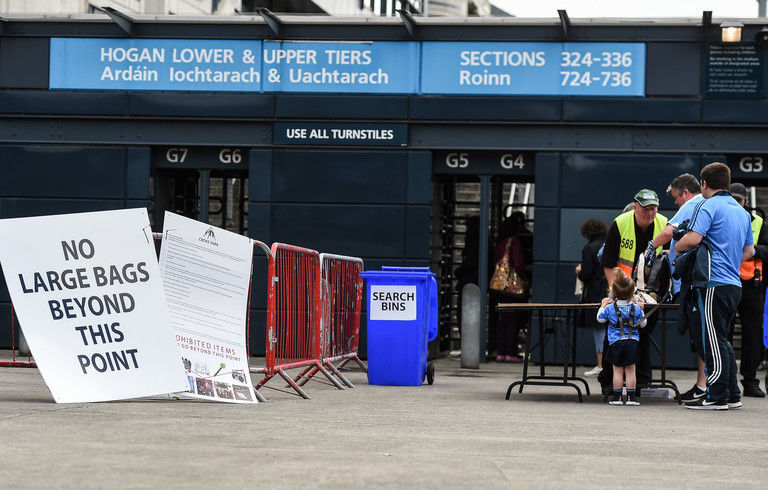 A lack of connectivity has been the blanket defence to a number of enhancements to the match day experience at Croke Park. Once that issue is solved, enrichment of how fans experience a day at the stadium will follow.

Soon enough, if you buy a ticket online, the minor but regular nuisance of having to print it out will be no more. Meehan says that all you will need is your phone.

Mobile ticketing, that’s something that we’re working on; that will be delivered very quickly, as soon as we get appropriate connectivity, that will be pushed out.

The technology to do that currently is there. The ticketing software that’s used is capable of doing it. The barcode scanners that are used are capable of reading from a mobile device.

The challenge we have is connectivity. If you have a queue of 100 people with mobile phone tickets and suddenly they lose connectivity, it’s a problem.

There will also be enhancements beyond the simple notion of easier entry to Croke Park. The dilemma of wondering if you should leave your seat at half-time - maybe even before the whistle - to join a slow-moving queue for a cup of tea and Dairy Milk will be no more.

Within the next two to three years, you will have the option of pre-ordering food and beverages. 'If you’re on level three or level seven,' says Tomás Meehan, 'and you want to get your cup of tea or ham sandwich at half-time, you can pre-order that and go to a dedicated queue and collect it.'

Annoyance regarding the current lack of connectivity at Croke Park is not the only aspect of modern fandom the GAA realises it must address. There's also the increasing allure of simply watching a match at home.

Expectations are changing. The GAA needs to meet those of a generation whose first question is, 'What's the Wi-Fi password?' It's no longer good enough to simply be at a game, you have to show people you are there too. Attendances being maintained are crucial to the heartbeat of the Association, it knows that it must adapt.

If we’re trying to attract people to live sport and ensure that people choose to come to the stadium instead of watching it from home, we need to be able to compete with that.

Joe Canning’s point a number of weeks ago from the sideline - you didn’t get a great view from the Hogan but the camera on the Cusack would have a better angle.

Just as replays of moments from games will be presented through an app, so will statistics. Numbers key to understanding games - kick outs or puck outs won, the percentage of possession - will be available in real time in your hand. There's also the possibility of fans at the stadium being able to vote for their Man of the Match. 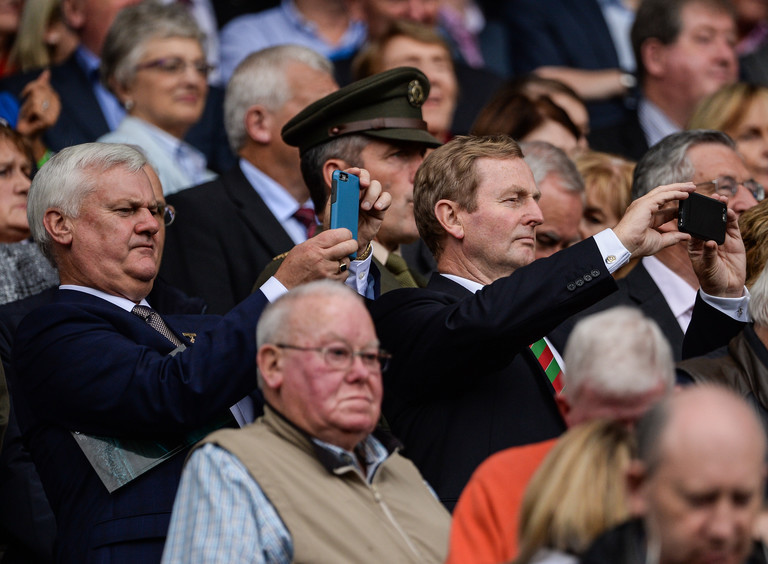 For GAA fans, connecting to the internet while attending games is not just a problem when they're at Croke Park. If you're at a Munster final in Killarney or Thurles, a Connacht final in Salthill, and many other venues, similar issues exist. The GAA is working with Ericsson to deliver what are called COWs (Cells On Wheels).

If there’s a big game in Ballybofey and we don’t have connectivity, we could roll it in for the day using the Ericsson technology, provide connectivity and then take it back out when the Championship is over or whatever. We are looking at ways to do that.

Once the connectivity is there and we have that same platform, the concept of being able to see footage or replays at the match would hold.

Food and beverage or whatever might not be as sophisticated. Certainly in Tuam Stadium, I know it’s a biscuit tin with money in it.

The technology which Ericsson provides is changing rapidly according to John Griffin. Especially in terms of the size of equipment, major leaps have been made over the last five years.

When we did the Olympics in London, the physical size of what we had to install and do were quite large systems and today those are 20% of what they were. Things have changed very dramatically, very quickly. It gives you the ability to move stuff around quickly and easily.

In the next 10 years, 5G will come and that will change the dynamic of what connectivity means. It also means that you will be connecting devices, and a device could be anything, it could be a sliotar. Then you open up lots of possibilities in terms of what you can record and track.

For an older generation, these advancements might not mean much, but in the battle for the GAA to maintain its relevance with younger people - given the myriad of options now warring for their attention - they are vital.

See Also: An Amazing Broadcasting Streak Will End During The All-Ireland Hurling Final