For the second year in succession, Ladies Gaelic football has demonstrated its growing popularity in hard numbers.

One year after 46,286 people arrived in Croke Park for the junior, intermediate and senior finals, it was announced during half-time in the concluding final between Dublin and Cork that this record had only lasted 12 months.

To watch Louth vs Limerick (junior), Tyrone vs Meath (intermediate) and Dublin vs Cork (senior), 50,141 people came to Croke Park this afternoon.

Continuing on the magnificent work being done to improve the popularity of Ladies Gaelic football, today's figure falls only a few thousand people short of the number that came to see the Dublin men's All-Ireland semi-final defeat of Galway. 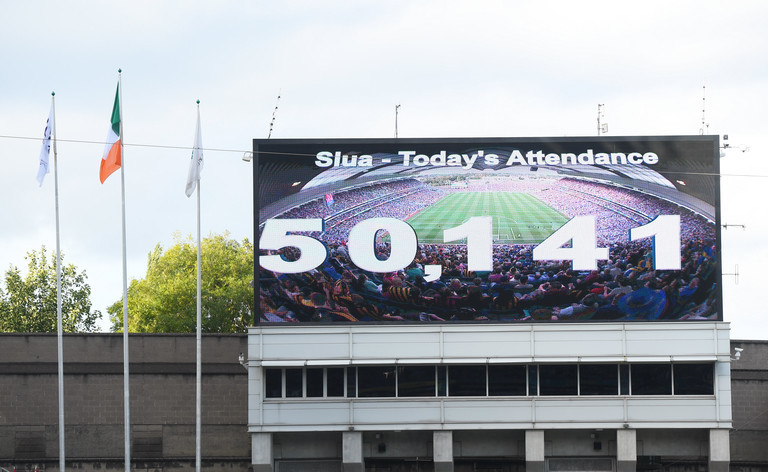 Furthermore, 50,141 is almost 600 more than the alternative semi-final clash between Tyrone and Monaghan managed to attract.