As much as there has been some good work done in promoting hurling outside of the traditionally stronger counties, it's still fair to say that the small ball is not treated as an equal by many county boards throughout the country.

Overturning decades of tradition is never easy, especially when some of the counties involved want to focus on competing at provincial and All-Ireland level in football. For some, the lower tier hurling competitions just don't hold the same appeal.

Often they can be left short in funding in comparison to their football counterparts, something the general public don't necessarily see. In other cases, the favouritism is more obvious.

Tyrone have made some major strides over the last decade or so, winning a pair of Lory Meaghar titles and a Nicky Rackard Cup back in 2014. They have also one league titles at Division 3A and Division 3B.

They have been consistently competitive at Nicky Rackard level, reaching the semi-final in each of the last four years.

You would think now would be the time to push hurling on at senior level, but that doesn't seem to be high on the priorities in the county. In fact, the senior team have yet to recruit a manager for the 2021 season.

When you consider that inter-county training was originally due to start next week, this is far from ideal.

Damian Casey, who has starred for the county for Tyrone since 2012, has now taken to Twitter to vent his frustrations at the situation.

Are @TyroneGAALive hurlers the only county team in the country who haven’t got a manager, for what was supposed to be one week away from collective training resuming?? Not for the first time, we’ve been let down by a county board who don’t give a fuck!!

Casey has racked up an astonishing 6-169 in championship competitions since 2013, making him one of the most prolific forwards in the country. He was also included in the 'Champions 15' in 2019 as one of the best hurlers in the lower tier competitions.

When you put as much into your craft as he has, we can only imagine how frustrating it must be to seemingly be treated as an afterthought by your county board. 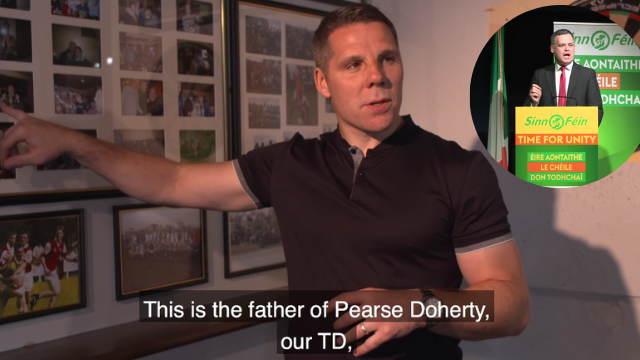 GAA
3 hours ago
By Donny Mahoney
Eddie Brennan On Laois Exit: 'There Was A Huge Reduction In Resources'
GAA
2 days ago
By Balls Team
RTÉ Viewers Captivated By Leitrim Hurler Zak Moradi
GAA
6 days ago
By Balls Team
A Photo Tribute To The Spartan Beauty Of January GAA
Popular on Balls
Premier League
22 hours ago
By Gary Connaughton
Gary Pallister Reveals Feguson's Dressing Room Reaction To Cantona Kung-Fu Kick
GAA
20 hours ago
By Mark Farrelly
22 Essential GAA Phrases You Need To Know To Be Considered A True Fan
Football
20 hours ago
By Gary Connaughton
One Year On, Was Roy Keane Proven Right In Lampard/Solskjaer Debate?