Dan McCormack Is Hoping History Repeats Itself In All-Ireland Final

Borris-Ileigh and Ballyhale will enter this weekend's All-Ireland final from very different places. While the Kilkenny side will be hoping to claim the crown for the second year on the trot (and a seventh time in their history), their opponents will play on this stage for the first time since 1987.

Not that it will phase them. The Tipperary side have shown that they certainly aren't hindered by playing on the biggest stage, even if Sunday's final will provide their sternest test to date.

Despite this, Dan McCormack said the whole parish is eagerly anticipating their trip to Croke Park.

No matter what shop you go into or the butcher or the post office, it's all people want to talk about and it's greta to see, everyone's excited, everyone is on a high and you can see everyone around the parish, all the bunting is gone up and it's something that doesn't come around too often in Borris-Ileigh and we're fully embracing it now that it has.

The new date for this year's decider has proven a challenge for the teams involved. There was no Christmas break for those fortunate enough to reach this stage, with a five week gap between the provincial finals and the All-Ireland series.

McCormack certainly found it a challenge.

"I remember talking to one or two lads from Toomevara, they admitted themselves that they found it very difficult to master the break," he said.

"One of the times they stopped training completely until just a few weeks before it and another time they trained right through it whereas a five-week gap is a lot more manageable.

"We stayed training throughout the five weeks, we had two challenge matches, we played Kerry and UL and that kind of took us in nicely two weeks out from the semi-final against St Thomas'. It was well worked and we still felt like we had momentum, we didn't feel like we had a whole pile lost within the five weeks." 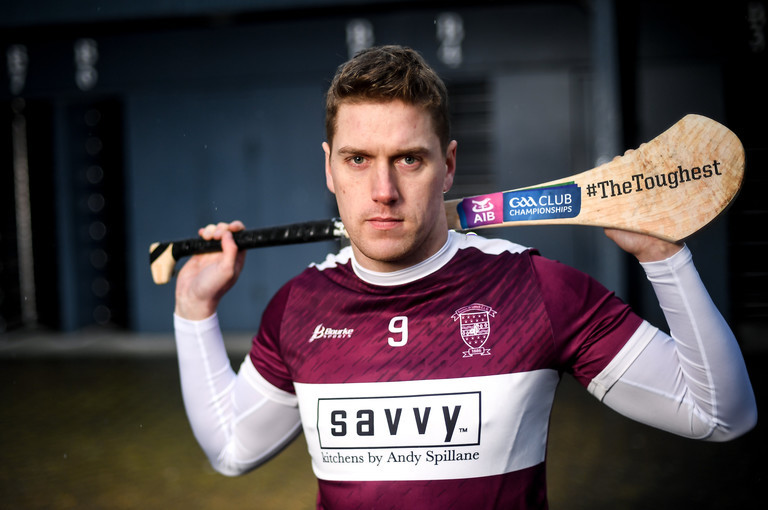 Borris-Ileigh may not have had any recent success in this competition, but they have been here before. They were crowned All-Ireland champions back in 1987, an occasion that lives within the folklore of the club. McCormack says it has been hard to hide from the reminders of that team:

It's 33 years ago and you would have heard all the great stories that have happened throughout the past, you would have grown up hearing stories about the All-Ireland final in 1987, going up on the train and the celebrations going home but it's probably a different era.

We're probably lucky that we've been in situations like this before, especially against Ballygunner where we would have been rank outsiders, our backs would have been to the wall big time and we really needed a big performance to win that game. There's a lot of similarities between that game and what's coming again on Sunday, a team littered with inter-county players and ourselves being massive underdogs you know...

It is strange and you're often asked that 'you must be tires, you must be tired?' but when you're winning games and important medals that you didn't really think you were going to win, you just want to keep it going, you want to keep hurling and keep winning and going for the next medal.

We're all well aware in Borris that it took 33 years for this to happen again and it might take another 33 before we get back to Croke Park so you want to win as much as you can while you can.

SEE ALSO: 'I Made A Decision To Get Fit, Lose Weight And Push On To Being An Outfield Player'