'If I Took A Break But Stayed Here, You Don’t Get Away. You Would Hear Talk Constantly'

They love their football. Nestling as a gateway from the propriety of Leinster to the wilderness of Ulster, Cavan endures as a Gaelic football-obsessed county. A compulsion, the common language. It is no coincidence the biggest county final attendance of 2018 could be found in the Breffni stronghold.

Dara McVeety was born into this fanaticism and moulded by it. The 26-year old has just completed his seventh year of inter-county football. His senior career has so far been a distinctly different experience from his success-laden underage one; four provincial U21 titles and a minor one to boot from 2011 onwards.

The step up to the senior inter-county game proved a significant one. A then energetic half-back emerged to a game struggling to find a balance between manufactured force and natural football. It was about steel as much as skill and he had to embody that. 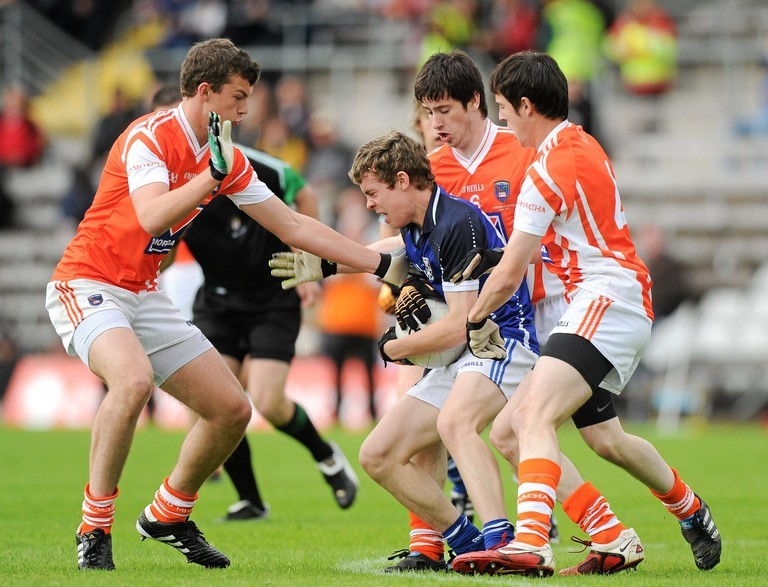 So his 72kg frame had to expand to 82kg. His calorie intake was tailored to well north of 3,000 a day. It was maximum effort for minute improvements that were mandatory to survive in the modern game.

"When I started it was just bulk. Everyone was on about it: 'get as heavy as you can'. Build size and strength," McVeety tells Balls.ie.

"But then it changed. You look at Aussie Rules with much leaner athletes. Gaelic football is the same now. There is a fine line. You are finetuning it the whole time.

"I worked with the then Cavan strength and conditioning coach, Eoin Maguire. He sat me down and said, 'if you want to be a full intercounty player, you need to put on a lot of weight'. He gave me a programme to train four days a week and eat as well.

"It takes a lot of work. You can't just go to your team sessions.

"I struggled to put on weight, so I had to consciously eat a lot of calories everyday and gym on my own to make sure I was in proper shape. I find myself if I take any break, I get skinnier and much lighter. Most people take a break and put on weight, but I find the opposite.

"I started out using MyFitnessPal, a calorie-counting app. Once I knew my total, I'd just eat the same thing every day to make sure I had it right."

Yet for current players, that work is compulsory.

I have played seven years with Cavan. I have seen so many lads come in and they were really, really good footballers. I mean potentially top class. But the reason they didn’t make it is their athleticism let them down.

No matter how skilful you are now, if you cannot get up and down the field and then take a score, you are finished. If you are not strong enough to win your ball push a lad off and then score... Athleticism is so important.

That is what gives you the freedom to use your skills. It is not a good or bad thing; it is just the way it is.

2019 brought mixed fortunes aplenty, both collectively and individually. It began with a competitive league campaign that ended in relegation to division two. The championship brought some great days; victories over Monaghan and Armagh protruding as a major highlight.

On top of that, the emergence of a host of new faces like Conor Brady and Oisin Pierson was a welcomed and long-awaited development.

McVeety was Man of the Match in that Ulster semi-final but that is little consolation for the ultimate conclusion. An Ulster final loss against Donegal, followed by a 16 point hammering against Tyrone in the qualifiers; "A disaster, to be honest," he exclaims with a grimace. 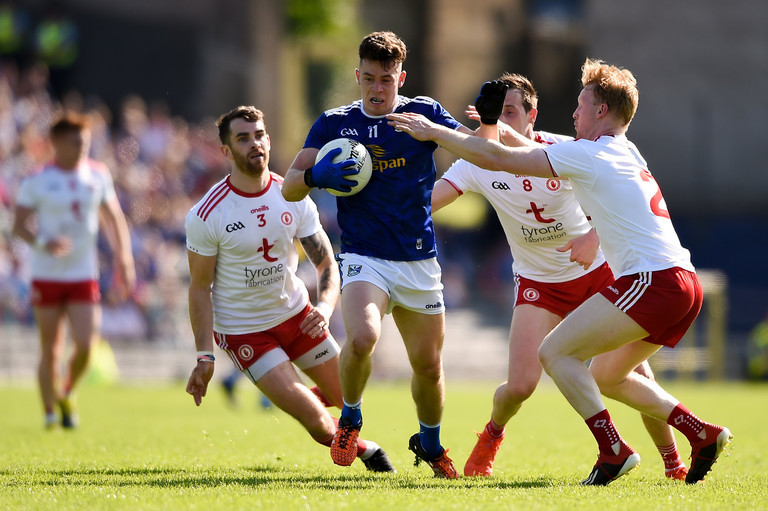 His assessment veers between signs of progression and crushing disappointment, it is clear McVeety still carries some hurt at the way the year ended. Football can be a blessing and it can be a curse, Cavan felt both.

"An Ulster final is a success but we did not win anything. There are pros and cons I suppose, it is hard to know... It was so positive when we got to an Ulster final around Cavan, but the negativity wouldn’t be long coming back around when we lost to Donegal and Tyrone.

Was the defeat against Donegal a mental block as well as a physical one?

"There was a lot of hype around the county; lads might have listened to it and got nervous. I don’t know if nerves should be there at senior level... We did not perform."

Already in his career, he has captained his club and county. McVeety talks in an austere fashion about football. You probably shouldn't expect any less. This is serious business and he has always treated it as such, often to the detriment of other aspects.

Teaching was his chosen profession, with holidays that lend themselves to playing intercounty. Representing Cavan has always been the dream and it matters, but it is not the only thing that does. 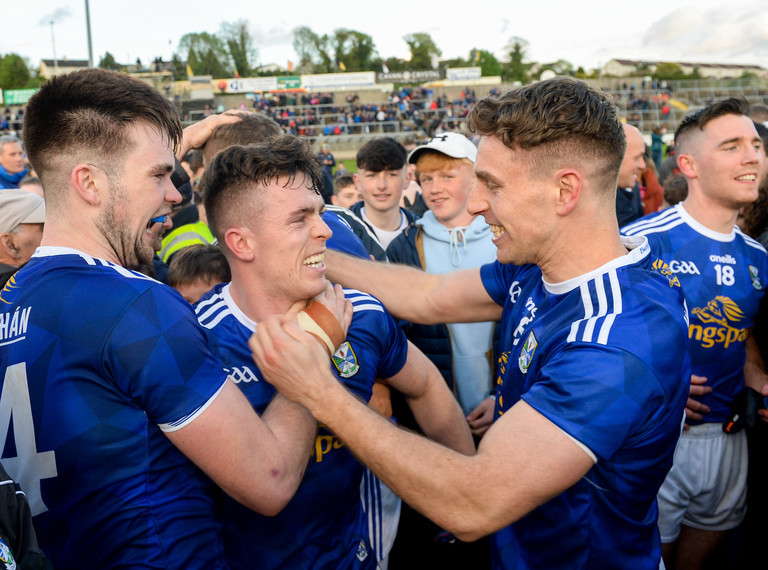 It took time to realise that.

"To be honest, the last few years it has determined my life completely. I'm on a career break right now and I told the lads I work with that we should catch up, I hadn't seen them for a few months so we said we will go see Khalid in the 3Arena tonight. Then we had training, I can't go. Sold the tickets.

"It is a bubble. I have been too wrapped up in it. It would often determine my mood. When things aren't going my way I would be in shitty form."

Recently he returned to university and completed a masters. Club championship is currently underway and after that, it is time to change tack.

"It is a hobby. I learned that the hard way. It took me a long time to learn it. There is your work career, family, friends stuff like that. Stuff that matters.

"I am going away in a few weeks. At the end of October, I am heading to South America for a few months with a few lads from college.

"I worked as a teacher and you get great holidays but sure my holidays were in the summer when championship is the priority. When I used to get away, it was with Tadhg Morley from Kerry and Chris Crummey from Dublin.

"We would go away at Halloween. I would have nearly rathered take three weeks and go in November when football is over. A real break." 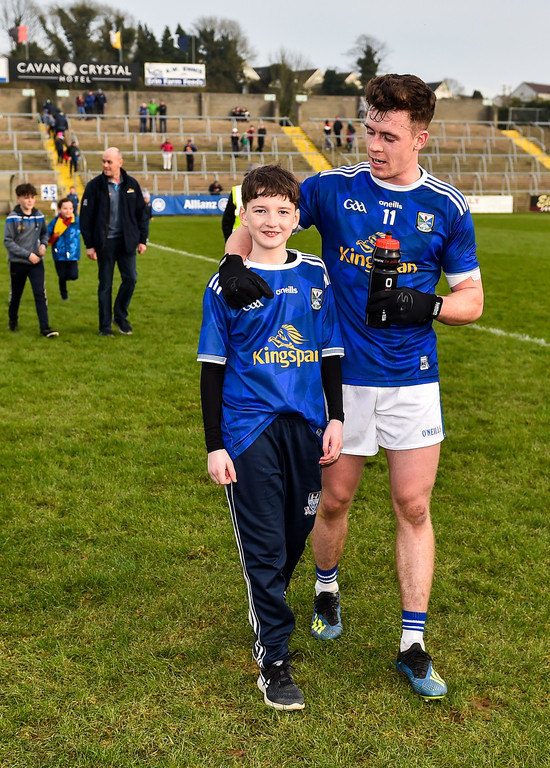 "I was chatting to Andre, our strength and conditioning coach and he said it is probably the best thing I can do.

"Every year just runs into the next. I find I have niggles then that carry over. I mean I had a grade 2 tear in my groin after the Monaghan game, I was not expecting to play against Armagh. It builds up. I had two bad hamstring tears over the last two years.

"It is a chance to take a break. Even if I take a break but stayed here, you don’t get away from it. You would hear talk constantly. 'Why aren't you in? Did something happen?'

"When you go away, you are just away. Life goes on. I always wanted to do it anyway, it fell well. It is the right time."

After he returns he will join up again with the county set-up. Football still means as much as it ever did. A step away from the mania will have major benefits in the long run.

They are a county of dreamers hoping for their day in the sun. Every year anticipating its arrival, every year crestfallen when it doesn't.

I just find Cavan fans are great when things are going well but there is huge negatively then as well when things aren’t. I get used to it and kind of deal with it, but I often wonder about younger lads seeing stuff.

The negativity would definitely get through. Negative stuff about Cavan football, look that is the case all over the country but now there are platforms for anybody to basically send you a message. You get something off a fella with an egg for a profile picture. They can say whatever they want.

I see it as white noise, easy to say I guess. I know the GPA have been doing workshops lately and I think it is a great idea.

Football will always be there and so will the infatuation with it. This weekend will bring a senior semi-final clash as his beloved Crosserlough take on Ramor. In a couple of weeks, he will set sail for South America for a break with friends.

Savouring both, striving to make sure one does not define the other.

"You have to do that work in the gym and all the nutrition stuff but there is a balance and I haven’t struck it well yet. That is what I'm trying to do. Football was created for us to enjoy it."

GAA
4 months ago
By Mark Farrelly
Quiz: Name Every All-Ireland Football Final Man Of The Match Since 2010
Hurling
1 year ago
By Michael McCarthy
Quiz: Do You Remember The 2019 Intercounty Football And Hurling Championships?
GAA
2 years ago
By Maurice Brosnan
Jason Sherlock Addresses Inaccurate Reports That He Had Left The Dublin Set-Up
Previous Next

GAA
4 months ago
By Mark Farrelly
Quiz: Name Every All-Ireland Football Final Man Of The Match Since 2010
Hurling
1 year ago
By Michael McCarthy
Quiz: Do You Remember The 2019 Intercounty Football And Hurling Championships?
GAA
2 years ago
By Maurice Brosnan
Jason Sherlock Addresses Inaccurate Reports That He Had Left The Dublin Set-Up
Popular on Balls
Football
1 day ago
By John Dodge
These Are The Irish Footballers Who've Received Ballon D'Or Votes
Rugby
10 hours ago
By Colman Stanley
Jimmy O'Brien Announced His Arrival On The Biggest Stage This Afternoon
The Rewind
14 hours ago
By Gary Connaughton
Quiz: From Which Irish County Did This Company/Product Originate?
Football
17 hours ago
By Gary Connaughton
Carragher Reveals Unhappy Instagram Message From Lionel Messi After MNF Comments