After securing promotion to Division One for next year's Allianz Football League, Cavan have been dealt a cruel blow ahead of their Ulster championship tie against Donegal; Dara McVeety will play no part.

One of Mattie McGleenan's outstanding players throughout Cavan's league run this year, McVeety already had 1-03 on the board in Sunday's second-tier final against Roscommon before injury hit.

Dara McVeety sneaks one into the bottom corner! Goal for Cavan! pic.twitter.com/OQVuuYiWkJ

Hoping to claim their first provincial crown since 1997, McVeety will now play no part against Declan Bonner's Donegal. Relegated to Division Two after a final-day draw against Mayo, they will be keen to put a disappointing campaign behind them as they look to the championship.

Having suffered a torn hamstring, it wasn't initially clear how severe McVeety's injury would be for Cavan. However, speaking to The Irish News, McGleenan confirmed that the Crosserlough forward will not travel to Ballybofey with the team. 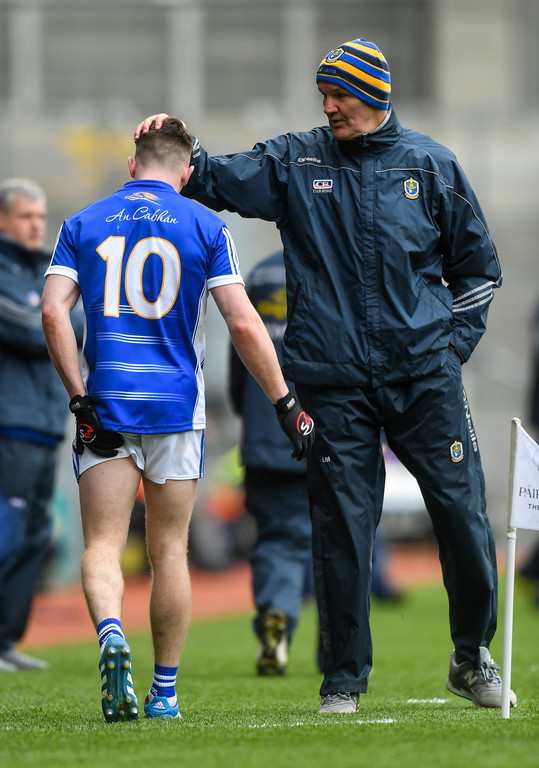 Although Cavan's place in the preliminary round of the Ulster championship would have appeared detrimental to their hopes of claiming the provincial crown, victory against Donegal would leave them feeling confident that they could overcome one of the latest inductees to Division Four; Derry.

After that, a semi-final tie against the winners of Down v Antrim appears equally manageable.

It is with this route in mind that many Cavan people will now look to McVeety's absence for that Donegal clash as a serious blow to their chances. If they can beat Bonner's men however, the 6/8 weeks he is due out could see him return in time for the later rounds of the Ulster championship.

See Also: The 'So-Called Weaker Counties' Team Of The League