Dark Days On Hill 16: When Life Wasn't As Rosy For The Dublin Faithful

Later today, Dublin will contest their fifth All-Ireland Final in seven years. They have won all four years they've made the final, and today will look to complete their first "Three-in-a-row" since 1923. A great time to be alive the Hill 16 Army.

But despite what many very young 'uns might believe now, supporting Dublin is not one big party.

The dark days, all bar one of them occurring between 1995 and 2011, when the habitues of The Hill trooped home disappointed, but kept the faith through it all. 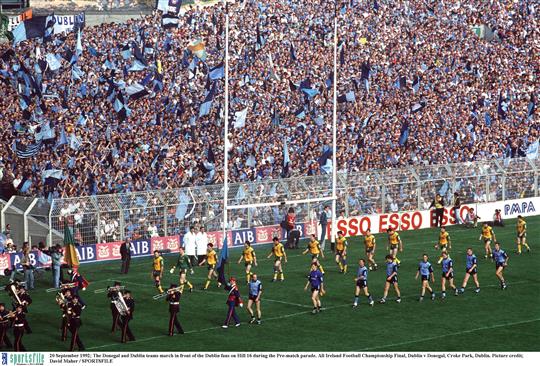 As Kieran Cunningham has written, '1992 has always been put forward as Exhibit A in the impact of hype on Dublin teams.'

It was nine years since the 12 apostles had clung on grimly against Galway in the 1983 All-Ireland final and everyone decided the Dubs were overdue an All-Ireland.

They got over the line in Leinster in '92 after Laois had taken Meath out of the equation. It's probable that Dublin would have beaten Meath anyway and avenged the dramatic defeat in 1991.

None of the other All-Ireland semi-finalists were thought too intimidating. The Dubs would have expected to meet Kerry but Clare upset them in the Munster Final. Mayo were in rag order and were in revolt against their manager but weren't so bad that they didn't win a Connacht championship, which was plumbing new depths. Donegal meanwhile had reached numerous All-Ireland semi-finals in the previous 20 years and failed to win any of them.

The Dublin players spent the week of the All-Ireland final doing fashion shoots and radio promotions. The charismatic but placid manager Paddy Cullen spent some of the lead-in advertising washing machines. He had a more free and easy attitude to life that Jim Gavin. Was altogether less on message.

The Dubs started the game well but Donegal grew into it and the Dubs struggled to get their hands on ball. By the end, they were beaten by four points and the Hill was stunned.

Amazingly, the open-topped bus tour that had been scheduled for the following day went ahead. Much to the mortification of the players. 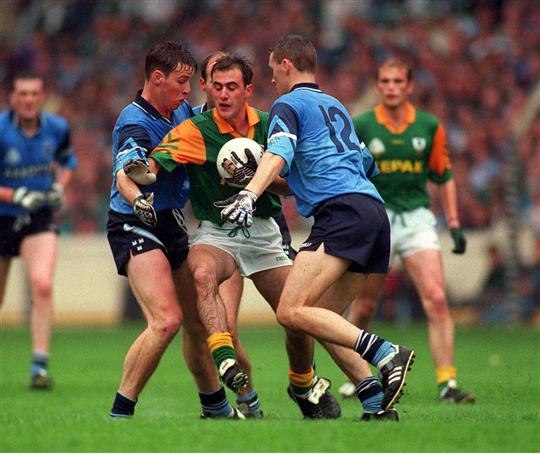 After numerous disappointments, the Dublin team of the early-to-mid 90s heaved themselves over the line and won the 1995 All-Ireland final. Soon after manager Pat O'Neill promptly resigned in curious circumstances.

Mickey Whelan assumed the role. He took over an ageing side. Privately believing that they'd been lucky to win in '95, he tried to introduce radical change in their lives. The battle-weary Dublin team were stubbornly resistant to their manager's earnest prognostications.

Having been slaughtered in the previous year's Leinster Final, Meath returned with a new look team. With Colm O'Rourke's retirement, there were now only two survivors from the late 80s All-Ireland winning team, Martin O'Connell and Colm Coyle. Still, the new players quickly revealed themselves to be a tasty bunch, a few having graduated from the 1993 All-Ireland winning minor team.

On an impossibly dour and rain-sodden day, Meath eked out their first win over the Dubs in five seasons. The mood in the Dublin dressing room afterwards was poisonous. The game kickstarted a negative cycle for the Dublin footballers in the province which was to last until early into the new millennium. 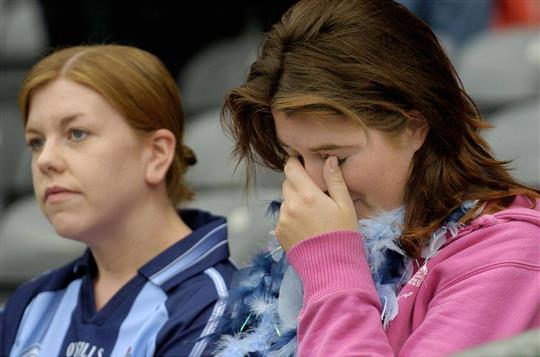 There's been a mountain of stuff written about this game. Suffice to say, the agonising nature of the loss was compounded by the indignity of Mayo impetuously storming the Dublin citadel before the game.

Their warming up in front of the Hill presumably had Dublin-based legislators scrambling for rulebooks to see whether the 'stunt' was legal. Alas, there was no such rule guaranteeing the Dubs the right to warm up at a goal of their choice. The matter has yet to come before Congress

The decision to warm up in front of the Hill goal annoyed the crowd and it arguably annoyed the Dublin players and management even more.

Dublin led by seven points at one stage in the second half but such was was the topsy-turvy nature of the game that this lead strangely never felt secure. Ciaran McDonald whipped over a magnificent late point under the watchful eyes of the Hill.

The wait for an All-Ireland appearance was beginning to wear on people now. 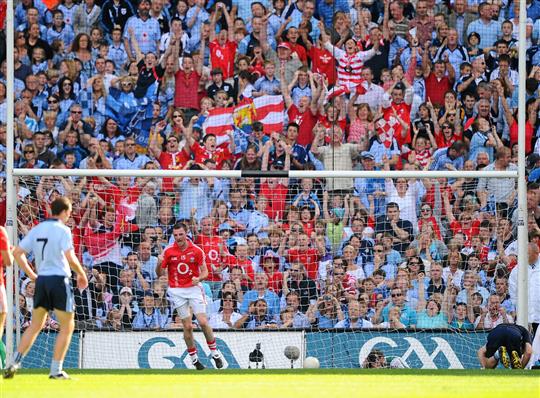 The 2009 humiliation was a watershed for Dublin. Pat Gilroy performed some very radical and very intensive surgery on the patient over the League.

By the championship came around, the patient was still walking stiffly. Only a late burst allowed them get over Wexford. Shortly afterwards, their defence malfunctioned badly and Meath slammed five goals past them.

However, their defensive re-organisation began to take shape down the qualifiers and results followed. The victory over Armagh was greeted with relief and gratitude after a harrowing early summer. The win over Tyrone more or less confirmed that the Dubs were on the right track and vindicated what Gilroy was doing.

They might have won the All-Ireland that year had discipline not cost them late in the semi-final against Cork. For most of the game they looked like winning. In the last 15 minutes, they gave up a glut of frees and conceded one penalty. The smash and grab nature of Cork's win was difficult to stomach for Dublin fans.

It's embarrassing to think that Dublin entered the 2009 All-Ireland quarter-final against Kerry as favourites. The reason for this was Kerry's miserable loss to Cork in Munster and their stuttering progress in the qualifiers when they made alarmingly heavy weather of getting past Longford and Sligo.

The latter, in particular, were a whisker away from dumping Kerry out of the championship - and in Tralee too. David Kelly missed a penalty with less than ten minutes remaining and Kerry ended up the right side of the result by a point.

The game itself was a very aggressive repudiation of everything that had been said in the pre-match build up. Kerry grabbed a goal immediately and then continued to motor off into the distance. Soon they were a speck on the horizon.

Surely, the worst day ever on the Hill. But would losing to Mayo in Sunday's All-Ireland be worse?

GAA
6 hours ago
By Maurice Brosnan
Why It Is Wrong To Say The Art Of Defending Is Dead In Gaelic Football
GAA
20 hours ago
By Gary Connaughton
The Definitive Ranking Of Every County's 2021 Away Jersey
GAA
1 day ago
By Eoin Harrington
When Is The 2021 All-Ireland Football Final?
Previous Next